Anthoine Hubert is hoping that his current links with Renault will help him break into Formula 1 in 2021.

Currently the 22-year-old French driver is taking part in his first season of competition in Formula 2, having previously secured the GP3 title in 2018 with ART.

Now racing for BWT Arden, he's currently in eighth place in his rookie season with two reverse-grid sprint race wins under his belt at Monaco and Paul Ricard.

But more importantly as far as his F1 future is concerned, he's attracted the attention of the Renault works team and such luminaries there as Cyril Abiteboul, Alain Prost and Jerome Stoll.

"I know I'm linked to an F1 team now," Hubert said in a podcast for the official Formula 2 website. "I know that if I do good things, it's noticed.

"I had the chance to meet [Prost] two years ago in the Renault Sport Academy. I spent time with Alain, he gave me a lot of advice.

"We sort of compared my style to his - especially last year, because of my handling of the races and the fact that I was thinking about the championship.

"I know that if I'm good in F2, I'll have maybe the possibility of joining Renault F1," he added.

"We did a strong first half of the season, that has helped us and we need to show what I am capable of."

However Hubert faces some stiff competition from fellow rookie Guan Yu Zhou, who is also part of the Renault junior programme. Zhou currently leads Hubert by 30 points in the championship standings.

Hubert is seeking to extend a long line of French success in F1, although only Prost has successfully managed to go on and clinch the world championship in the past.

Other big names include René Arnoux, Jacques Laffite, Didier Pironi, Patrick Tambay, Jean Alesi and Olivier Panis, who was the last Frenchman to win a Formula 1 Grand Prix at Monaco in 1996. 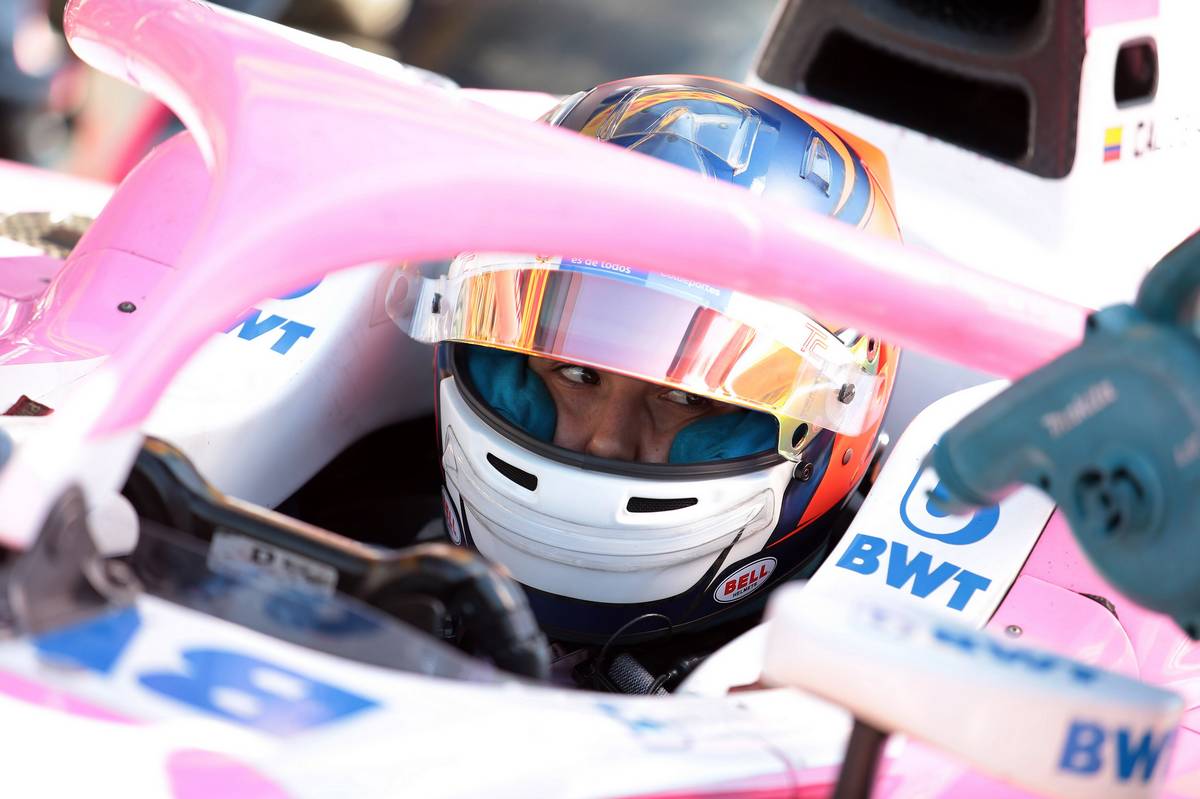 "If I can reach F1 and win, it will obviously be fantastic to continue the French legend in F1," Hubert said.

"It would be fantastic to be the next French winner. Or a French winner, if those who are currently there can win. I fully support them."

Currently Haas driver Romain Grosjean is the longest-serving French driver in the sport ahead of Pierre Gasly, while former Force India driver Esteban Ocon is hoping to return to action in 2020.

Hubert's current F2 rivals and compatriots Giuliano Alesi and Dorian Boccolacci are also looking to make their big break into F1 in the next two or three seasons.

But Hubert admitted that it's likely he will be staying where he is for another season before getting a chance at F1. That could give him an extra edge, with F2 moving to 18-inch wheels a year before F1 makes the same change.

“Talks have started for next year," he said. "It looks like I’m going to do another season of F2. Of course we need to find the money for it and work for it.

“The target will be to fight for the [2020] title" he added. "We are looking at different options. We have different possibilities.

"Some teams are interested in me so that’s a really good point," he said. “At the same time, I’m staying focused on my job and what I have to do."

The current leader of the Formula 2 championship is ART's Nyck de Vries. Whoever clinches the title is ineligible to return in 2020, so that may open up a plum spot for Hubert next season.

And current second-place challenger Nicolas Latifi is being increasingly linked with a chance of moving into F1 with Williams next season, which would leave an open seat at DAMS - the squad currently leading the team championship standings.

Alexander Albon drove for DAMS last season before getting the call to join Toro Rosso. The London-born Thai driver has just been promoted to the senior Red Bull team with effect from the next race at Spa-Francorchamps.

Previous DAMS drivers in F2/GP2 include Grosjean, Gasly, Jolyon Palmer, Marcus Ericsson, Felipe Nasr and Jérôme d'Ambrosio, all of whom went on to compete in F1.

Ferrari holding out over too many standardised parts