Many motor racing championships are based on a single chassis supplied to all teams, but Binotto believes that's antithetical to F1 where there has always been equal emphasis on the battle between different constructors.

However the sport's new owners, Liberty Media, are pushing towards more standard parts on cars from 2021 in order to help reduce costs and improve on-track competitiveness. Wheels and brake system are among the parts that may be standardised across all ten F1 teams.

But Binotto has restated that as far as he and Ferrari are concerned, that's a bad move.

“I am not happy yet,” he told Autosport this month. "Since the very beginning we always said that we are against the standardisation.

"I feel we are going too much in the direction of standardisation," he continued. "We believe that the DNA of this sport is competition, and standardising somehow is against the spirit.

"While I understand the reason of them, I think we need to be careful in evaluating the risk versus benefit and not forget also the final objective."

The topic of standardisation is just one of the many reasons why talks between teams, Liberty, the FIA and Pirelli about new sporting and technical rules for 2021 appear to have stalled in recent months.

The new regulations were meant to have been unveiled and signed off in June, but have now been put back to October amid ongoing disagreements between the parties involved.

Binotto pointed out that his objections to standardisation went beyond the 'spirit' of the sport and extended into the business and economic aspects of F1 as well.

"Whatever you're doing standard doesn't mean that you are saving money," he explained. "You need to re-engineer your car, your components, around the new component.

"That has an impact as well on the economical, so I'm not sure that the balance is positive," he added. "I don't think we need standard parts to save money, because we will anyway spend whatever is the cap." 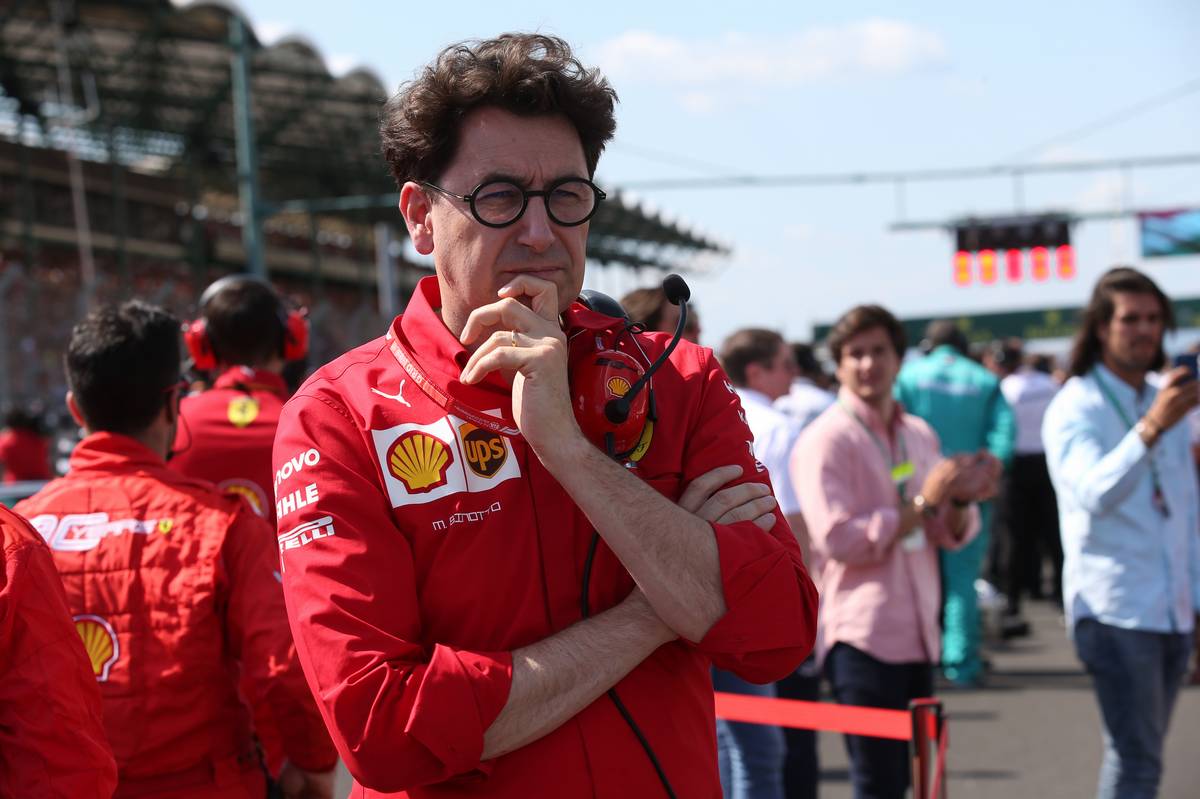 That's assuming that the new rules for 2021 do indeed lead to the introduction of a new budget cap to limit what teams can spend on their campaign. Here at least it appears that the teams are more or less in agreement.

"I think the budget cap we are all in favour, we have all subscribed already," Binotto said. "The financial regulation is a key point of the future.

"It's stopping expenses, it's closing the gap between the small and the big teams," he explained. "Even if maybe the budget which has been agreed is very high for small teams, at least you're reducing the gap."

But that just leads back to Binotto's fundamental objections about the use of standardised parts: "The top teams will spend whatever is the cap, so on the standard parts will not be affecting that respect."

And he was also doubtful about the current changes being planned on the aerodynamic side of things.

"Starting from scratch, a new regulation, there may be a lot of unintended consequences," he said. "So the level of risk is very high."

Binotto acknowledged the need to improve on-track competitiveness between the teams, but cautioned the move to making F1 too much of a 'show' rather than remembering that it is a 'sport' at heart.

"We need to really be careful on what we are deciding, we should avoid to overreact," he said as a general summary of Ferrari's approach to the current talks.

"We may have spectacle today [but] there are few things that need to be improved and which we are all in agreement. I think we should be focused on those."

Alfa Romeo line up Calderon and Correa for F1 test

Hubert keeping his eyes on F1 prize with Renault