Lewis Hamilton had little option than to concede Charles Leclerc's superior pace at Spa-Francorchamps on Saturday, following the qualifying session for the 2019 Belgian Grand Prix.

The Mercedes driver found himself 0.763s off the Monegasque's stunning pole time, and was also forced off the front row by a late flier from Leclerc's Ferrari team mate Sebastian Vettel.

It leaves Hamilton starting tomorrow's race from third place on the grid alongside his Silver Arrows team mate Valtteri Bottas.

"Congratulations to Charles, he's been so quick all weekend," Hamilton acknowledged after the end of qualifying.

"Ferrari have done a great job today. Charles did an exceptional job. I hope we can bring the fight to them tomorrow."

Leclerc was able to use clear air and Ferrari's straight-line speed to gain an advantage over his rivals. Hamilton and the rest of the field tripped up jockeying for position, trying to pick up a slipstream effect down Spa's superfast, high-speed straights.

“That was a bit slow," said Hamilton of his Q3 warm-up lap, which saw him almost run into the back of Bottas at one point which forced him to slow to a crawl.

"Obviously he was trying to keep the tow of the car in front, so I was trying to hold behind him and everyone was behind me. It was really tricky."

Hamilton added he was uncertain whether the expected overnight drop in ambient temperatures would be in Mercedes' favour in tomorrow's race, as has proved the case in the past.

"I don't know, I'd have to ask my engineers. Either way I'm going to give it everything, hopefully give these guys a good race. 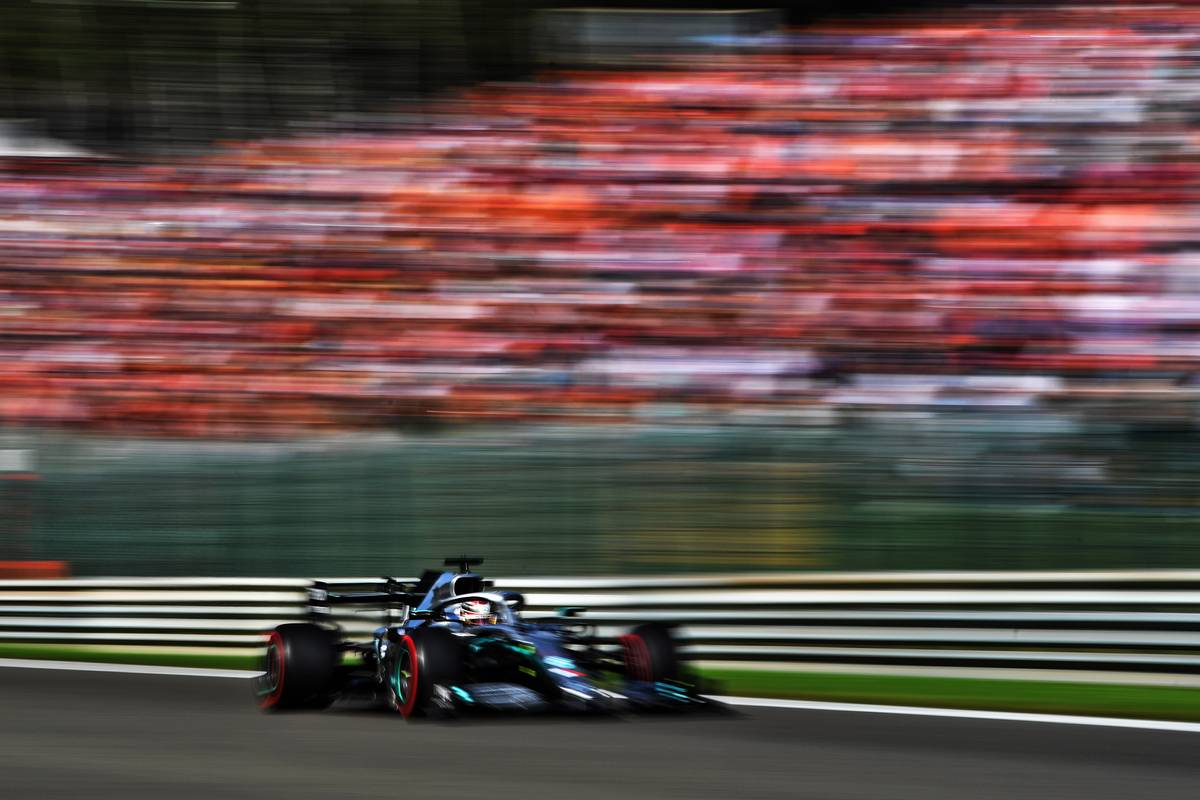 "In the long run I'm hoping we can at least give them a bit of a challenge tomorrow.

"I think a bit of their straight speed - which is where generally all the speed is - it's usually not there so much in the race.

"Hopefully we'll be there or thereabouts with them tomorrow and maybe put in some interesting strategies. We'll see."

Hamilton acknowledged that he had been lucky to even be in the running in qualifying today after seriously damaging his car in an accident during free Practice 3 just two hours earlier.

“FP3 was a terrible session for me,” he sighed. "It's painful because you know how many people work so hard to build those parts, and how hard the guys work to put the car together, and I knew that was going to be a tough challenge.

“My guys are just faultless. They always work and give 110 per cent and I'm so grateful for that," he continued. "I was really just trying to pay them back with a good qualifying session.

"Considering I missed all of FP3 - and a lot of FP1 actually - I'm grateful to be up here.”