Mercedes principal Toto Wolff says that the team only managed to make matters worse for themselves with their approach to Saturday afternoon's qualifying session for the Belgian Grand Prix.

Aware that the W10 was lacking in straight line speed compared to Ferrari - which put them at a particular disadvantage at a fast power circuit such as Spa-Francorchamps - the Mercedes strategists tried to compensate by finding a way of picking up a tow from a car in front.

But this led to congestion on the track as cars compressed together on their outlaps while trying to pick up the slipstream. At one point Lewis Hamilton almost ran into the back of team mate Valtteri Bottas as a result.

Meanwhile Charles Leclerc was out on his own in front, the Ferrari driver leaving his rivals to squabble amongst themselves as he went almost three quarters of a second faster than anyone else in Q3.

"Of course we know the tow is important," Wolff told Sky Sports F1's Karun Chandhok after the session. "But today we tripped over our own feet.

"You want to do it extra perfect and then you look like an idiot and this is what happened twice today," he said.

"We knew that it was going to be difficult and probably third and fourth was what we expected as optimum result," he continued. "It could have been second.

"[But] the power is just ridiculous on the Ferrari on these kind of tracks," he admitted. "If you have a deficit anyway with your package that's so enormous [then] you need to do everything right - and we didn't." 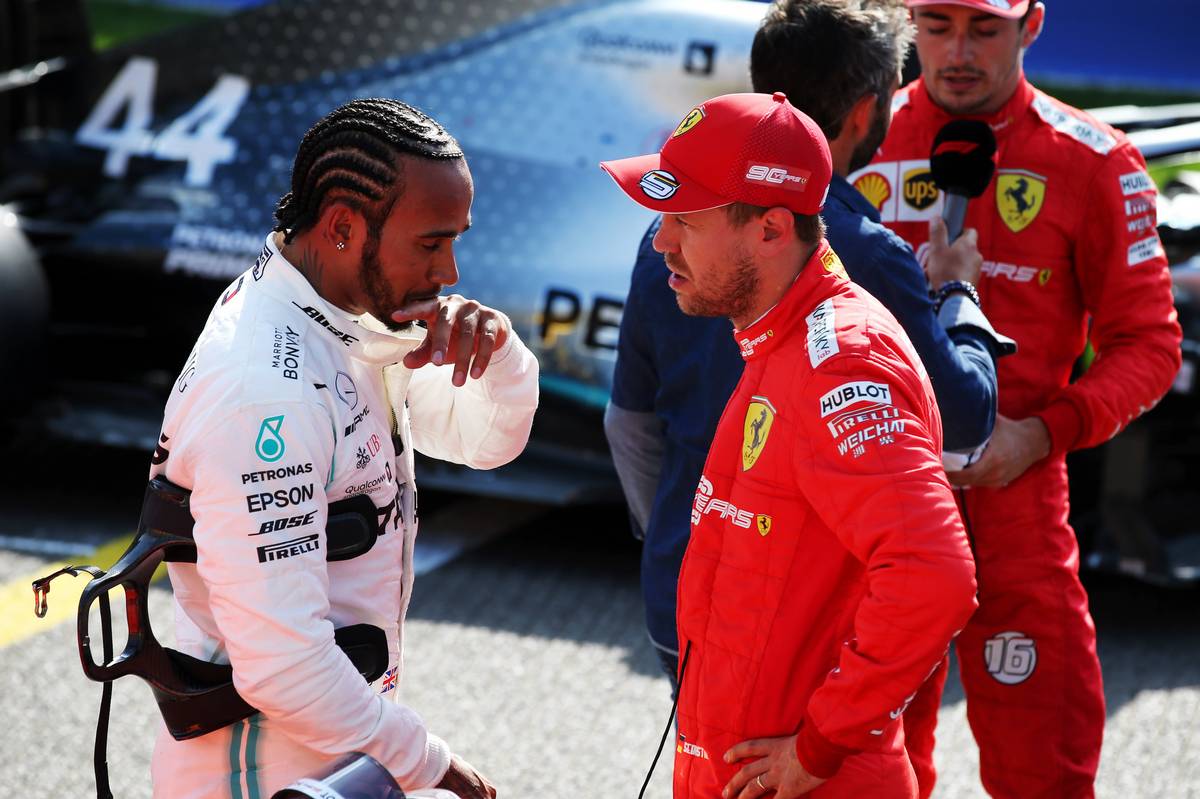 Despite lamenting how far behind their rivals Mercedes had been in qualifying, Wolff still believed that Sunday could be an altogether different matter.

Straight line speed won't be such a factor in race conditions, and cooler track temperatures are forecast which may nudge things more into the hands of Hamilton and Bottas.

There is everything to play tomorrow," he insisted. "We have a strong race car, we know they have suffered more in the races most recently.

"Straight line speed they haven't got in the way that they do in qualifying, so it's a totally different ballgame.

"But I'm still upset about the Saturday," he admitted.

Leclerc reassured Ferrari that 'it's under control'

Vettel admits that Leclerc 'did a better job today'