The final Q3 shootout of the grid-defining session was initially disrupted by a red flag caused by Alfa Romeo's Kimi Raikkonen.

When the track went green again, with just enough time for a final run, Nico Hulkenberg led the train of cars but then went straight at the first chicane into the run-off area in a deliberate attempt to avoid punching a hole in the air for his rivals.

Racing Point's Lance Stroll - who was followed by McLaren's Carlos Sainz and the Ferrari drivers - was then reluctant to push on, and the group continued at a ridiculously slow pace.

The end result of the shenanigans was that everyone with the exception of Sainz crossed the line too late for a final qualifying run, a silly state of affairs that deprived the fans of a thrilling qualifying showdown, although Ferrari and Charles Leclerc's pole position went along way towards appeasing the local crowd.

"That was even not worthy of a junior formula," an unimpressed Wolff told Sky F1's Ted Kravitz.

"The problem is that everybody is trying to get the slipstream, and it's a nerve game, who exits first [from the pitlane]. And then some that have exited first needed to reduce the speed even more going through the chicane.

"It's just junior class, and then everybody looked like idiots." 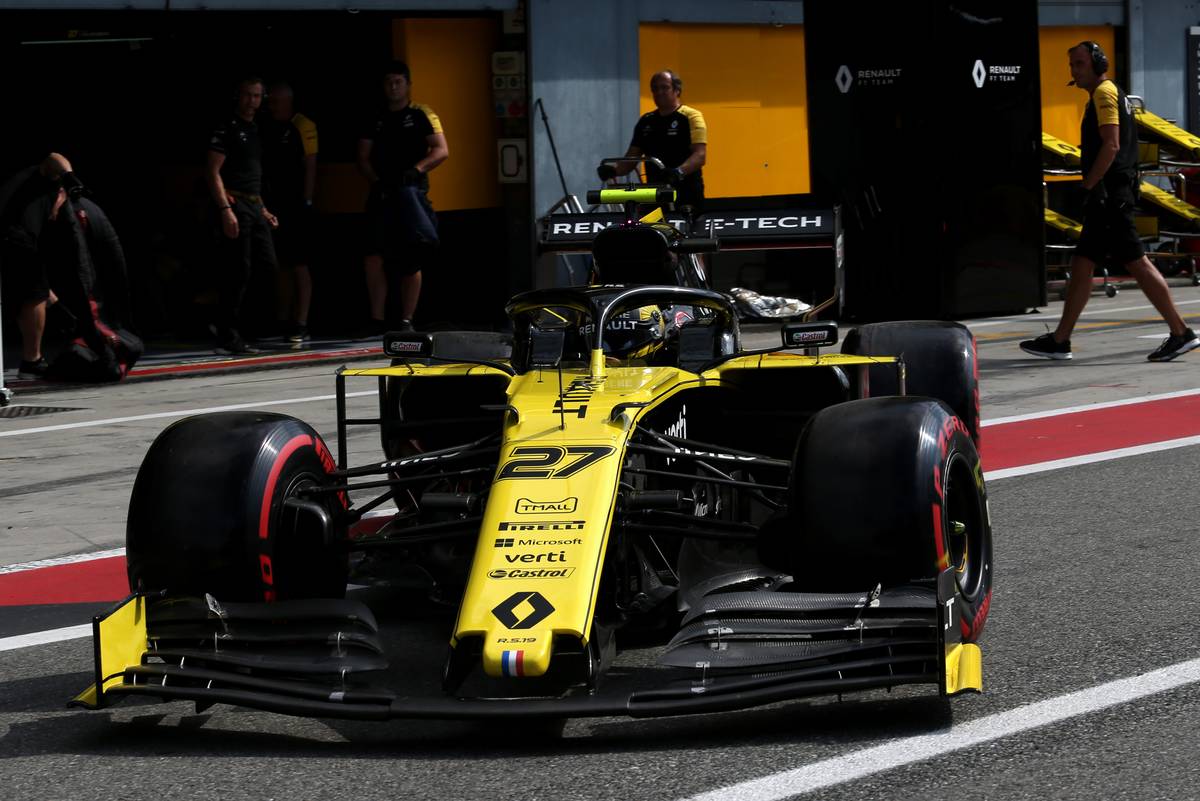 While Hulkenberg was singled out by many as the main culprit of the chaos, Wolff said everyone who was up front was to blame.

"Everybody who was at the front at a certain stage [was to blame]" he added.

"Hulkenberg leading the pack out and then going through the chicane, and then some of the other cars reducing the speed deliberately.

Queried on the anarchy that had taken place, Lewis Hamilton - who qualified P2 - displayed a warped smile as he commented on events.

"It's crazy with this timing now we have, this system we have where everyone backs up trying to get a position," said the Mercedes driver.

"They timed us out! It's interesting, get pole position in the first run and then just time everyone out!"

After qualifying, the FIA said the last lap of qualifying was under investigation, while Renault's Nico Hulkenberg was summoned to the stewards.

In Friday evening's drivers briefing, FIA race director Michael Masi had warned that penalties would possibly await those who would unnecessarily slow down or back up the field in qualifying.