Renault driver Nico Hulkenberg has been summoned to the race stewards' office after a 'shambolic' end to Saturday's qualifying session for the Italian Grand Prix.

With all nine remaining drivers in Q3 seeking to pick up a 'tow' from another car, no one wanted to be the first man out on track for the final run of the day after a red flag for Kimi Raikkonen's accident.

Hulkenberg was the first out of the garage and onto the track, but he then took to the run-off at the first chicane in an attempt to make some of the cars behind him go ahead.

Instead the rest of the drivers all slowed up, leaving Hulkenberg still in the lead. However the delay cost everyone so much time as they continued to jockey for position that only two cars actually crossed the line to start their push lap before the chequered flag came out.

The German driver has now been cited for an "alleged breach of Article 27.3 of the FIA Formula 1 Sporting Regulations by car 27 at 16:12 in turn 1, leaving the track without a justifiable reason."

It could mean that Hulkenberg loses the sixth place starting position he claimed with his initial run in Q3.

"We're all looking for a tow obviously," Hulkenberg told Sky Sports F1 immediately after the session. "If you want to do the ultimate fastest lap time that's what you need around here.

"There's so much lap time and so powerful. When you drive on your own you just lose on the straights and you can't make up that time in the corners, basically, and hence we ended up in this position.

"To some extent it's down to the cars as well, because the tow effect is massive," he added. "But of course, it was a bit weird and strange, for sure, that last lap."

Hulkenberg agreed that once he had taken to the chicane escape road, the rest of cars behind him on track simply slowed down to wait for him. 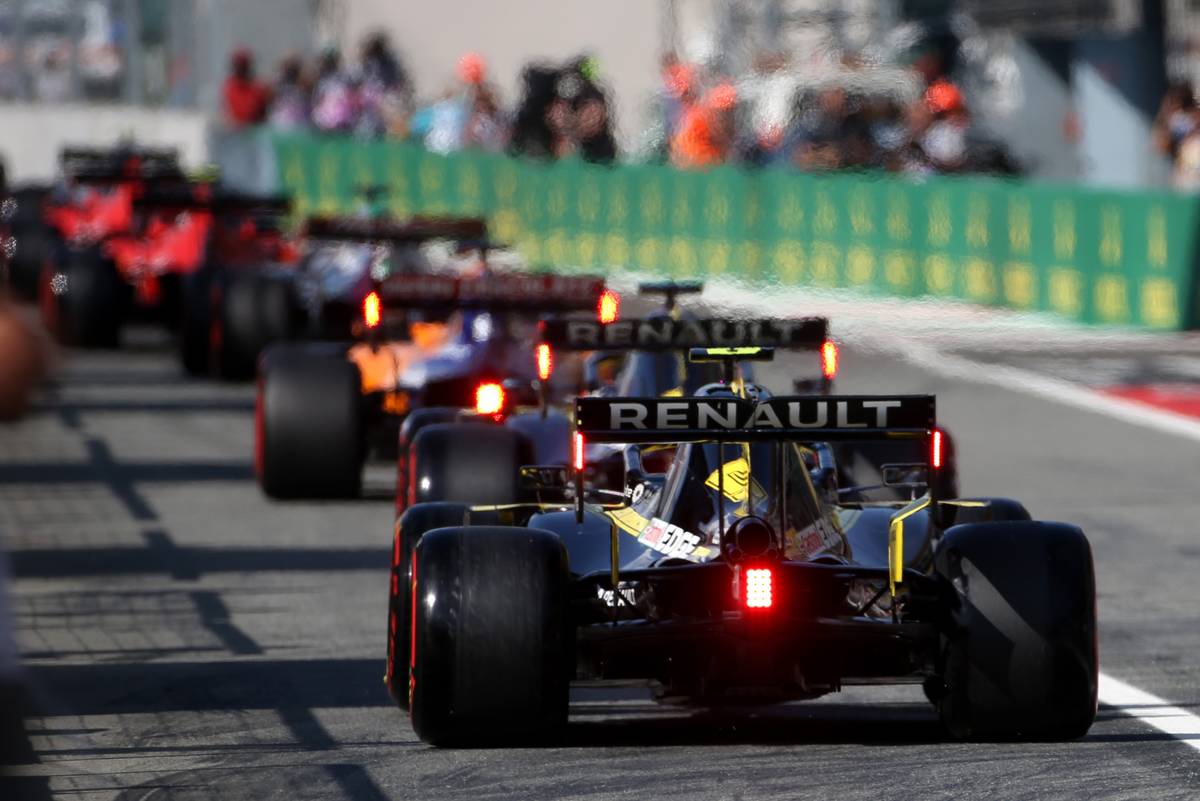 "That's what happens. Everybody starts slowing down, that's the thing with nobody wanting to be first in the train. That's what you get."

"It's been messy," he said. "But I liked it because it was a clever to handle it.

"I think we were just trying to optimise our position with the tow having such a big effect here and the car being so slow," he noted.

"Everyone is trying to take advantage of every single detail. That's the sort of thing you should expect when everyone is so close."

"But for now I'd like to enjoy what's been our best qualifying for a long time,": he said, with Daniel Ricciardo also qualifying in fifth place.