In the Ferrari euphoria over Charles Leclerc's victory in the Italian Grand Prix at Monza on Sunday, there was a curious exchange over the team radio in which team principal Mattia Binotto told the driver “I forgive you”.

It emerged that Leclerc had been in hot water with his boss the previous day after failing to follow the plan for qualifying.

Leclerc had already taken provisional pole with his initial Q3 run, in part thanks to getting a tow from his team mate Sebastian Vettel. But the team's plans to reciprocate the favour in the second flying lap ended up going awry as time ran out at the end of the session.

“You need to push now,” the team told Vettel, to which his reply was "Yeah, well tell him to come in front then,” adding: "Tell Charles to go."

"You can overtake Sebastian," Leclerc was duly told. But although he crossed the line in time to start a new push lap, Vettel was too late and missed out.

At the time, Vettel publicly blamed Leclerc for not sticking to the plan: “I thought we had spoken about it,” he grumbled after the end of the session. "I definitely listened to what we intended to do.

"I thought it was clear what we communicated beforehand," he added. “It was clear that I should be the one going second in the second run getting a tow, because I was the first one in the first run.

"But obviously we waited too long, so in the end there was no margin. Not happy." 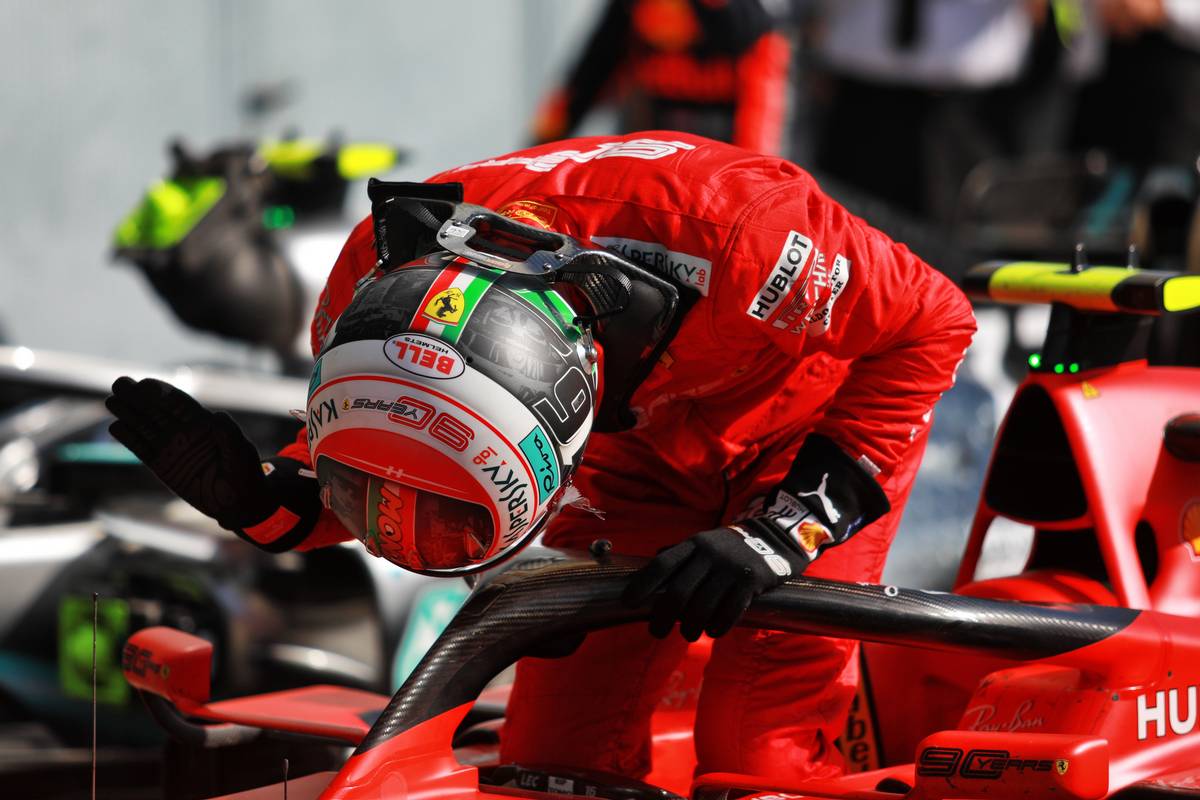 It wasn't just Vettel who was annoyed by Leclerc's actions. Binotto later admitted that he had also been unhappy, but had chosen to keep his feelings private behind closed doors.

Only when Leclerc went on to record a major victory in the race itself over the two Mercedes drivers did it emerge, when Binotto came over the team radio to tell Leclerc "Oggi sei perdonato" in Italian - meaning "I forgive you."

"It means whatever happened in the last days which we discussed – and that’s something that will remain between us three – at least [on Sunday] he did a good job," Binotto subsequently explained.

"It was a way of saying at least we were happy for the job he did.”

Binotto insisted that Saturday's conflict between Leclerc and the rest of the team would not have any longer lasting consequences.

"It will not affect [anything]," he said. "It’s something we discussed internally. There may be different points of view. The outcome was certainly a very strange situation for everybody.

“But we are looking ahead. I know I can count on them. I think it will not affect [the working relationship.]"

"It doesn’t mean that it will not happen again, because you never know," he admitted. “[But] the spirit is whatever you may do there is something to learn.

"It’s important to make sure it’s a lesson learned.”