Alexander Albon has made a solid start in his new role at Red Bull Racing, since transferring into the senior team from Toro Rosso over the summer break.

The 23-year-old Thai driver finished in the top six in both of his opening races with the team, and did better at both Spa and Monza than his more experienced team mate Max Verstappen.

But speaking with the official Formula 1 Beyond the Grid podcast, Albon said it was early days yet and that he had to be careful to focus on the right objectives over the coming weeks.

"The main thing right now has been just trying to get up to speed," he said. "Not put pressure on yourself and put expectations on yourself so early in your time with Red Bull.

“It will take time," he acknowledged. "I do believe that as well, that’s how I see it.

"In terms of what I have to do, I don’t know, truthfully. I just want to perform at my best, see how I do. I know I don’t have experience like other people [but] I do know I’m going to get better.

“It’s just about giving myself that time and not stressing exactly, that very thing of not putting targets on myself, and just letting the natural evolution occur.

"Of course we want to take the fight to Ferrari and Mercedes, that’s quite clear," he added. "But I haven’t had a list to do this, do that, be here, be there."

"What Christian and Dr Marko have been saying [is that] Max is where he is because he knows the team, he knows everything about it, so don’t expect to be fighting with him straight away."

While Verstappen's place in the team next season is assured, Albon is aware that he's still very much on trial. A decision about Red Bull's line-up for next season will not be made until November following the United States Grand Prix. 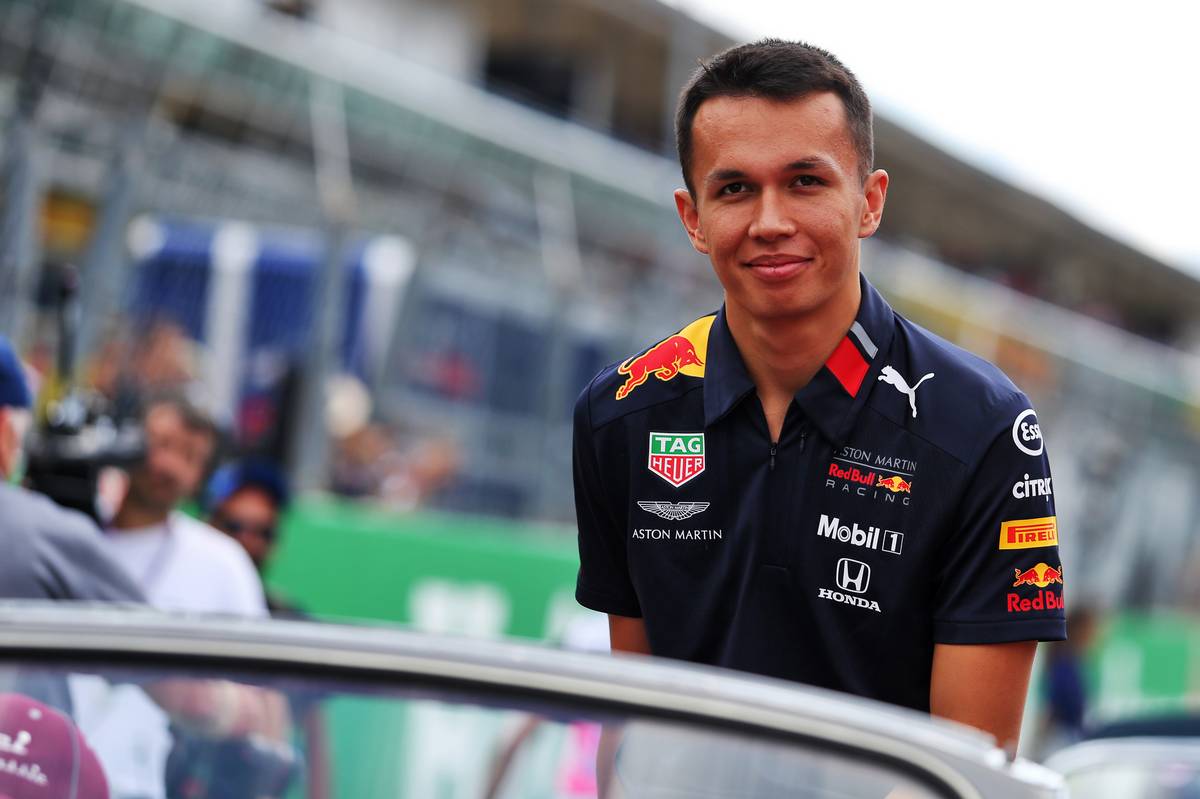 With Ferrari resurgent and Mercedes still on course to pick up this year's championship titles, Albon admitted that a podium was probably still some way off.

“If [we can be] fighting for podiums at the end of the year, that’s great, but I’m not putting myself in that situation.”

Such a breakthrough is unlikely to come at the next Grand Prix in Singapore, a venue that Albon has never raced at before this year.

"The Marina Bay Street Circuit is a new track for me and it will be my first time in Singapore, so I’m interested to see what it’s all about," Albon commented.

"I’ve heard it’s one of the most physical races we do because it’s so humid and the race is so long, plus it’s a street race where there’s a lot less margin for error.

"It will be good fun, especially as I’ve never raced anywhere quite like it before.

"Singapore is also kind of a home race for me as it’s the closest Grand Prix to Thailand so I’ll have extra family and sponsors coming to support me which makes it even more exciting," he added.

"After my sim session and preparation with the Team, I’m looking forward to getting back in the RB15 and out under the floodlights!”