Toro Rosso driver Pierre Gasly has suggested that Formula 1 could use a system of 'spotters' to help cut down on racing incidents, such as Sebastian Vettel's collision with Lance Stroll at Monza.

Vettel clipped the back of the Racing Point as he returned to the track seeking to recover from a spin at Ascari early in the Italian Grand Prix last Sunday.

As well as pitting for a new front wing, he was handed a steep penalty by the race stewards for his actions which meant that the Ferrari finished far outside the points in its home Grand Prix.

But Gasly defended Vettel, explaining that the high-sided design of the modern F1 cockpit to protect the driver's head meant that the four-time world champion would not have been aware of Stroll being so close.

"Unfortunately in the place he was, he could not see anything," Gasly told Motorsport.com this week. "I think with the shape of the F1 car, and also your HANS, you can't really rotate [your head]."

Gasly himself was almost caught up in the aftermath when he had to go off track to similarly avoid Stroll recovering from his own spin.

"I saw he was stopped, and because it's a really high-speed place I thought he would just wait and stay there," recalled Gasly. "When I saw him moving, I was already planning to go around the outside of him.

"I had to go in the gravel, but it was quite close to the wall," he added.

As for how the incident could have been avoided, Gasly's advice was simple: "For this kind of thing I think just not spinning there!" he offered.

But he did have some thoughts on using a US-style 'spotter' system whereby team personnel and former drivers are recruited to watch the race from a high vantage point and relay information directly over the team radio.

While that's relatively simple to do at American-style ovals that can be viewed in their entirety from one location, Gasly felt that a more localised approach with the help of real-time precision GPS data could still benefit drivers in F1. 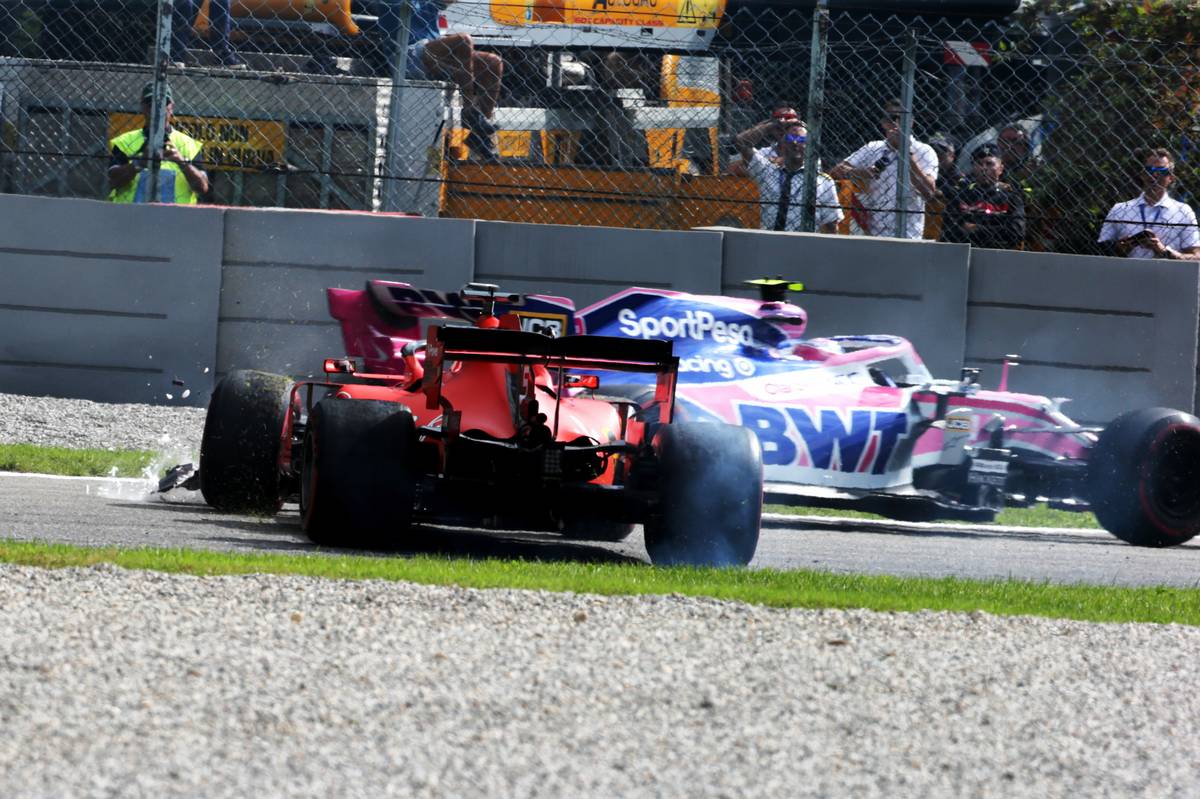 "Yeah, exactly," he said. "I don't have like a solution in mind right now, but for sure it wasn't ideal and wasn't the safest way.

"Maybe the engineers in this case need to say 'okay, stay there'," he added. "For sure you're in your race, you want to go as fast as possible.

"n the end I think it could have been a lot worse for him. Luckily nothing happened."

However 'spotters' don't appear to be on the mind of Formula 1 racing director Michael Masi. He said that in this case, both Vettel and Stroll should simply have been more careful in how they recovered from their initial spins if they couldn't be sure about oncoming traffic.

"When in doubt be a bit cautious," he said, although he quickly admitted: "But everything happened so quickly.

"It wasn't as if it was a huge time lag," Masi added. "It was literally bang, bang, bang. It was the concertina effect."

Albon 'just trying to get up to speed' at Red Bull