Lewis Hamilton put Mercedes at the top of the timesheet in Friday's second free practice in Singapore, the Briton leading Red Bull's Max Verstappen and Ferrari's Sebastian Vettel in the evening session.

Hamilton's fastest lap was 0.184s clear of Verstappen who had led F1 earlier in the day, while Vettel was 0.818s adrift.

Valtteri Bottas was up and running at the outset following his FP1 mishap, as was Charles Leclerc whose gearbox problems were solved by the Scuderia.

The pair were split among the top six by Alex Albon who suffered a minor off in the session, while McLaren's Carlos Sainz positioned himself at the head of the midfield.

Friday's second free practice kicked off under the floodlights and under conditions closer to what driver will encounter in qualifying and on race day.

Alfa Romeo's Kimi Raikkonen laid down the first timed lap but all eyes were on the Mercedes and Ferrari garages to see how quickly Valtteri Bottas and Charles Leclerc would head out on track following their respective mishaps in FP1 - a crash for the former and a gearbox issue for the latter.

Bottas was sent out just ten minutes into the session, with Leclerc also completing a systems check out lap.

Red Bull's Alex Albon and Racing Point's Sergio Perez were the early pacesetters until Lewis Hamilton put himself in charge. 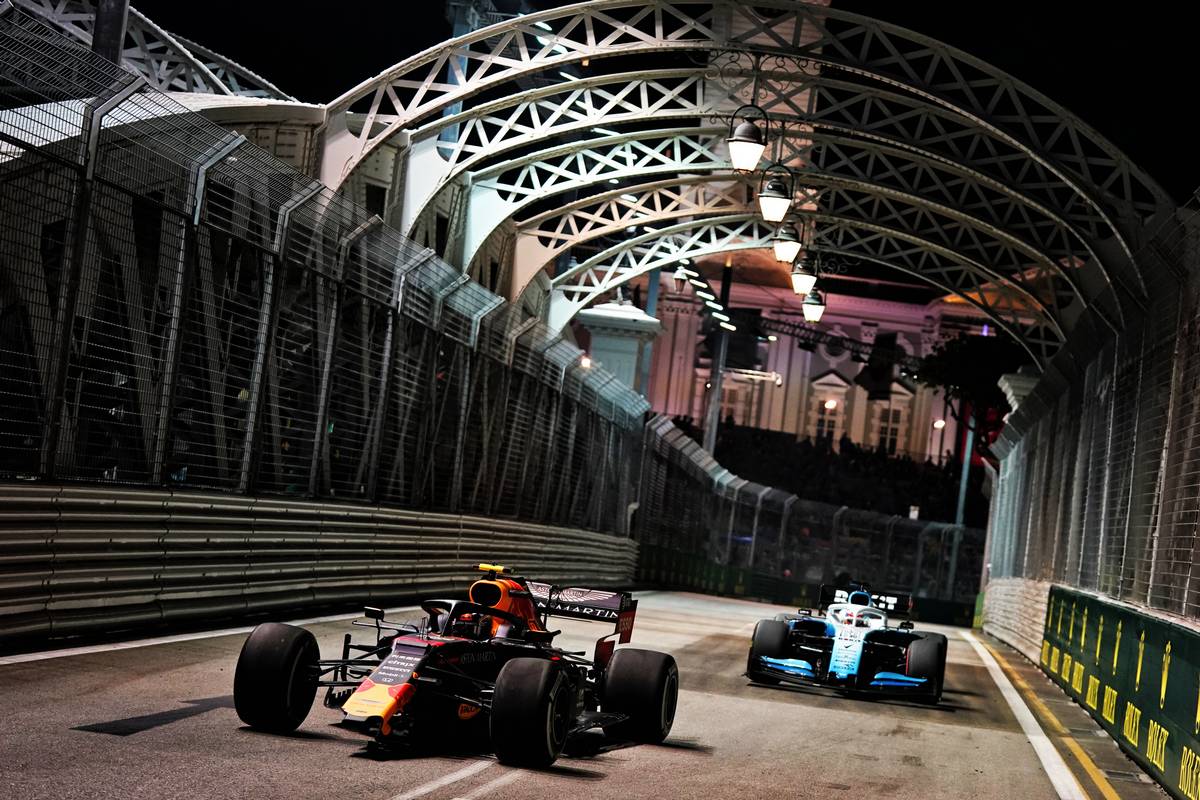 Albon's momentum was cut short he struggled under breaking at Turn 10 and veered into the tyre wall, forcing the Red Bull driver to crawl back to his garage.

Undeterred, the British-Thai racer pressed on after he was sent back out, duly lowering the benchmark to a 1m39.943s, only for that time to be smashed by his teammate's 1m38.957s.

Not to be outdone by the Red Bull pair, Hamilton on soft tyres responded by flying to the top, one tenth up on Verstappen while Bottas slotted in third ahead of Albon, Leclerc and Vettel.

However, the German leapfrogged Bottas and Albon to position himself third, 0.818s behind Hamilton. 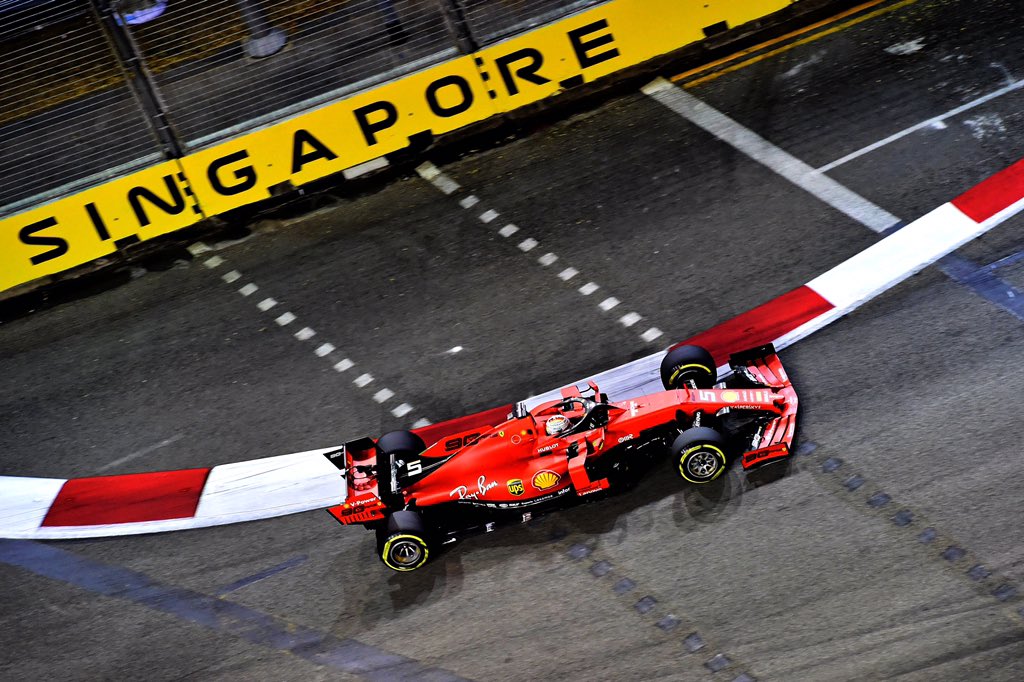 For all its fears of underperforming around Marina Bay's tight layout, the Scuderia - and Vettel in particular - have actually fared well since the start of running.

At the other end of the spectrum, Haas' duo of Kevin Magnussen and Romain Grosjean were apparently no where near solving their VF19's baffling tyre issues.

The former also got involved in an on-track spat with Racing Point's Sergio Perez, with the Mexican summoned to the stewards for his thwarting action aginst the Dane.

With 30 minutes left on the clock, most drivers reined in their qualifying simulations to focus on longer race runs.

Lap times dwindled into the 1m44s range, with the majority of drivers running on the soft tyre during their race runs.

The session wound down without any drama, save for a spin by Grosjean at Turn 3, and with Hamilton taking over from Verstappen as the fastest runner of the day.