Mercedes' Lewis Hamilton says his feeling better behind the wheel of his W10 after the opening day of running in Singapore than he's felt in a while.

"I felt much better in the car today than I have for a while, so I hope that stays over the weekend," said the five-time world champion.

"I think they re-did a few patches of Tarmac on the circuit. I managed to get the tyres working well.

"If you can get into a groove and into a rhythm here it’s such a beautiful lap, so I’ve really been enjoying it."

Looking ahead, the Briton vowed to improve both his car and himself to try and remain at the top of the field.

"We’ve definitely got some areas that we can improve which is always good," he added.

"Nothing’s ever perfect so I’ve got to go and kind of study areas we can improve on the car but also areas I can improve, braking, turning points, etc…"

Valtteri Bottas concluded his day, enjoying a clean session compared to FP1 during which the Finn crashed into the wall.

"It was a tricky one, had a bit of an off moment in FP1 which ended my running a bit early, but I really was feeling OK until then," Bottas said.

"I just lost the back-end in one of the corners, and obviously here with no run-offs, you pay the price. It can happen I guess." 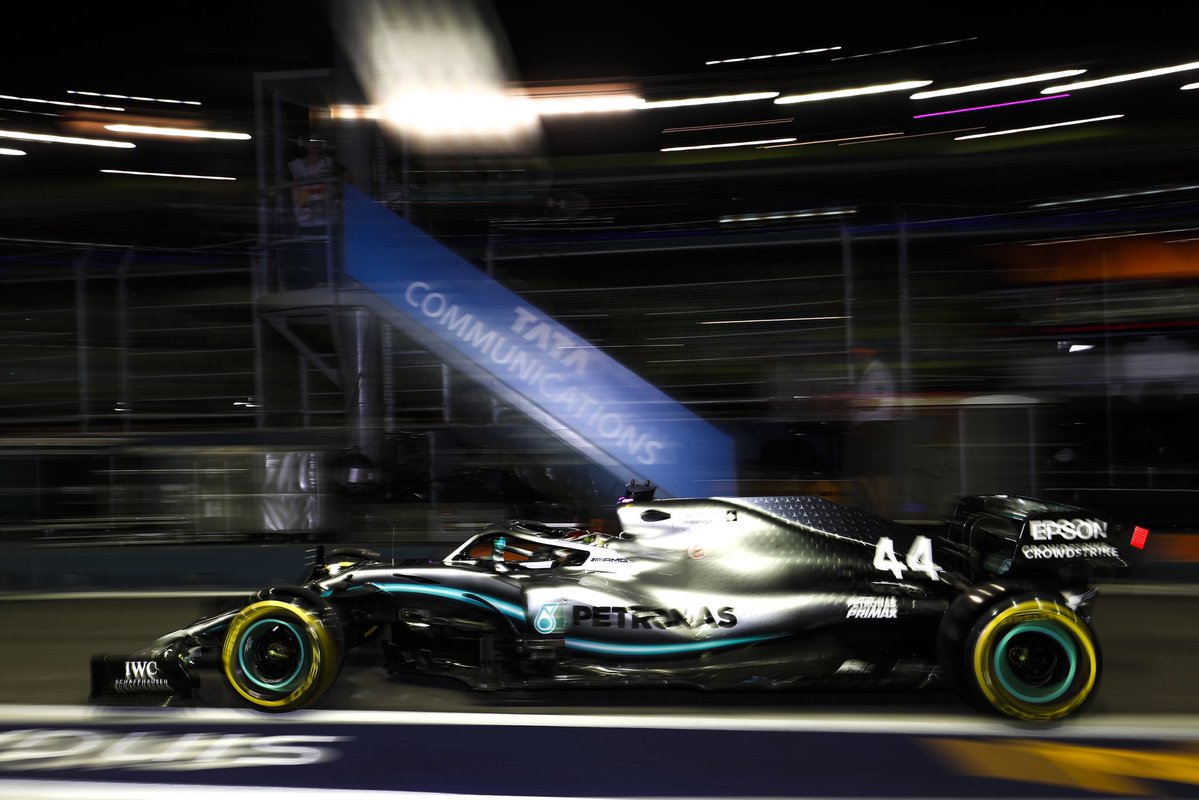 Bottas struggled with overall pace in FP2 and questioned whether everything was in order with his repaired W10.

"Not sure really what was going on, was lacking pace every single run, every tyre compound, so I’m not quite sure if everything was right in the car," he commented.

"We need to have a look. It felt like I couldn’t go any quicker, but I was one second off the pace. A bit tricky.

"The only thing I could really feel was quite a bit of friction in the steering system, struggled to feel the car properly.

"We’ll look at everything for sure, but I doubt everything was 100 percent. Obviously need to have a look at what I can do better as well."