Verstappen topped the timesheet in FP1 and finished runner-up to Lewis Hamilton in Friday's second practice session but underlined his RB15's form in both qualifying and race trim.

"It was a good day. We are competitive and the car was working really well in both practice sessions," said the Dutchman.

"I had traffic in the last sector on my qualifying simulation and I only improved by two tenths compared to the hard tyre run, which means we have more to come.

"I think we look strong on long and short runs but of course, Lewis also looks very fast.

"It’s not an easy track to understand and it is very bumpy out there but with a competitive car it’s really enjoyable to drive.

"There are always things that can be improved which we will look at now and this race is 95 percent about qualifying and I’m feeling positive so far."

The story on the other side of the Red Bull garage wasn't as straightforward, with rookie Alex Albon suffering a brush with the wall in FP2 after exceeding his limits while pushing, a mishap which slightly eroded his confidence.

"This was not the easiest day," admitted the British-Thai driver.

"The tyres were a little difficult, especially on the long runs. But I’m focused on my performance and getting used to the car and it is feeling good.

"The most crucial thing for me now is to get into a rhythm as this is not an easy track. I did have an off which was not so great.

"I was pushing and had a lock up. I hit the barrier which took the front wing off. It did affect my confidence a little, but I was happy that even after that, my lap time was ok." 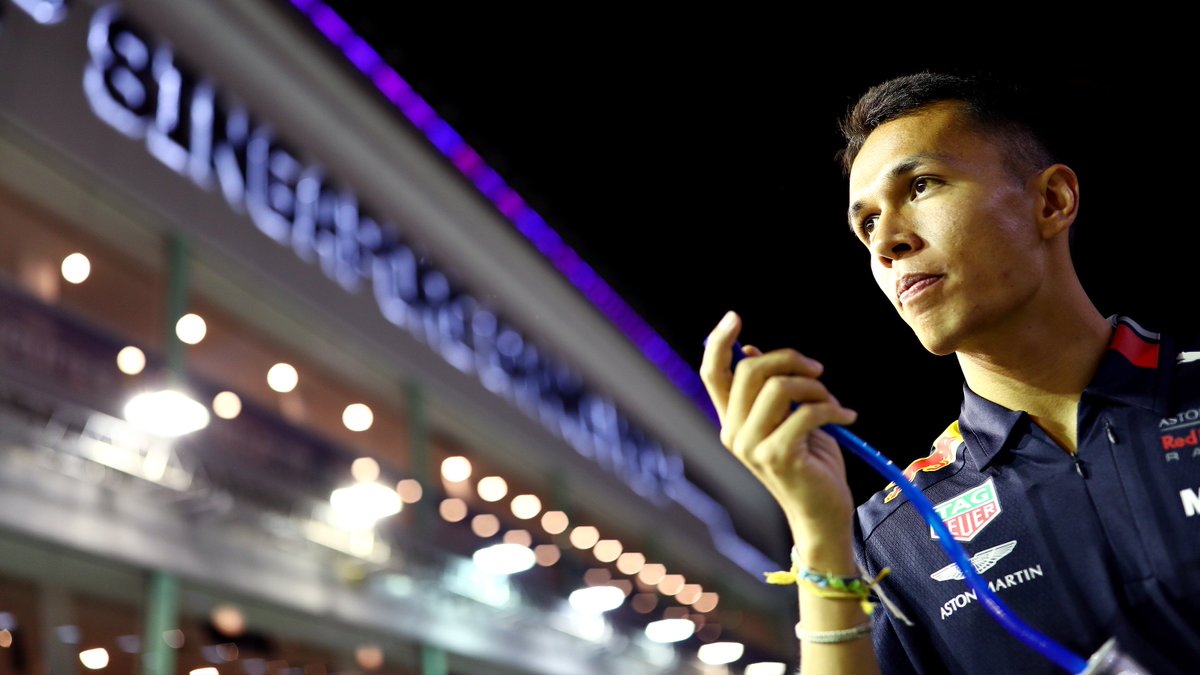 This weekend, Albon is on his third race with Red Bull but it's only his first trip to Singapore.

"I haven’t been on this circuit before but the sim correlates quite well. This track is so technical with a lot of corners so if I make one mistake it’s over. I need to go for clean driving while also pushing the limit.

"Also, everything overheats, not just me but the tyres and brakes, so that’s going to be an additional challenge. My hope for tomorrow is that I qualify in the second row but we shall see."

Hamilton feeling 'better in the car' in Singapore