Daniil Kvyat claims that Kimi Raikkonen was guilty of 'suiciding himself' in going to such lengths to stop the Toro Rosso from getting past in the concluding laps of Sunday's Singapore Grand Prix.

The pair were scrapping over 12th place with 12 laps remaining in the night race when the incident occurred. Kvyat was attempting to find a way around the Alfa Romeo when they ran too deep into the first corner.

Raikkonen's front suspension was wrecked by the contact and he was forced to retire, triggering a late safety car. Kvyat was able to resume and went on to finish the race in 15th place.

"I was surprised because I made a move, I made it clear," Kvyat explained to reporters after the end of the Grand Prix. "He moved under braking, a thing we discuss a lot.

Kvyat said that in doing what he did, Raikkonen had "suicided himself", adding: "He tried to kill me as well."

But it hadn't been a great afternoon for Kvyat even before that, with the Russian driver admitting that it just hadn't been his day today.

"When you have a race like this you just have to raise your hand, take the blame, and move onto the next one," he sighed. "There were chances for me to score points today but, unfortunately, I didn’t take them.

"I got stuck behind drivers and didn’t show my best driving. I don’t want to make any excuse, but I also had to deal with some kind of ‘fog’ on my mirrors, which made it harder to defend.

"Finally, the collision with Kimi damaged my car making it even harder/ But at the end my race was already compromised.”

The pair were subsequently summoned by the race stewards to discuss the incident, but Raikkonen said that he didn't think anything would come of it. 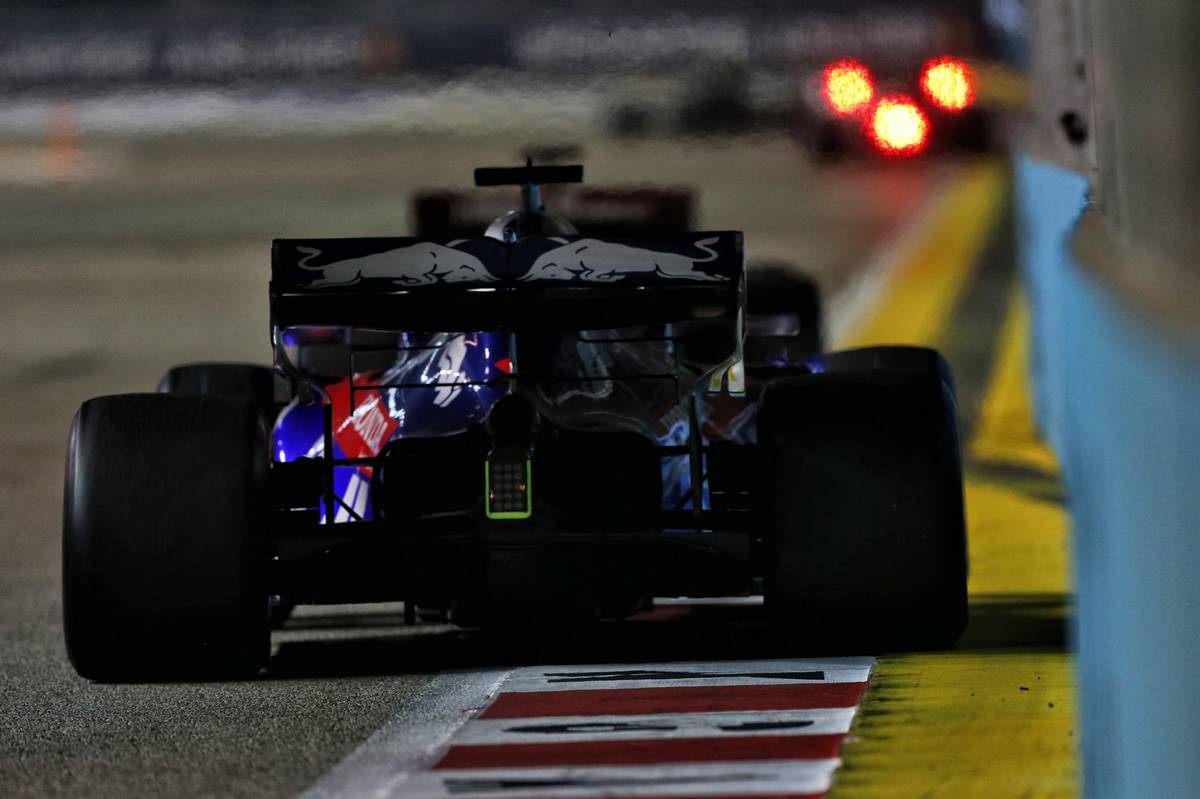 "The incident with Daniil Kvyat ended my race but I was going nowhere anyway," the veteran driver acknowledged.

"When I looked at the straight he was quite far behind, but when I was turning in I saw him in the corner of my eye but then it was too late to react. I saw the Stewards but I don’t think that there will be any consequences.”

Overall, Raikkonen conceded that it had been a pretty poor day overall for him as well. “Not exactly the end of the race I was hoping for but it is what it is," he said.

"My tyres were degrading and whilst I could manage to stay in position after the first restart, at the second the tyres were too cold and so I lost three positions and from then on I was struggling."

Alfa Romeo principal Frédéric Vasseur said that Raikkonen had driven "a very solid race" in difficult circumstances for the team.

"{He was] making up places from his starting position and looking set for points," Vasseur noted. "Unfortunately he was caught in an accident with Kvyat when battling against degrading tyres and his race was over."

Russell lays the blame on Grosjean for Singapore crash