Sebastian Vettel says the support he received from fans after his difficult Monza weekend a fortnight ago invigorated him ahead of last weekend's Singapore Grand Prix.

For the four-time world champion, Sunday's victory was a much-needed vindication after such a trying period and the criticism he faced after the Scuderia's home race at Monza.

"The last couple of weeks for me have been not the best,” he admitted.

"But it’s been incredible, to be honest, to get so much support, so many letters, so many nice messages.

"People telling their own stories [about] when things might not go well, and so on.

"It gave me a lot of strength, belief, and I tried to put it all into the track today, into the car and it’s nice when it pays off.

"When you start it's very difficult to imagine people following you and these kind of things but in recent years, especially here in Asia, I have a lot of fans that come over and over again," he continued.

"I just got a lot of energy in the last couple of weeks just from messages I received from the racing world, from people that I know from a long time ago, but especially fans after Monza and then coming here."

Vettel admitted that reading through the various messages gave him a sense of perspective and boosted his spirits.

"For us, everything is centred around racing but it's really not the most important thing," he added.

"You read through some of the notes and people struggling in life, some very intimate and private [stories], it gets to you and it gave me a lot of belief and a lot of confidence to just keep trying." 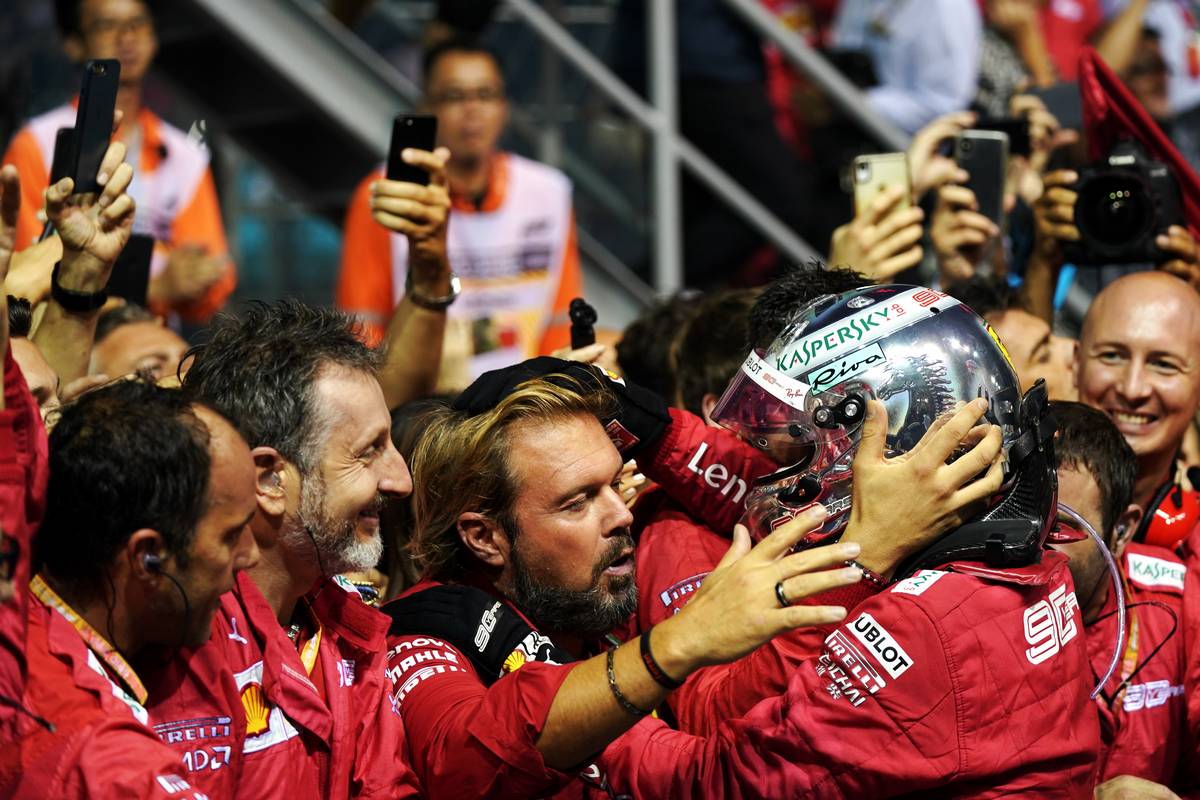 Looking back on his struggles, a candid Vettel said he never questioned his ability to deliver the goods but noted that "things maybe weren't falling in place".

"I messed up in the race in Monza - that's my mistake. It's part of the game," he said.

"I have been around for a long, long time and it's just how the tide turns sometimes. I have the highest expectations to myself and I'm not happy when I'm not delivering what I know I can.

"Certainly, I had moments this year where I was struggling to just get it out," he acknowledged.

"I know that I can improve from there, so I can't be happy with that, but equally, I know it wasn't as bad or disastrous as maybe people put it together.

"But if you have been around for such a long time and had so many good moments obviously you get hammered when there are bad moments, but it's just part of the game."