F1 chief Ross Brawn says the escalating rivalry at Ferrari between Charles Leclerc and Sebastian is a "potentially explosive combination" that should not be left unchecked by team boss Mattia Binotto.

With each passing race, the relationship between Leclerc and Vettel appears to be approaching a flash point, with the Monegasque asserting his talent while his teammate struggles with the mounting pressures.

Leclerc's consecutive race wins at Spa and Monza, where he comprehensively outpaced Vettel, have led many to believe that the 21-year-old is now the de facto leader at the Scuderia, although the four-time world champion responded with a flawless drive and race win of his own in Singapore.

But Sunday's Russian Grand Prix in which Vettel defied team orders to keep Leclerc at bay despite a pre-race agreement between the two drivers was just another indication of the tensions that are simmering at the Scuderia, and the titanic battle for supremacy that lies ahead.

In his Russian Grand Prix review, Brawn believes Binotto "will have work to do in the next few days to pour oil on what seem like turbulent waters".

"On the one hand they have a four-time world champion who is still one of the finest drivers on the grid, despite a few too many mistakes over the past two seasons," said the former Ferrari technical director and strategist.

"And on the other, they have an incredible talent in Charles Leclerc – after all you don’t take six poles, including four in a row, and win two races at legendary circuits such as Spa and Monza if you’re not a star in the making.

"Of course, Mattia is well aware of how this kind of dynamic can work as he has experienced it before when he was a young engineer.

"But now the honour and obligation falls to him to make sure that the mechanism that drives what can be healthy rivalry runs smoothly." 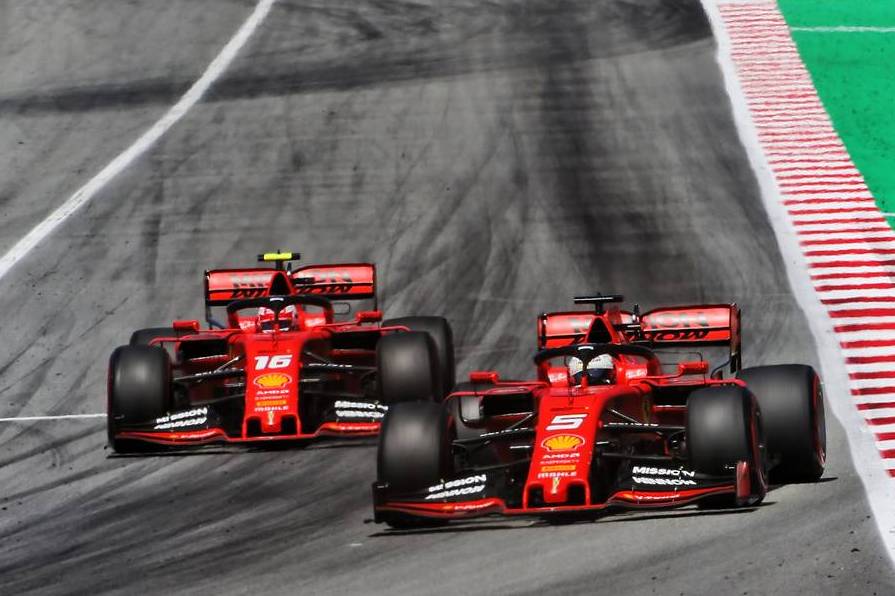 While Ferrari fights to quell its internal fires, the House of Maranello's resurgence on the racetrack has forced a re-think at Mercedes, and a positive counteraction in Sochi.

"After five and a half years dominant year, Mercedes is finally up against an opponent capable of really challenging their supremacy," commented Brawn.

"Adapting to this has not been straightforward but Toto Wolff’s squad has reacted very well."

Scenes from the paddock: Sochi