McLaren's Carlos Sainz was happy with his Friday running at Suzuka, but the Spaniard insists there are too many unknowns regarding his rivals to offer any predictions for Sunday.

Sainz concluded FP2 seventh behind the usual trio of Mercedes, Ferrari and Red Bull front-runners and over half a second behind sixth-placed driver Alex Albon.

Saturday's cancellations at Suzuka obviously impacted all teams' work schedule on Friday but Sainz was satisfied with what had been achieved.

"It was probably a more important Friday than usual, taking into account that qualifying will still be windy and raining," said the McLaren driver. "It might be an important FP2 for Sunday's race.

"We completed the whole programme, I think everyone was running a bit lighter and with more engine modes than usual in FP2, we responded to that and put ourselves in a good position.

"But we don't know how much the others were pushing.

"We're happy with the feeling, obviously can't tell how much fuel everyone took off for those runs, or the engine modes they were running, but the car certainly felt good through sector one, but slower in sector three." 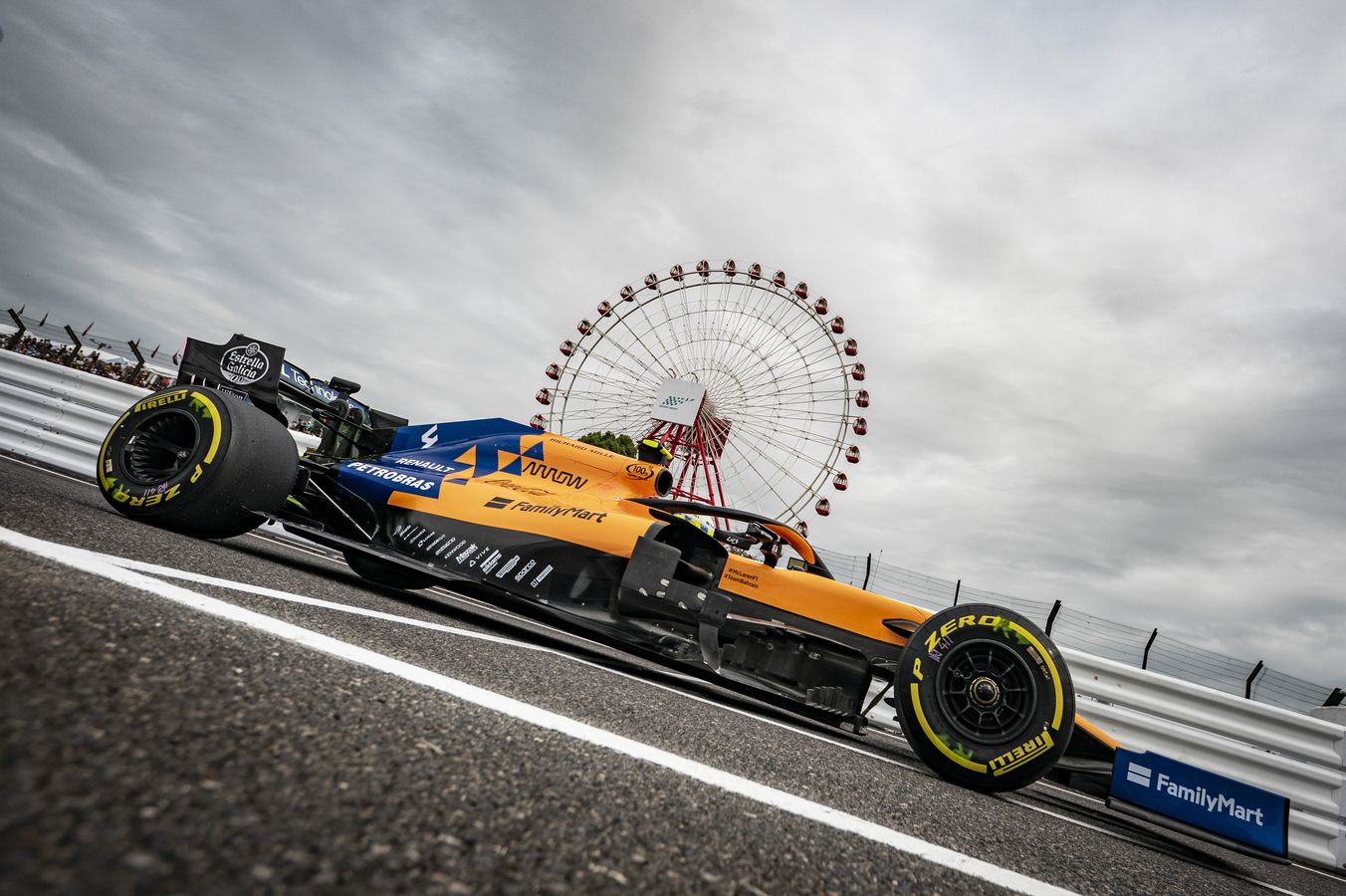 With FP2 potentially defining Sunday's grid if conditions force another cancellation of qualifying, drivers upped the pace while also conducting set-up work in the session.

"It was, of course, an unusual day in that we had extra sets of tyres available from those that we usually allocate to FP3, and we also had to take into account that FP2’s times might count for grid positions," explained McLaren performance director Andrea Stella.

"That meant there was a bit of racing mixed in with the usual Friday activities, which we enjoyed.

"Sunday is going to be another interesting day with qualifying and the race – we’re looking forward to it."

Lando Norris who was tenth fastest in FP2 admitted that he was still getting acquainted with Suzuka's challenging layout.

"I’ve only previously done FP1 here last year, so in terms of driving, I’ve got a bit to work on," he said.

"I’m not quite as confident as I would want to be, so we’ll make some changes before Sunday for qualifying – if it happens. By improving my driving and the set-up, we can take a step forward."

Binotto on 2021 rules: Still many 'open points' to be addressed