Because it sits at 2,200 meters above sea level, altitude is everything at Mexico City's Autodromo Hermanos Rodriguez.

Rarefied air means less downforce, which teams compensate for by running more wing, but without sacrificing too much straight-line speed.

However, the thin also puts big demands on engines, with turbos spinning faster to inject oxygen into the unit, a condition that tends to equalize engine performance among the manufacturers.

But Ferrari's power unit holds a clear edge this weekend as a glance at the speed trap readings clearly reveals.

Max Verstappen's pole position was achieved despite the Red Bull driver's RB15 clocking in 10 km/h slower down the back straight than its Scuderia counterparts.

And Alex Albon, who qualified fifth was next to last among the straight-line laggards, which points to the efficiency of the RB15 chassis in the corners. 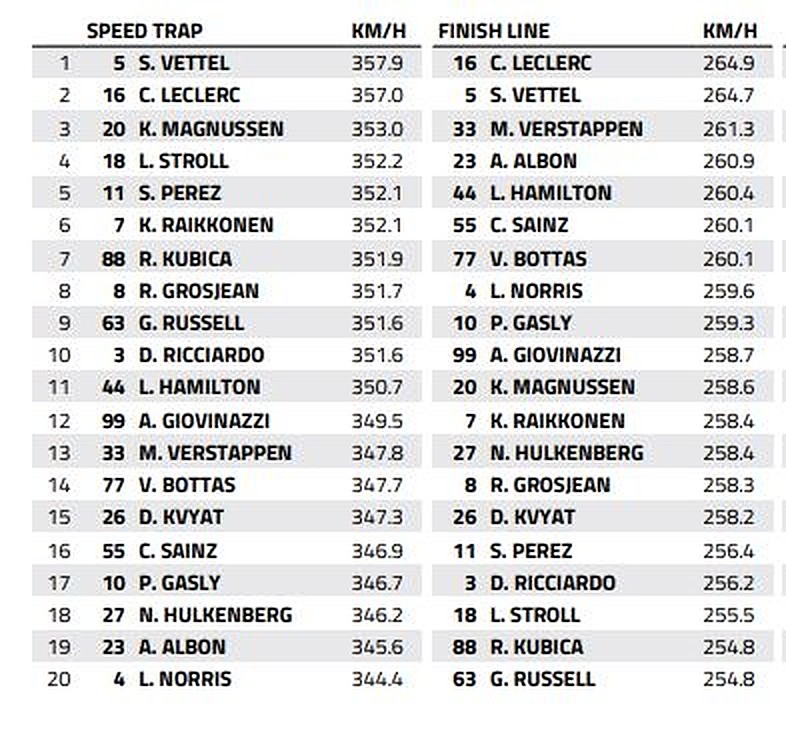 Frustrated Ricciardo wishes he 'could have done more'