Lewis Hamilton admitted that he'd struggled to stay in the lead in the Mexican Grand Prix, which resulted in his 83rd career victory in Formula 1.

The Mercedes driver started from third place on the grid and initially seemed to get a tow down the straight from Charles Leclerc, only to get pinched onto the grass by Sebastian Vettel.

Struggling to recover, Hamilton then made contact with Max Verstappen through the first sequence of corners which resulted in both cars running off the track. While both were able to continue, Hamilton sustained considerable damage to the floor of the W10 in the process.

"I had a crazy first couple of corners. Seb put me on the grass at the start and then Max hit me in the back and damaged my car and I was like how am I going to make this happen?!'"

“I don’t think it was intentional or anything like that," he said of the collision. "It’s very likely you’re going to come together with Max if you don’t give him extra space, so most of the time you do.”

"Nonetheless I managed to keep the car together in a straight line, fortunately."

After dropping two places it looked like a victory was off the agenda for Hamilton. But the team's decision to run a long second second stint on the hard compound turned Hamilton's fortunes around.

"I just to keep my head down. It seemed like a long second stint," he said. "Just to hold up the Ferraris was not so easy at the end.

"We kind of knew we might be on the back foot, which we generally were, but we just kept our heads down," he explained.

"We were facing a lot of question marks within ourselves, doubts and demons and all these different things, so it's quite emotional this roller coaster ride.

"If you look at last year we lost by 80s or something, we struggled with our tyres, and we thought that this would potentially be the case this weekend. 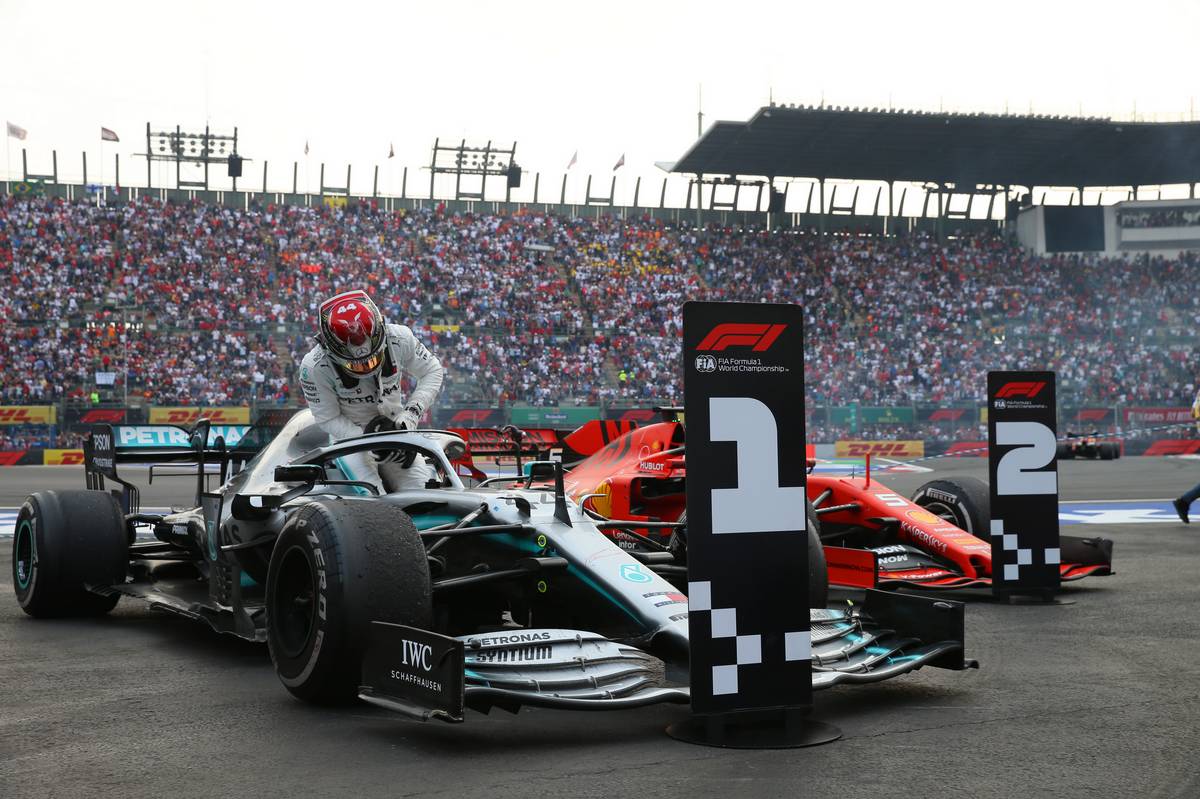 "I am so grateful for today," he said. "This is a race I've wanted to win for some time and it's always been a little bit tricky for us.

"Today was a surprise, we've really struggled here for quite some time," he added. "I'm incredibly humbled by today's opportunity, the car holding together as it did, and the team executing the best strategy."

With his team mate Valtteri Bottas crossing the line in third place, Hamilton does not yet have a big enough points lead in the drivers championship to put the title beyond doubt, meaning the battle goes on to Austin.

But Hamilton insisted that he wasn't disappointed to close it out this weekend.

"I don't mind, I love racing and I just take it one race at a time, honestly," he said. "I'm so appreciative, also all the guys back in the factory - it's been an incredible year.

"They're not giving up, pushing on to the next couple of races and the following year. I couldn't have done it without them and I hope they feel as proud of me as I do them and what we've done as a team."