Sebastian Vettel is no fan of selfie seeking mascots and shitty trophies when it comes to the Formula 1 podium as the German demonstrated after Sunday's Mexican Grand Prix.

The race's organisers premiered a new winner's celebration that featured a lift that elevated Lewis Hamilton's Mercedes on to the podium platform at the Foro Sol stadium.

Vettel had no complaints about the folkloric local festivities but snubbed a photo opportunity with the event's mascot 'Mario Achi', pushing the character away as it sought a selfie with the Ferrari driver.

Sunday's runner-up also criticsed, as he's done before, the trophy handed out to the top 3, reiterating his call for less "boring" designs of the pieces of silverware.

"I think it was cool," Vettel said of the podium. "I didn't like the selfie guy when he tried to push into the picture so I pushed him away! I'm not big into selfies anyway.

"It was nice, to elevate the car as well is really cool. It's a very nice way to do it to involve the whole stadium and the crowd.

"I liked most of it except the selfie guy and the trophies. It's a shame. You have such a great race and they put so much effort into the race and then you get this shitty trophies that look boring." 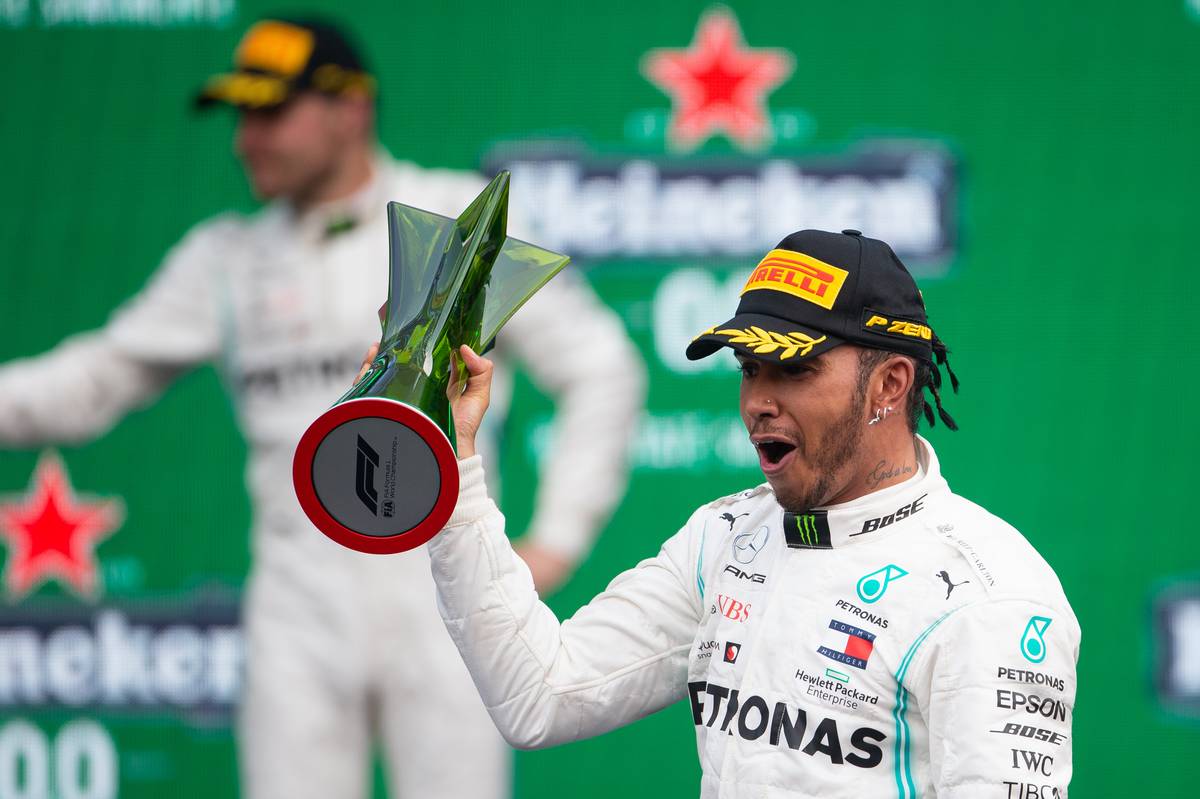 Vettel's main complaint regarding the event's memento is its sponsor-based conception, the German suggesting perhaps something less corporate in the future.

"We could have for the future maybe something nice, traditional Mexican, because it's a bit of a shame," said Vettel.

"There's Heineken written everywhere! You don't need to have the fricking star on the trophy as well.

"Get something nice like they had when F1 used to race here before we came back!"