Penske's shock acquisition, which also included IMS Production, were done through a subsidiary of the automotive conglomerate, Penske Entertainment.

"We recently approached Roger Penske and Penske Corporation about this opportunity and began working to put an agreement in place," said Tony George, Chairman of Hulman & Company, in a press release.

"The Indianapolis Motor Speedway has been the centerpiece and the cathedral of motorsports since 1909 and the Hulman-George family has proudly served as the steward of this great institution for more than 70 years.

"Now, we are honored to pass the torch to Roger Penske and Penske Corporation, as they become just the fourth owner of the iconic Speedway. There is no one more capable and qualified than Roger and his organization to lead the sport of IndyCar racing and the Indianapolis Motor Speedway into the future." Penske's latest investment will lead to an interesting situation by which Penske will own a leading IndyCar team as well as the series in which the outfit competes.

However, the 82-year-old billionaire's impeccable track record and business reputation, coupled with an outstanding strategic vision, should be enough to quell any fears of conflicts of interest that could be suggested by his rivals.

"We have so much respect and appreciation for the history and tradition of the Speedway and the sport of IndyCar racing. I want to thank Hulman & Company for the opportunity to build on this legacy and it will be an honor for Penske Corporation to help lead these great institutions forward into a new era.

"I understand the integrity, there’s got to be a bright line," the Captain added.

"To me, I know what my job is and hopefully I’ve got enough credibility with everyone that we can be sure that it’s not a conflict and do my very best to ensure it isn’t.

"If you think it is, I’m sure you folks will tell me pretty quick, I’ve got a lot of people watching me." 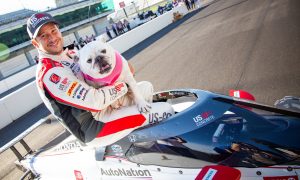