Two-time former Formula 1 world champion Mika Hakkinen has said that the sport's new rules for 2021 should allow for a greater diversity in race winners.

"It looks like the FIA, Formula 1 and the teams have come up with something quite special," he said in his latest column for the Unibet website.

At the moment, the top of the podium has been more or less exclusively locked out by the top drivers from Mercedes, Ferrari and Red Bull.

But Hakkinen said he expected this to begin to change as a result of the new technical rules and regulations that have just been announced.

"Mercedes’ domination of Formula 1 has made the sport more predictable in recent years, but this season we have seen two other teams win, and plenty of close, interesting racing over the summer.

"I fully expect the larger teams will continue to win the races and world championships," he suggested. "But perhaps we will see three or four teams winning more regularly, which will be a good step forward for the sport."

Hakkinen explained that the crucial factor was the way that the new rules sought to reduce the 'dirty air' generated by current F1 cars that made it hard for rivals to catch and pass them on track.

"The objective of making the cars easier to overtake by making them easier to follow is a good one, and if the figures are accurate then we should see much closer racing.

"It is sometimes hard for fans to imagine how difficult it is to follow another Formula 1 car due to the turbulence created by its airflow.

"In my time in racing the aerodynamics were already quite sensitive," he continued. "You could really feel the loss of downforce when the air in front of you was disturbed.

"These days the aerodynamics are even more sophisticated and sensitive," he said. "Running close to the car in front causes a drop in aero performance, which means you also generate more tyre wear. 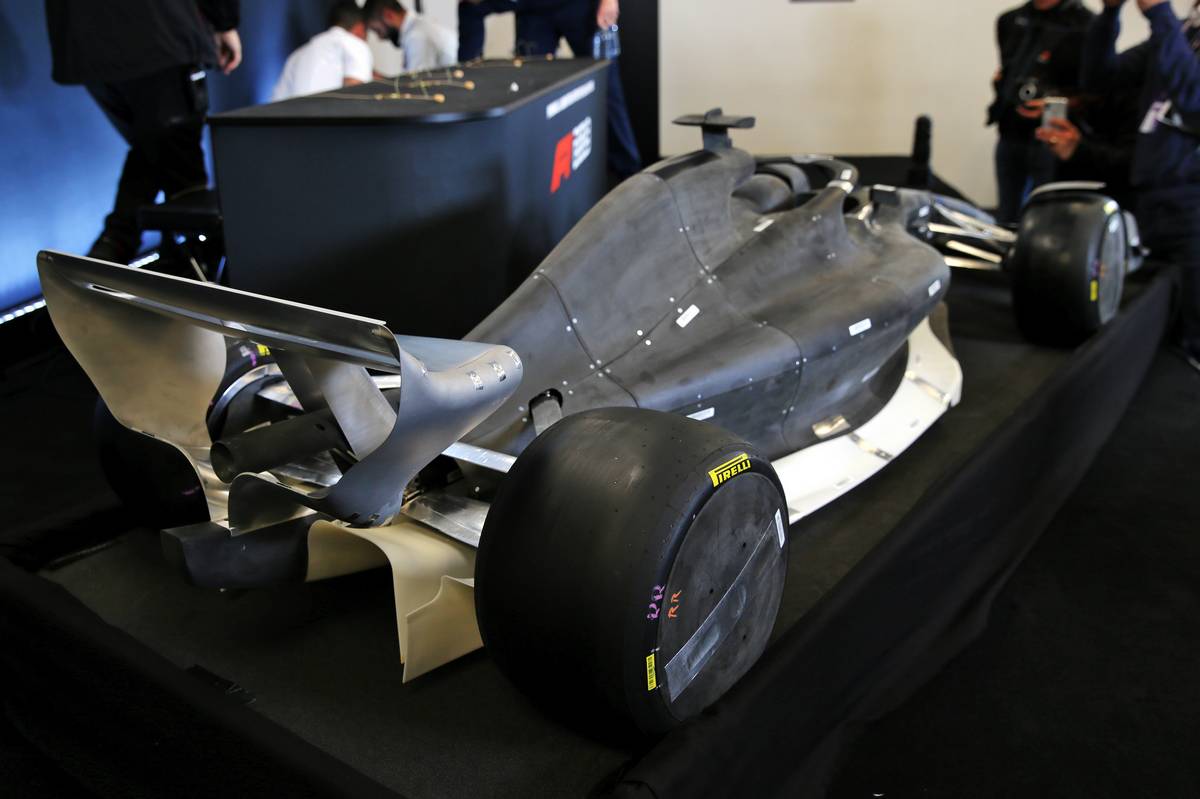 "At a time when tyre wear can be so critical, this is not a good situation.

"If Formula 1 has solved that problem with its futuristic design, simpler front wing, and body profile designed to enabling much more efficient slipstreaming, we should see much closer racing and more changes of position."

Low profile tyres on taller wheels would also have an impact, Hakkinen suggested.

"This should help the smaller teams because the complexity of the current tyres, and how they work under load, is a major area of development,"

And a cost cap of $175 million per team for the season could also help the on-track competition catch the Big Three, although the former McLaren driver is yet to be fully convinced.

"The very biggest teams will have to spend less," he acknowledged. "[But] the smaller teams already struggle to reach that level of expenditure, so we will have to wait to see how well this works at making the racing more equal."

Hakkinen ended by congratulating Mercedes on their run of six consecutive titles, while predicting that things were about to change.

"For now we should enjoy the success they have achieved, and look forward to even closer competition in the years ahead."