Rebellion Racing has clinched victory in the Shanghai 4 Hours race, the third round of the FIA World Endurance Racing championship.

It's Rebellion's second win since the team returned to LMP1, after it picked up a post-race victory at Silverstone in 2018 following Toyota's exclusion from the race results. Toyota hasn't actually lost a race on-track since they were beaten by Porsche at the Circuit of the Americas in September 2017.

Former F1 driver Bruno Senna and his team mates Gustavo Menezes and Norman Nato ensured that the #1 car completed 125 laps over a minute ahead of the leading Toyota driven by Sébastien Buemi, Kazuki Nakajima and Brendon Hartley despite Senna having to make a late pit stop with 20 minutes remaining.

Hartley has taken over the race seat in the #8 Toyota Gazoo Racing formerly held by Fernando Alonso, who finished his spell in the WEC in June after winning a second consecutive Le Mans victory.

“Today the car just ran from the beginning to the end without any issues," commented Senna. "Maybe today was meant for us, and we are happy about it and we will take it.”

The #8 continues to lead the points standings with 62 points, three clear of their stablemates José María López, Kamui Kobayashi and Mike Conway in the sister #7 car, which finished Sunday's race in third place after dropping off the lead lap before the finish.

Rebellion are now in third position overall in the championship, on 43 points with five races remaining on the 2019/20 calendar.

The revamped rules for the LMP1 class played a role in Rebellion's victory this weekend, with the #8 Toyota struggling to overcome a success handicap system after its win at Fuji last month. 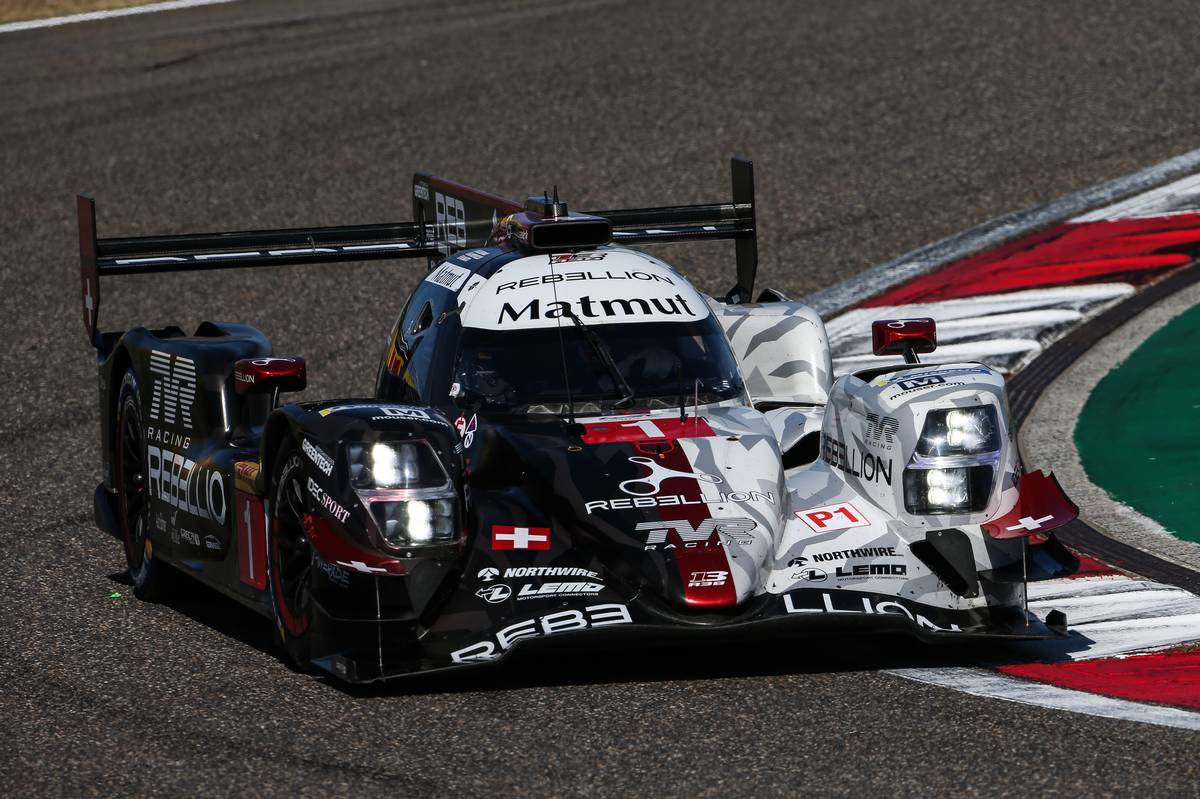 In the LMP2 category, JOTA took class honours thanks to the #38 Oreca 07 shared by Anthony Davidson, Antonio Felix da Costa and Roberto Gonzalez.

“It means a lot to win," Sky Sports F1 contributor Davidson said afterwards. "As a new car crew it feels special to win especially after the good race we had together in Fuji where we ended up P2 but were cruelly robbed of the position after being excluded.

"To come back and win in dominant style I’m really happy about that. It’s great for Goodyear as well and it is their first race win in LMP2, so it’s nice to be a part of that and to have engineered that and it is an important day."

The GTE Pro victory was initially claimed by Ferrari's Alessandro Pier Guidi and James Calado, but the car was subsequently excluded for a ride height infringement. The victory instead went to the Porsche 911 RSR driven by Kevin Estre and Michael Christensen, which had finished just under seven seconds behind the Ferrari.

TF Sport won the GTE Am class with drivers Charlie Eastwood, Jonathan Adam and Salih Yoluc. They gained a decisive advantage during a Full Course Yellow triggered by a blown tyre on the #95 Aston Martin.

The next race is in Bahrain on December 14.