Charles Leclerc will launch his Brazilian Grand Prix from P14 on Sunday and with the bit between his teeth following a qualifying session that left the Ferrari driver very disappointed.

After a strong showing from the Scuderia in FP3, all eyes were on the red cars in the afternoon shootout at Interlagos.

But an impeccable performance from Red Bull's Max Verstappen thwarted Ferrari's hopes of pole, with Sebastian Vettel qualifying second while Leclerc's best effort was only good for fourth, or P14 following the Monegasque's 10 spot grid penalty linked to an engine change.

Leclerc rued a "big mistake" in Q3 on his first timed lap in the last corner, an error he felt had perhaps cost him a run at pole.

"I don’t think pole was out of reach today," Leclerc said.

"I am very disappointed with myself today, I did quite a big mistake on my first timed lap in the last corner which cost me at least three tenths. It's my fault and I take it completely.

"The team did a great job, I think the car was there to fight for pole at least and I didn’t do the job in the car.

"So disappointed, but anyway I have 10-places grid penalty for tomorrow so it was always going to be a difficult day." 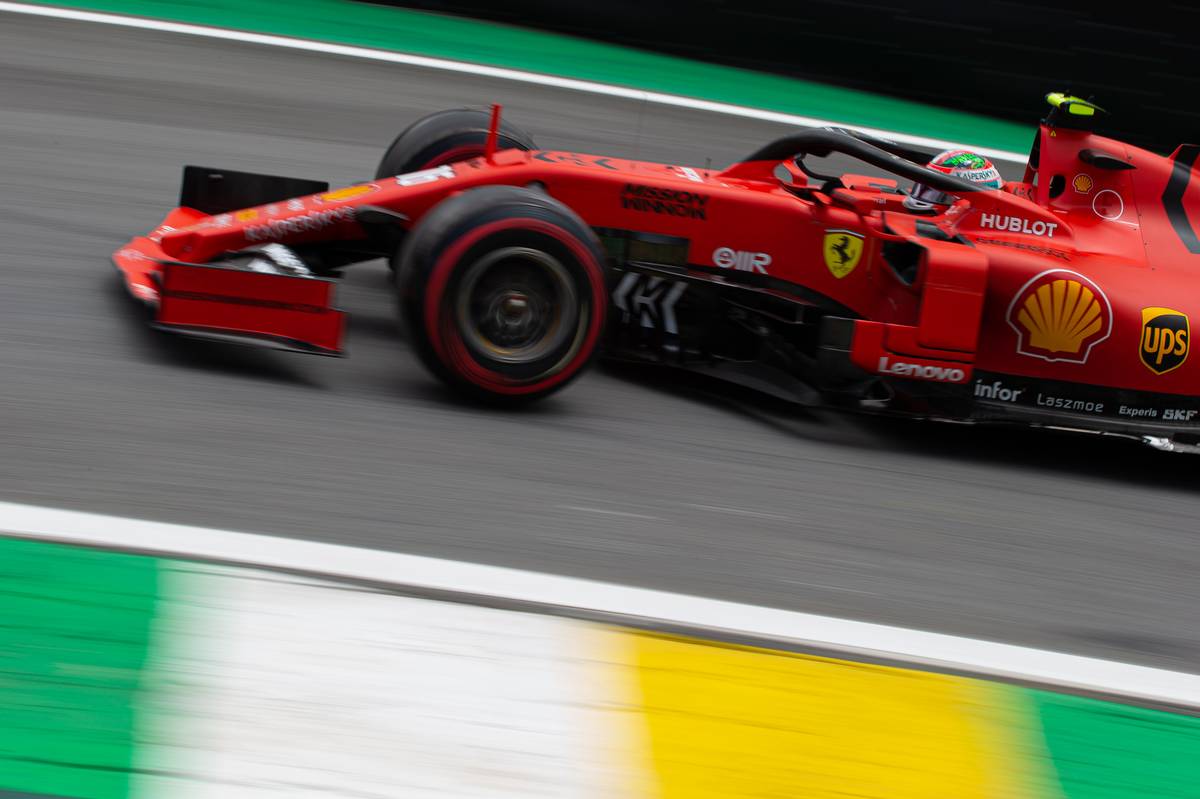 With nothing to lose - except perhaps his third place position in the Drivers' standings versus Verstappen and Vettel, Leclerc vowed to put himself in "full attack mode" when the lights go off on Sunday.

"I enjoy starting at the back, but I enjoy it a little bit less when I’m fighting for third place in the championship, but it’s life and I’ll try and enjoy it as much as possible and come back."

Verstappen: 'We will try to finish it off' on Sunday