Red Bull's Max Verstappen will start Sunday's Brazilian Grand Prix from pole position, with Sebastian Vettel alongside him on the front row.

Verstappen was quickest in all three rounds of the afternoon session, and his final run of 1:07.508s put him 0.123s ahead of the Ferrari. It's his second pole of 2019 since the team's switch to Honda.

Lewis Hamilton had to settle for third place at the end of qualifying. His Mercedes team mate Valtteri Bottas will be next to him on the grid, after a ten-place engine penalty for Charles Leclerc is taken into account.

It was a rough afternoon for McLaren, with Lando Norris narrowly missing out on the final round and Carlos Sainz unable to set any time at all due to a power unit issue. 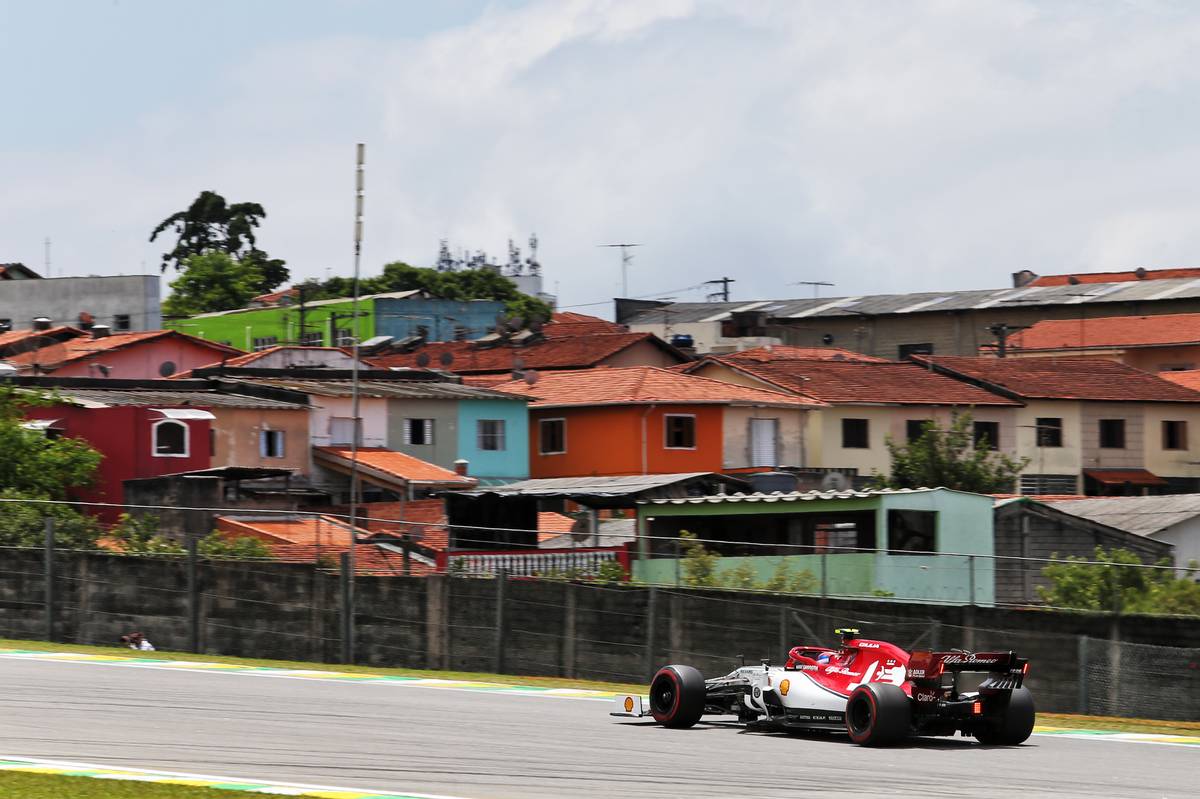 Q1: Verstappen fastest as Sainz fails to set a time

With the cloud building up over the Autódromo José Carlos Pace and track temperatures starting to fall a little, Robert Kubica was first out on track at the start of qualifying in the Williams FW42 that had been rebuilt following his FP2 accident on Friday afternoon. He was soon joined by his team mate George Russell and by Alfa Romeo pair Kimi Raikkonen and Antonio Giovinazzi.

Russell set the opening time of 1:10.688s but the Alfas were over a second quicker, the newly re-signed Giovinazzi just pipping his senior colleague. His time at the top didn't last long however before Toro Rosso's Daniil Kvyat displaced him by the smallest of margins, just four thousandths of a second.

By now the two Ferraris were in action, with Sebastian Vettel clocking in at 1:08.556s which was 0.036s quicker than Charles Leclerc. Then it was the turn of the rookies, with Red Bull's Alex Albon going top and Lando Norris fourth. However there was bad news for the second McLaren, with Carlos Sainz reporting that "Something went! Something went on the engine!" resulting in an order over the team radio to to pit immediately without setting a time.

Despite a scrappy lap with traffic, Max Verstappen's time of 1:08.242s was enough to put him clear at the top ahead of an improved effort from Leclerc, while the Silver Arrows appeared a little off-colour with Lewis Hamilton only fifth fastest and Valtteri Bottas just behind in sixth. With Kevin Magnussen finding good pace in the Haas for seventh, Norris had been pushed down to eighth ahead of Romain Grosjean and Pierre Gasly.

Daniel Ricciardo was looking safe in 11th but his Renault team mate Nico Hulkenberg was under pressure in 16th, which put him in the drop zone along with Racing Point's Lance Stroll and the two Williams - plus Sainz, who was still in the MacLaren garage and yet to set a time.

Red Bull and Mercedes opted to sit out the second run, leaving the track clear for Hulkenberg to improve to tenth place ahead of Ricciardo, and safely through to Q2. Pushed into the drop zone in his place was Kvyat, with Stroll, Russell and Kubica all unable to fight their way out of the bottom five, which was anchored by Sainz whose engine problems had proved intractable in the time available. 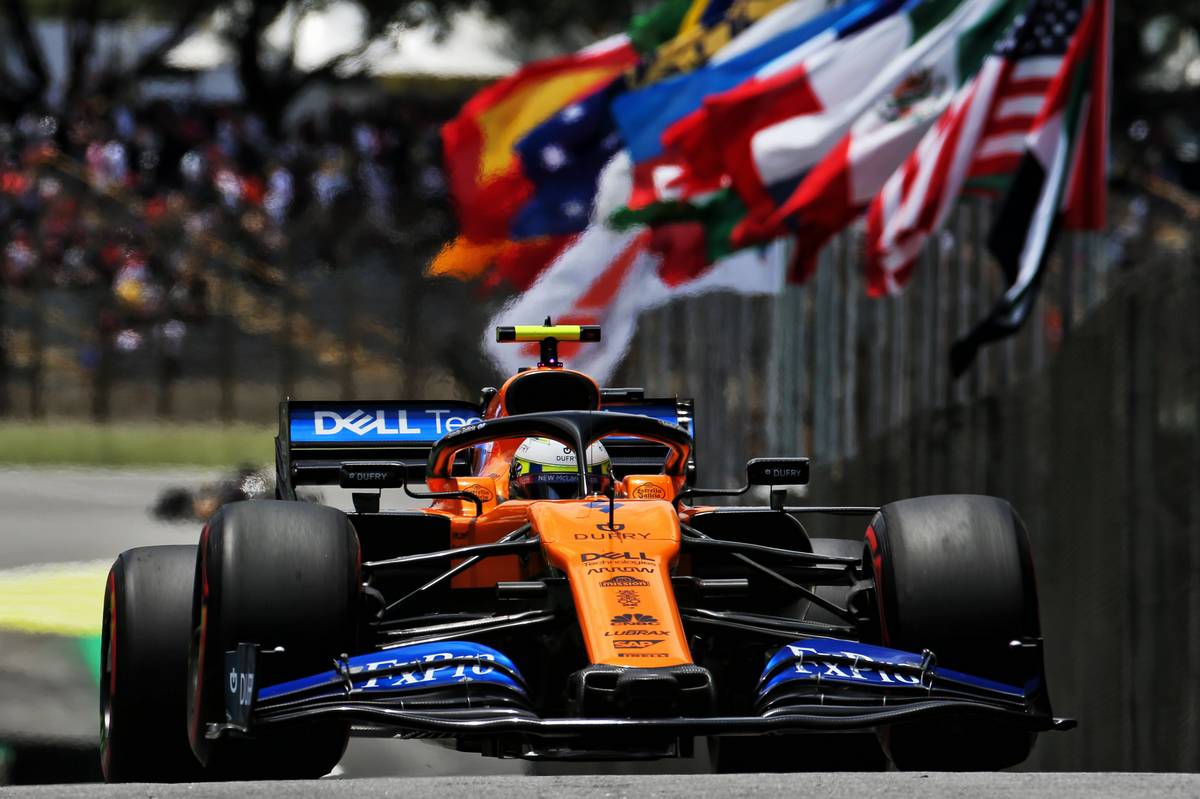 Q2: Verstappen stays ahead of the Ferraris as Norris misses out on progressing

The sun was winning its fight with the overcast conditions as the remaining 15 cars geared up for Q2. No one was in a hurry to get out, and it was two and a half minutes before Hamilton and Bottas blinked first and roared off down pit lane. Significantly they were both still on soft tyres, but Leclerc - already knowing he would suffer a ten second penalty for Sunday's start for a new power unit - came out on a set of mediums.

The early honours went to Verstappen, who set a time of 1:07.503s on the red-walled tyres putting him almost four tenths quicker than Leclerc who was second quickest despite the slower compound. Hamilton could only manage third ahead of Albon, Bottas and Grosjean. Vettel was the final driver to set a time in the second round, and his first run on soft tyres was enough to insert him between Leclerc and Hamilton for third.

After the first runs were completed, Raikkonen was on the bubble in tenth followed by Norris, Ricciardo, Giovinazzi, Hulkenberg and Perez, but only a little over two tenths covered all six drivers meaning there was still everything to play for in their final runs before the chequered flag.

Verstappen, Vettel and Albon all felt comfortable enough to remain in the garage, and it turned out to be a good call as no one was able to significantly improve on their earlier times. That was due to a combination of falling track temperatures and yellow flags for a harmless spin for Giovinazzi at turn 8.

Joining Red Bull, Ferrari and Mercedes in progressing were the two Haas cars together with Gasly and Raikkonen. On the other side of the dividing line, a crestfallen Lando Norris - informed that he had missed out on making it into Q3 by just 0.01s - replied: "I know. Sorry about that, I just didn't put it together." 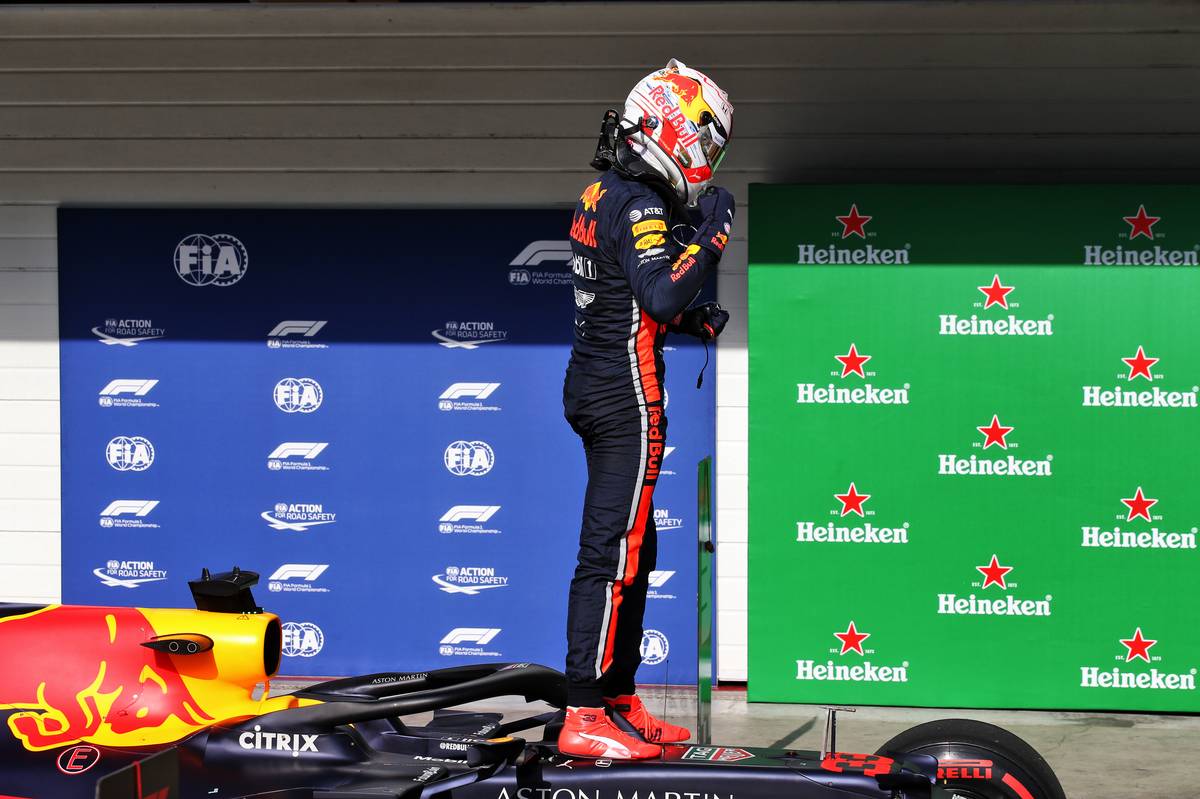 Despite the sunnier conditions, lengthening late afternoon shadows meant that track temperatures were still falling as the remaining ten cars headed out for the final 12-minute pole shoot-out round.

Hamilton took the initial provisional pole ahead of his team mate, but it was quickly reclaimed by the Ferraris and then further repossessed by Verstappen by just 0.008s with a time of 1:07.623s, despite the Red Bull not setting any purple sectors on the way. A little over three tenths covered Verstappen and his team mate Albon in sixth ahead of Grosjean, Raikkonen, Gasly and Magnussen.

After that there was a brief lull in proceedings as the cars reported back to pit lane for any final tweaks before their last push for pole. Leading the charge back out was Albon with Raikkonen and Magnussen in close pursuit, and everyone jockeying for position and clear space to work with. This time the two Silver Arrows cars were bringing up the rear - but would that prove to be to their advantage?

Verstappen was able to find even more time on his last push lap and extended his advantage at the top, keeping him clear of Vettel who lacked pace in the middle sector. Hamilton pushed hard to move into third place ahead of Leclerc, who will drop to 14th on the grid for tomorrow's race - which is good news for Bottas who will move up to the second row of the grid alongside his team mate.

Albon also improved his time if not his position and finished qualifying in sixth ahead of Gasly, with Grosjean beating Raikkonen to eighth place and Magnussen the slowest of the ten runners as the clock ran out. 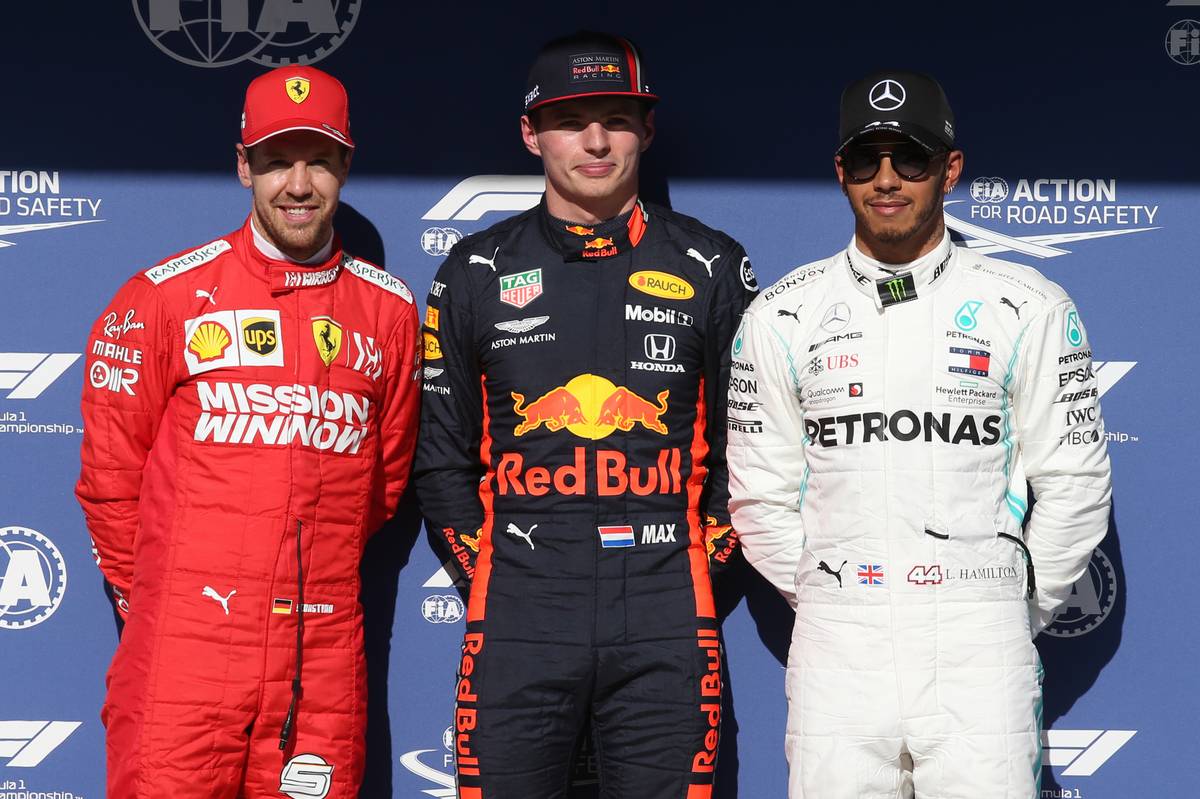 Disappointed Leclerc to fight from behind in 'full attack mode'