Lewis Hamilton lost no time owning up to the mistake that earned the Mercedes driver a five-second penalty and cost Red Bull's Alex Albon a likely podium finish in Sunday's Brazilian Grand Prix.

Albon and Hamilton were running second and third after a final Safety Car restart two laps from the end of the race.

As the pair head towards Interlagos' Turn 10, the Red Bull driver took the normal line into the right-hand corner, a move that enticed Hamilton to go for a lunge into the inside of Albon.

But the Mercedes driver unfortunately pitched his rival into a spin and out of contention while Hamilton continued and finish third.

When all was said and done, the six-time world champion offered his apologies to Albon, admitting the move - which warranted an investigation by the stewards - had perhaps been a tad optimistic

"I massively apologise to Albon," said the Briton after the race. "I went for a move that, the gap was kind of there, but obviously it closed right at the end. Completely my fault."

After the Turn 10 commotion, Hamilton attempted to wrestle back second place from Toro Rosso's Pierre Gasly who had inherited the spot after the Red Bull/Mercedes contact. To no avail unfortunately. 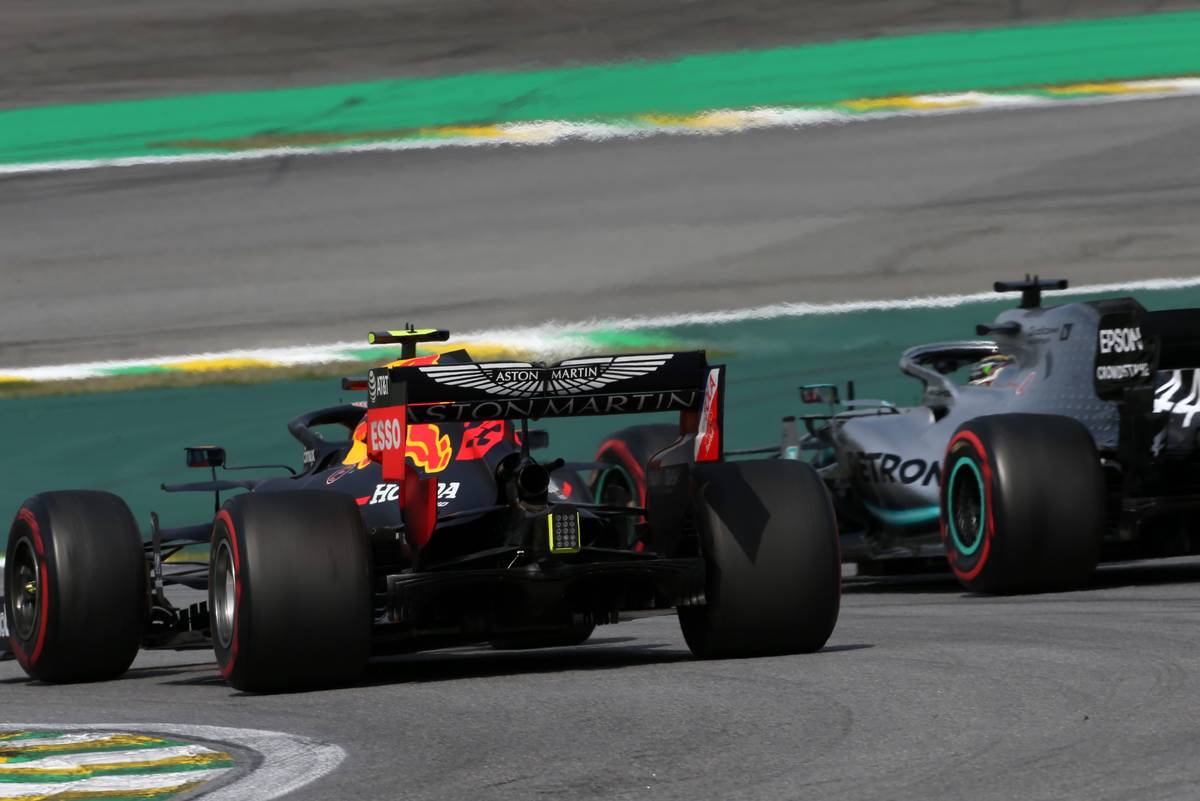 "He [Gasly] did a great job," said Hamilton. "He was very fair with how he positioned the car."

"We threw everything and the sink at it. We could keep up with them [Red Bull] through the corners, but they were just outshining us on the straights. I think there was nothing we could do."

The stewards subsequent investigation into the Turn 10 incident determined that "Car 44 was predominately at fault for the collision with Car 23 at Turn 10 and therefore ordered a five second penalty".

The offence demoted Hamilton down to seventh, while McLaren's Carlos Sainz saw a priceless podium land in his lap!

But... The Spaniard is also under investigation for illegal DRS use. Stay tuned...