Toro Rosso's Pierre Gasly was ecstatic after picking up his maiden Formula 1 podium, having finished the 2019 Brazilian Grand Prix in second place behind Max Verstappen.

"It's my first podium in Formula 1, and for sure I will never forget it. It's such a special moment," he said. “It’s just the best day of my life right now. So many emotions.

Gasly benefitted from two late safety car periods, the first of which put him back on the lead lap and the second promoting him to second place after the two Ferraris took each other out.

However he still had to battle Lewis Hamilton to retain the spot in a wild two-lap shootout at the final restart.

Initially unable to fend off the Mercedes, he had another chance when Hamilton clashed with Alexander Albon - the man who took Gasly's Red Bull seat over the summer.

"At the end I saw they were battling and tried to push as hard as I could and the opportunity came to us.

"Lewis had new tyres, and I knew he was going to try something [on Albon]", he told Sky Sports F1. "He tried, they collided. When I saw we could go through this and we were second, I was like, 'Okay, this is looking really good!'

“I still had Lewis behind me until the last centimetre before the line. He was really trying and I could see his front wing," he continued. “I really didn’t want to let him past, because I wanted to hold onto that second position. 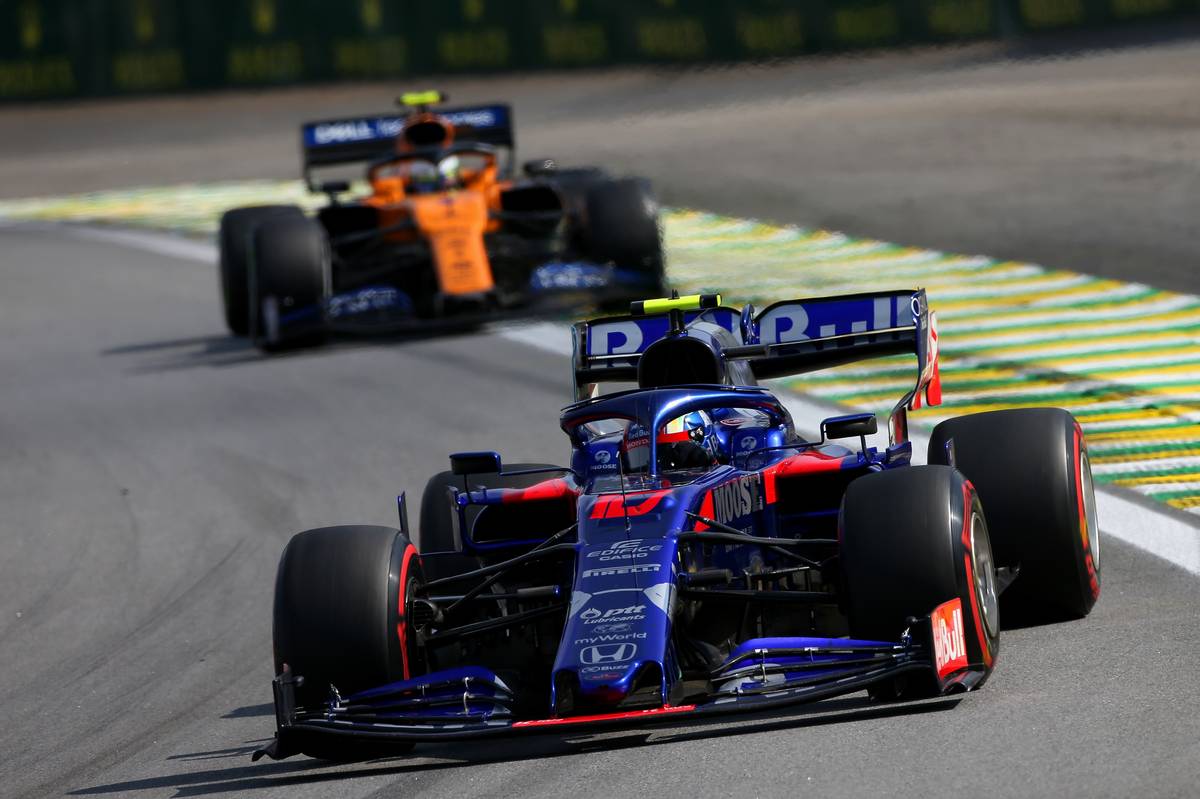 “I don’t know when I crossed the line. I had so many things going through my mind, and so many emotions as well, and yeah - it’s just incredible!

“That’s why I love motorsport, these emotions - I just kept believing until the end," he added. "That’s why I want to stay in this sport for so many years, because this kind of day is just amazing."

Without doubt, thoughts of that difficult period over the summer when he was demoted from the senior Red Bull squad back to the junior Toro Rosso team couldn't have been further from Gasly's mind on Sunday.

"To get [my first podium] with these guys, Toro Rosso have given me such a fantastic car since I've come back. It's an amazing day.

“It’s just the best day of my life right now,” the French driver said afterwards. "I didn’t really imagine it was going to happen right now in the second part of the season with Toro Rosso. 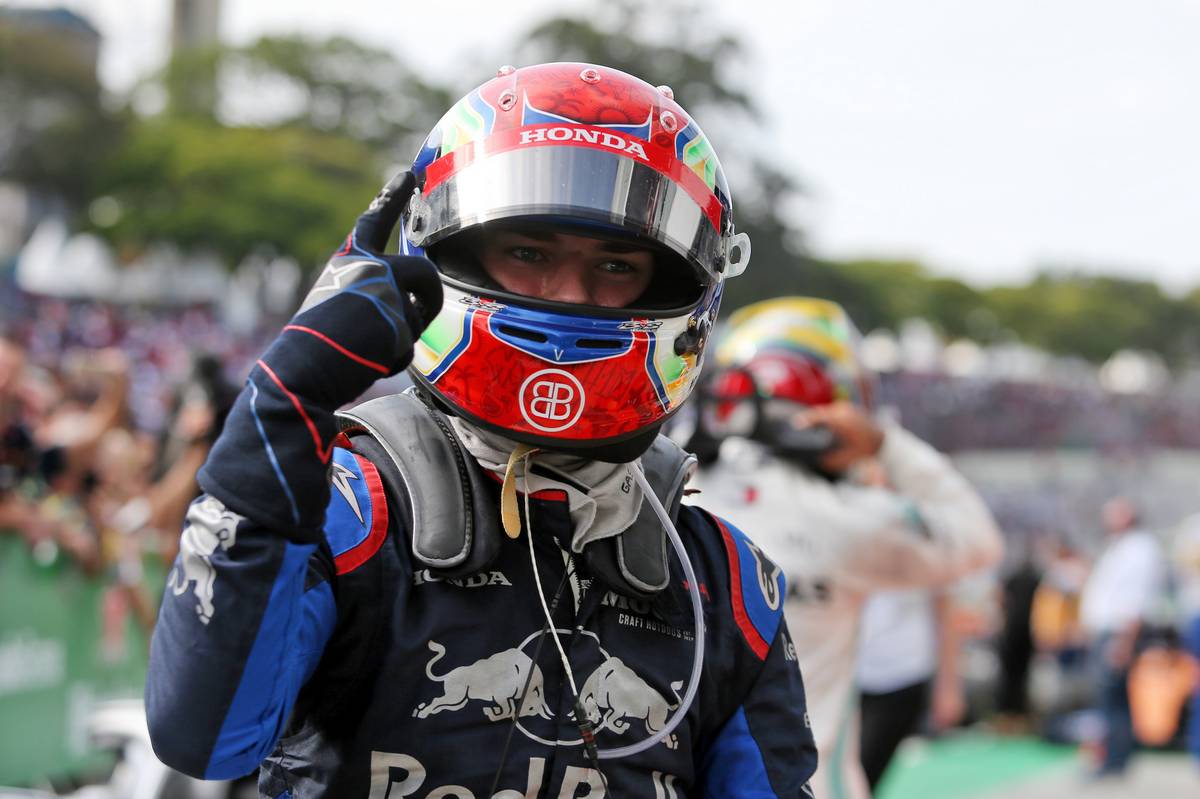 “I must say a big thanks to Honda because without the progress they have made, without them, I would never have held the second place on the line. Big congrats and thanks to all the guys.”

Gasly was congratulated on his achievement by his former boss at Red Bull, Christian Horner.

"It's great for Toro Rosso too, and it was great to see them get that result today," he said, adding that the smaller team was the best place for Gasly right now.

"In that environment, there's been less pressure, the car is a little easier to drive, and he's driving brilliantly and it's great for him and great for his confidence."

Victorious Verstappen 'had to keep pushing all the time'