While the Scuderia drivers were a little over 0.3s adrift from the day's pacesetter, long runs indicated a more significant deficit for the Italian outfit.

Red Bull's Max Verstappen concluded the session P4, edging teammate Alex Albon, while Haas' Romain Grosjean was best of the rest, although the Frenchman's evening was cut short following a run-in with Bottas in the latter part of FP2.

As the sun set over Yas Marina, the cooler temperatures provided teams with conditions close to those that shall be encountered by everyone in qualifying and on race day.

FP2 was therefore expected to deliver a clearer picture of the running order compared to FP1 which saw Ferrari under-perform its usual rivals and Vettel crash in the closing stages of the session.

As a measure of precaution, the Scuderia replaced the gearbox on the German driver's car, and it was a penalty-free change.

Vettel's teammate Charles Leclerc sprang into action at the outset, clocking in with the fastest lap, albeit one that was three seconds off Bottas' morning pace. 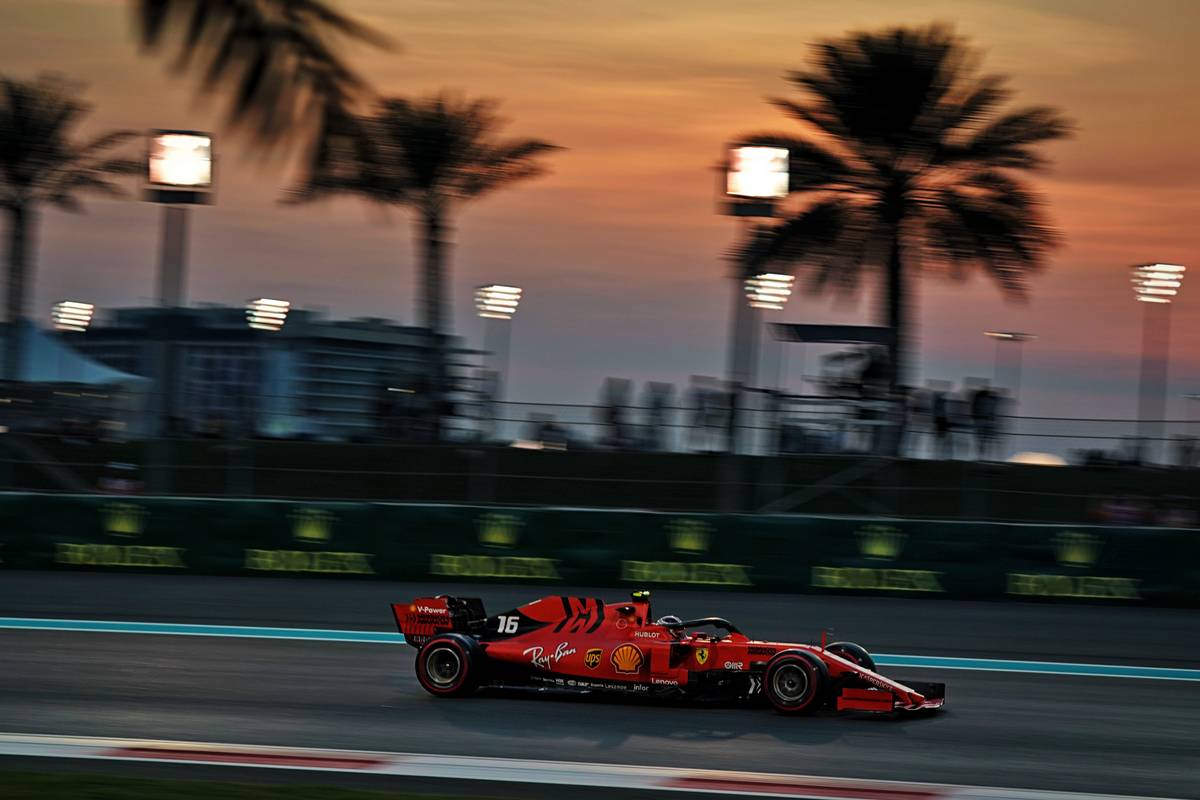 The hard-shod Monegasque eventually lowered his time to a Ferrari-best of 1m37.997s, but Verstappen reacted almost immediately with a 1m37.145s that put the Dutchman in charge ahead of Bottas and Hamilton.

Fifteen minutes into the running, Renault's Daniel Ricciardo took to the track for first time, powered by a new unit after his engine failure in FP1, while Vettel also emerged from his garage to get his evening going.

Qualfying simulations were in order after 30 minutes, with Leclerc kicking the fast runs. Alas the Ferrari driver tapped the wall in the final sector after a big moment at Turn 19.

The car appeared intact, but the mishap warranted a thorough check by the Scuderia's crews back in the garage. 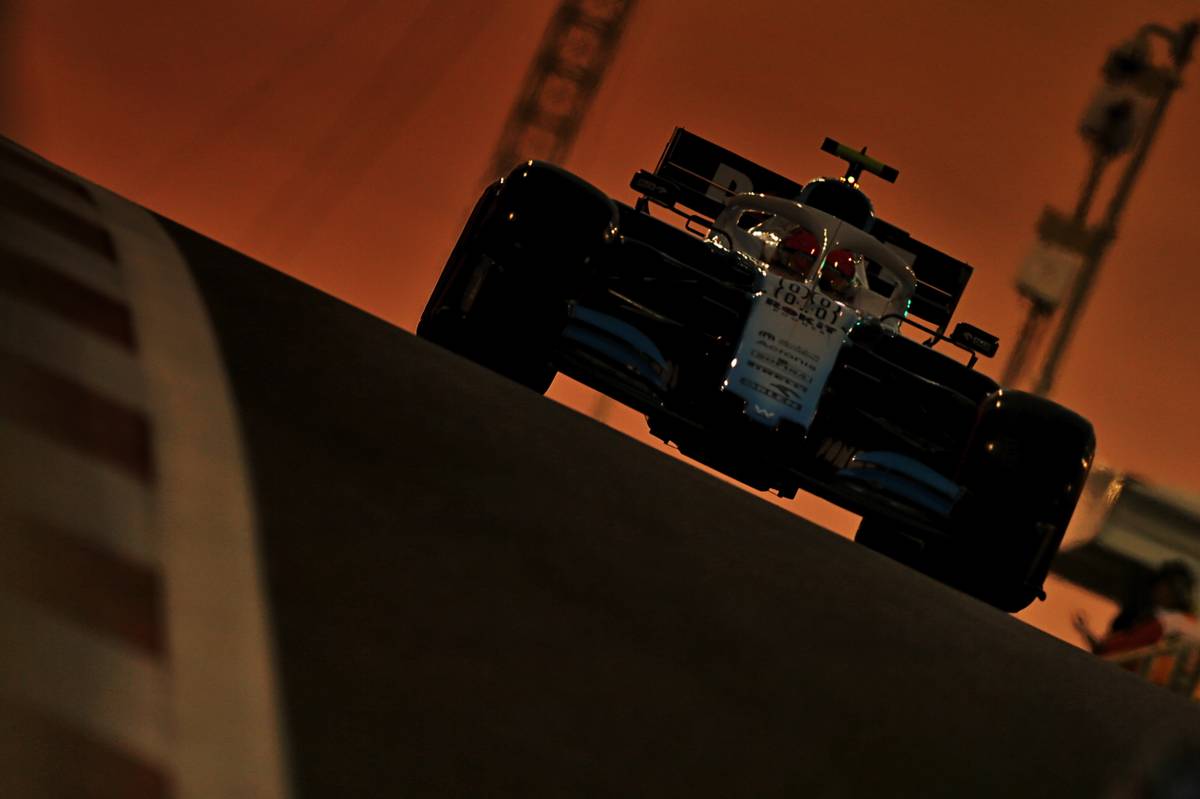 Meanwhile, a soft-shod Bottas took a successful shot at lowering his morning benchmark, setting the fastest lap of the day at 1m36.256s. Hamilton, also on softs, moved up to second but remained 0.378s adrift from his teammate.

Armed with a fresh set of softs, Leclerc could only manage P3, suggesting that Ferrari still has significant work to do to threaten its rivals, with the red cars visibly a handful to master around Yas Marina's twisty corners.

A little after the halfway mark, Giovinazzi brought out a brief yellow flag after he entertained the spectators with a 360 degree spin at Turn 19.
Vettel's qualifying sim delivered a P4, just behind Leclerc and ahead of Verstappen, but the Mercedes drivers remained out of reach on the soft compound. 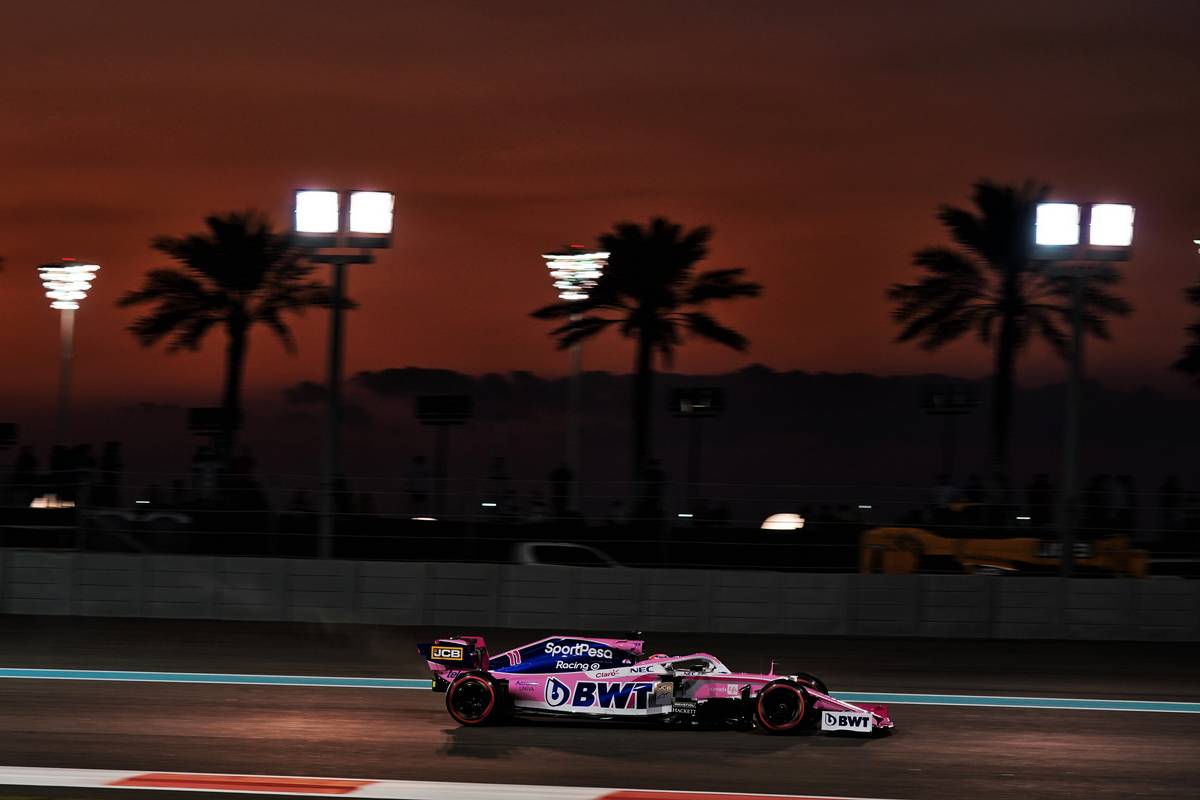 With 30 minutes to go, most teams switched to their long runs. As Bottas was settling into a medium tyre groove, the Finn attempted to overtake Grosjean into Turn 2, but the Frenchman - either distracted or wrongly judging the distance with the Mercedes - drove into Bottas, with both cars shedding bits of bodywork and debris.

The clash brought out the red flag and interrupted or spoiled those who were on or about to initiate a long run.

Asking who had crashed, Hamilton was informed that Grosjean had turned into his teammate, to which the Briton quipped "…could've guessed"!

The action resumed with 12 minutes remaining and a flurry of activity as drivers picked up their long pace.

A superficial analysis of Ferrari's relative performance in race trim indicated a one second deficit to Mercedes, suggesting a challenging Sunday ahead for the Scuderia.

The FP2 checkered flag was brandished with Valtteri Bottas once again leading the pack.

Williams' Russell under the weather but fit to drive