Mercedes was forced to change Valtteri Bottas' power unit for a second time this weekend after a pneumatic leak was discovered on the Finn's former engine.

A unit failure in Brazil compelled Mercedes to bolt on a brand new engine to the back of Bottas' car for Abu Dhabi, which in turn guaranteed a back of the grid start on Sunday for the Finn.

The latest change, forced upon the team when it discovered a pneumatic leak on Friday evening after FP2, obviously won't change Bottas' position on the grid.

It could however deliver an edge to the driver in the race and help him fight his way through the field.

UPDATE: @ValtteriBottas will take his fifth PU of the season after we suffered a pneumatic leak yesterday.

He will use a new ICE, MGU-H, MGU-K and Turbo for the rest of the race weekend. He will (still) be starting from the back of the grid. #AbuDhabiGP #F1 pic.twitter.com/rZ8dmI7JBB

"I still want to fight for the pole, you know, even though I would not keep it," said the 2019 runner-up in the F1 championship.

"That would be good fun and with a fresh engine as well. But definitely the main focus just has to be the race pace, because we know we're going to start from the back.

"We will see what we can do differently maybe with the setup, or if there's anything we can find to prioritise the race pace."

Ferrari: Hamilton availability for 2021 'can only make us happy' 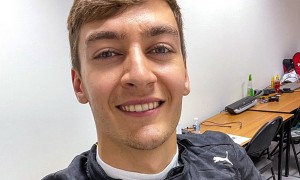 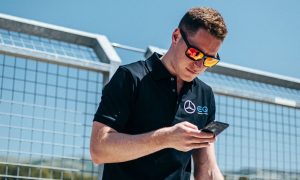 Vandoorne ready to roll but 'waiting' on news from Mercedes