McLaren's Carlos Sainz was clearly unhappy to finish the last qualifying session of the 2019 season with a below-par performance in Q3.

Sainz was sixth in the second round, but too many cars jockeying for position meant he wasn't able to match his earlier time when it came to the top ten pole shoot-out round.

“I’m very disappointed with that P9 when I’d been very strong in Q1 and Q2," he admitted afterwards.

"I was looking forward to putting another good lap together in Q3," he said. "Honestly I was disappointed because I'd been flying in Q1 and Q2 and had a bit of a buffer in the midfield.

"I don't know how we managed to get ourselves in trouble in Q3 with those outlaps," he admitted. "Mercedes were fighting with Verstappen, overtaking me, couldn't put temperature in the front tyres.

"By the exit of turn 1, I was already one tenth down on my Q2 lap," he pointed out. “It’s a shame, because matching my Q2 lap would have put us P7 easily.

"When you have a two or three tenth buffer on the midfield you want to capitalise on it, but now I have to start behind them," he said

Sainz is also keenly aware that starting on the soft compound means that he'll be under attack from those behind him such as Toro Rosso's Pierre Gasly who will have a free choice of tyres for the start of the race.

"Disappointed, but at the same time we need to keep learning from these little details," he added, turning his attention to tomorrow's race.

"This has been a track where I've struggled [in the past] so today to be so fast in qualifying motivates me," he said. "I was feeling at home in the car, I was understanding what to do in every moment.

Although he finished qualifying in ninth, an engine penalty for Valtteri Bottas will promote the Spanish driver to eighth place on the grid.

"I expect a tough race tomorrow," he said. "IT's going to be be a tight one."

The result of Saturday's qualifying session means that Sainz narrowly loses out in the season-long battle with his rookie team mate Lando Norris for the overall best performance.

Norris has managed to start ahead of Sainz on the grid on 11 occasions in 2019, compared to 10 times that Sainz has had the edge. 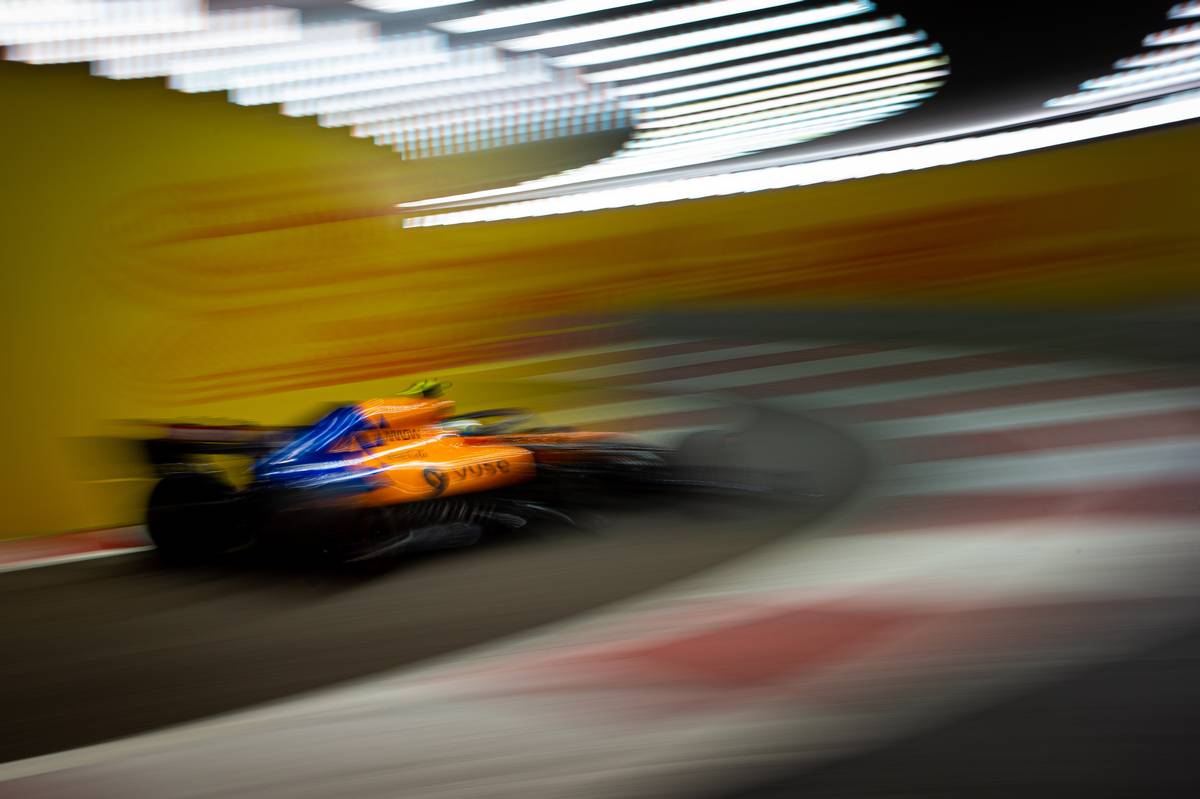 "It's the only thing everyone has said in every interview: 'Nice job, 11-10 in qualifying!" Norris said to Sky Sports F1, although he didn't think his last push lap had been a good final effort.

"It was nice, it was a good lap, I didn't make any big mistakes," he said. "But it was just decent, it wasn't anything amazing or the best lap of my life.

"It was just controlling the tyres, making sure you didn't do wheel spins or oversteers," he added. "Here it's so sensitive to one oversteer that it can all go wrong very quickly!

"I did it in Q2, or Q1 - I pushed too much in turn 1 already and had a huge oversteer. By the end of the lap the tyre temps were way too high already. Sometimes you've got to drive slower to go quicker.

"We achieved P7 but a P6 grid start taking into account the Bottas penalty so I’m happy," Norris continued.

"It’s been a pretty good couple of days. I’ve generally been fairly comfortable with the car, which has been positive.

“We knew qualie was going to be tough and our aim was to get into Q3 and we did that. We’re ahead of the midfield guys we wanted to beat, so that’s a bonus.

"It couldn’t have been any better in terms of positions. It’s a good way to end the season.”

Verstappen: front row was 'best we could do today'