Hamilton and Rossi came together at the Circuit Ricardo Tormo for an epic track day and ride swap which saw the two motorsport legends test each other's winning machines.

Jarvis said the site of the two great champions running side-by-side was one he will never forget.

"It was an exceptional day," said the Yamaha Racing managing director.

"To have Lewis together with us and Valentino, two icons of sport at the same time and place, was really amazing. I'm really happy that I could be there to witness it and to enjoy it.

"I was very impressed by Lewis' performance because how many four-wheel champions could come here and get on an M1, go out there, and do themselves proud.

"It's very difficult to ride a motorcycle fast on track and even more challenging and demanding to ride a factory MotoGP bike."

Hamilton admitted to having one little moment on Rossi's bike, although it was inconsequential.

"The bike is so hard to ride," Hamilton told Sky Sports News. "I did have one little spin with it but I brought it back in one piece.

"Honestly, this has been the best year and this just tops it off," he added.

"I wasn’t expecting to get to December and have this kind of high. Now I’m looking forward to seeing family and spending Christmas with everyone.

"I just want to wish everyone a great Christmas and happy holidays." 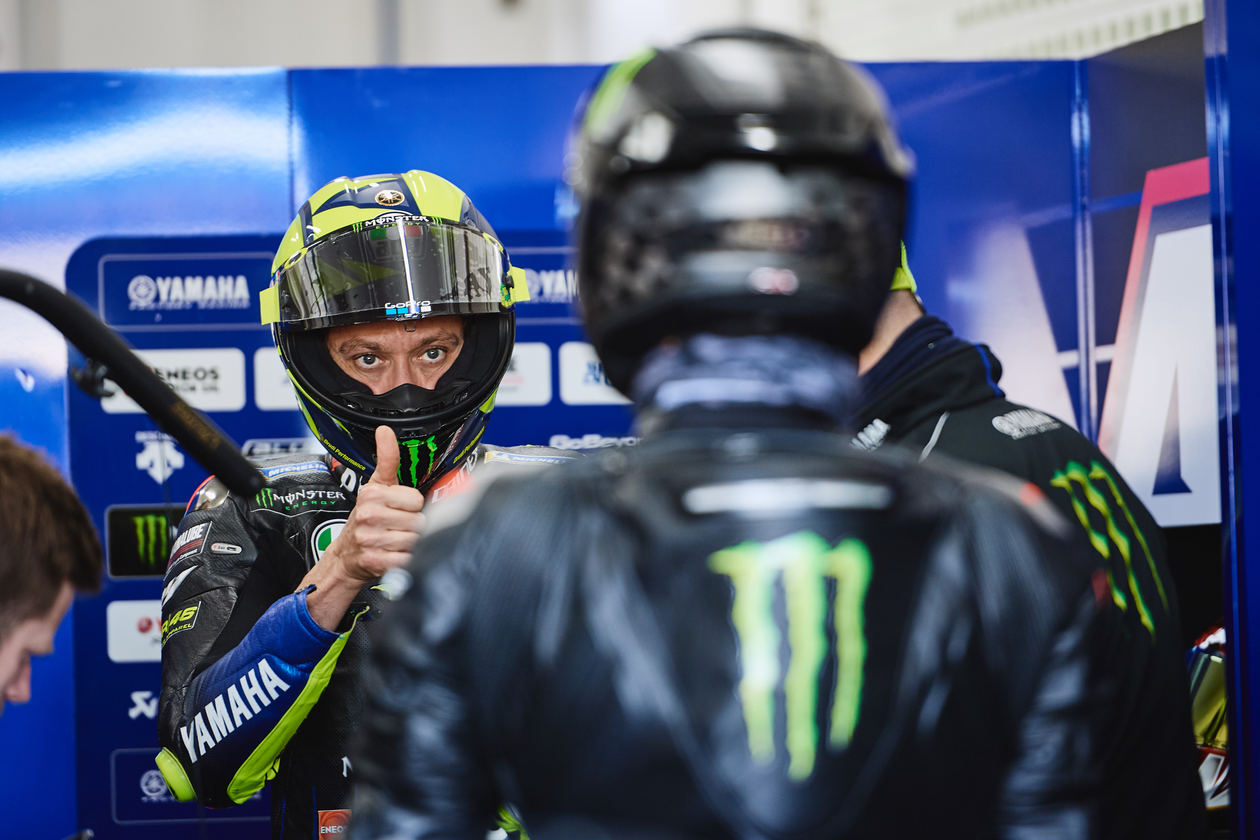 Rossi is well acquainted with F1 machinery, having tested several times for Ferrari between 2004 and 2009.

But after sampling Mercedes' 2017 championship-winning W08, the Italian said that "much has changed" since his last F1 experience.

"Sincerely, I was impressed with the car and its handling, as well as with the Mercedes-AMG Petronas Motorsport team, who were great to work with," said The Doctor, quoted by Motorsport.com.

"They were very welcoming and made it easy for me to get familiar with the car.

"At first you get an amazing sensation of speed. The G-forces were not so bad, but it takes some getting used to. Once I got into the rhythm I could really push. It was a great pleasure.

"I really enjoyed sharing this experience with [Lewis], and I think he had loads of fun too, demonstrated by how reluctant he was to stop riding!

"I sincerely hope we will get to have many more experiences like this in the future."

Here is a longer video than the one we posted yesterday of the two titans' encounter and ride swap.