Renault F1 junior Guanyu Zhou has been handed the new Anthoine Hubert Award, an accolade gifted by Formula 2 to the category's best rookie of the year.

The new award which honours the legacy of the late Hubert, who was tragically killed at Spa earlier this year, was presented to Zhou at Formula 2's prize giving ceremony at Monaco on Wednesday evening.

The Chinese driver achieved five podiums and one pole position in his maiden F2 campaign, scoring a total of 140 points to finish seventh in the championship.

The award’s logo was created to best represent Anthoine and features the red, white and blue star that was part of the Frenchman's helmet design.

"We wanted to honour him and ensure that he is remembered fondly in every season to come.

"As such, we have decided to give this award named after Anthoine to the best rookie of the season, a title which I am convinced he could have fought for by this year’s end." 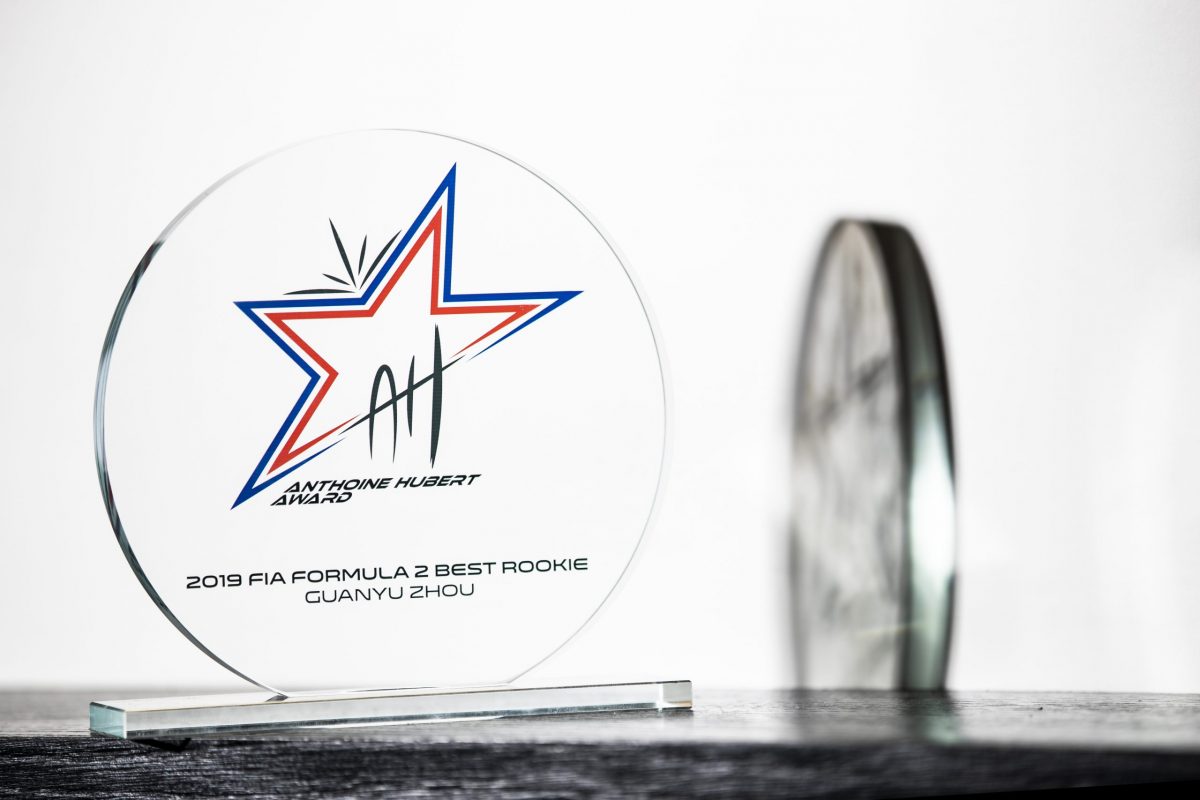 The unique award was presented to Guanyu Zhou by Victhor Hubert, Anthoine's brother.

"It is a huge honour to be receiving this special Anthoine Hubert Award for the Rookie of the Year," said the 20-year-old member of the Renault Driver Academy.

"I think that it is something that will be a great memory for me, and for this year. From a personal point of view, this has obviously been a great season, and we have achieved stuff that we never expected to be achieving so quickly.

"Obviously, there have been ups and downs this year, but I am so grateful and thankful to UNI-Virtuosi for all of their hard work and to Renault as well, for everything that they have done for me, to help me become a better driver.

"I am wishing Anthoine all of the best up there, I am trying to do him proud and I will continue trying to make him proud for the rest of my racing career."