Alex Albon has singled out his main New Year's resolution, the Aston Martin Red Bull charger pledging to close the gap with teammate Max Verstappen and mix it at the front!

It's been a whirlwind past twelve months for the British-Thai racer whose career was turned on its head in late 2018 when Red Bull motorsport boss Helmut Marko unplugged Albon's Formula E plans to slot him into Formula 1.

A positive 12-race apprenticeship with Toro Rosso led to a mid-season switch to Red Bull Racing where the 23-year-old's stock continued to appreciate.

"If someone had told me in November 2018 that I was going to spend the next year racing against Lewis and fighting him for the podium in Brazil, I would’ve said you were lying.

"I didn’t even have a drive in F1 at that point," Albon remembered.

His consistency in the second half of 2019 delivered points to his team in every single race bar one: the Brazilian Grand Prix, in which a chance of a podium finish was squandered by an over-zealous move by Hamilton on the penultimate lap of the race.

But overall, Albon is satisfied with his maiden campaign in F1, although he knows that he's still on a learning curve.

"Working with Toro Rosso was great, I felt very well looked after and part of the team," he explained.

"It was a big step for me to be called up to Red Bull Racing – there were big boots to fill and being new to the sport I wanted to make an impact and prove what I could do.

"There are things I need to work on for next season, but I’m starting to get a better understanding of where I need to improve." 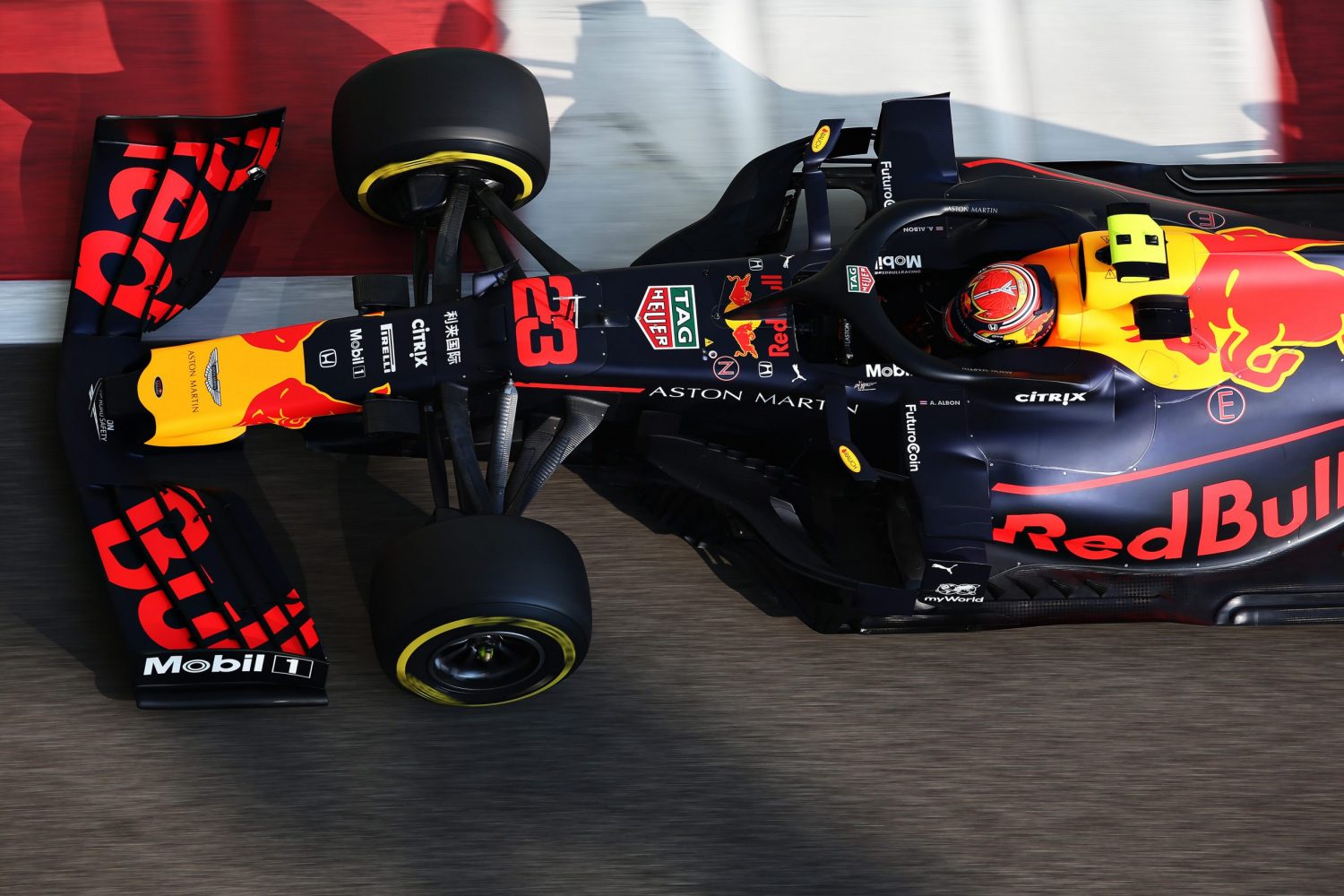 While he delivered on race day, Albon also had a few costly offs during free practice in the second part of the season.

"I have to question where I can improve and what I need to do to improve," he added.

"I need to take it a bit easier in free practice and try not to overdrive. We had a taster of what could be in Brazil and I want to build on that over the winter so I can be better next year.

"I’ve only had a year in F1 and less than half a season with the team, but the goal is to close the gap between me and Max."

Like Verstappen, Albon is targeting a strong performance from the outset in Melbourne next March.

"We want to start a bit stronger," he said. "The guys are already working flat out at the factory, we want to keep the pressure on Mercedes and Ferrari.

"The gap is shrinking and it’s looking positive for next year, we’ve got a good platform to work with, which is really important in terms of developing the car and we want to take the next step.

"It’s all going in the right direction, I want to mix it at the front next year!"