If there's any lingering disappointment in the way that he was abruptly demoted from Red Bull midway through 2019, Pierre Gasly certainly wasn't showing it on Friday as he appeared in the new AlphaTauri team colours for the first time.

That's the new name for the former Scuderia Toro Rosso, and the rebranded team's striking new dark blue and white livery was the hit of the week as far as fans were concerned.

For Gasly himself, it's also an opportunity to wipe the slate clean and set new targets and objectives.

“It’s just been an amazing adventure with Toro Rosso,” Gasly said at the team's launch event at Red Bull’s extravagant Hangar-7 complex in Salzburg on Friday evening. “The last two years have been pretty good.

"For the team, a new story is just beginning and it’s a pleasure to be involved right from the start," he added. "It will be important to give AlphaTauri a good start in life.

"2019 was an interesting year as a lot of things happened, both on a professional and personal level. I feel like I grew and learned a lot

"For sure the podium in Brazil last year was the best race I’ve had in my career," he continued.

"To get that second place in Brazil, Toro Rosso’s second best result ever over 14 years in F1, really rounded the season off in the best possible way.

"I was very happy with the way we worked and the way things went and now, I’m more than excited about this new season, which I’d like to start in the same way in which we finished 2019.

"Of course the target is to repeat that kind of performance as many times as possible, and we’ll try to do it this year again. 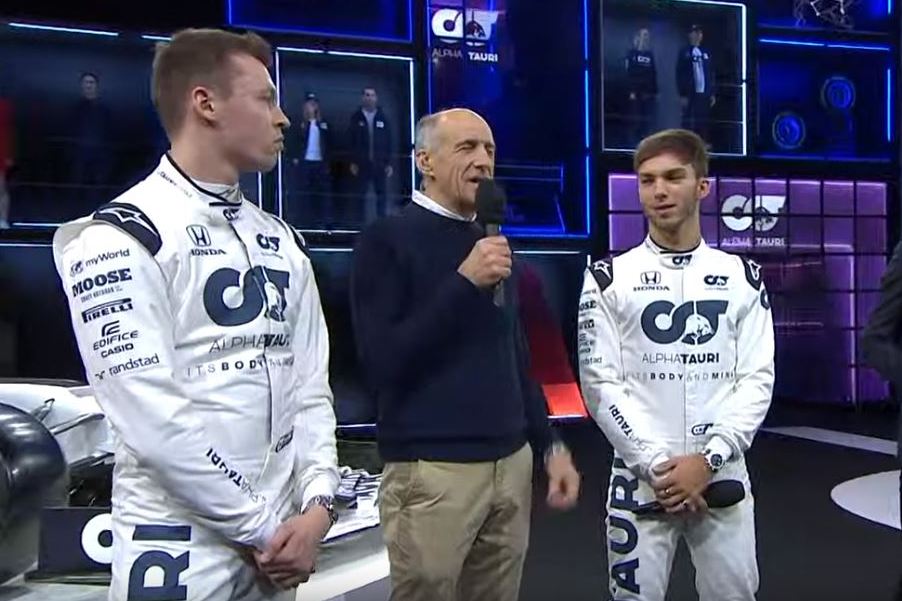 "We must continue to push and it will be important to perform consistently, scoring points throughout the season. We have to seize every opportunity, just as we did last year.

"The team is pretty much the same as before, and everyone is very motivated and focussed with a really good dynamic throughout the company.

"The team went about developing the car improved a lot," he suggested. "The working methods and the way we approached the race weekend was clearly a step forward.

"You can feel it in the factory," he insisted. "Everyone is very excited about the 2020 car and wants to do even better than in 2019.”

"Having said that, last year’s performance owed a lot to how we worked and so I believe we can continue in this dynamic way," he added. "It was a real pleasure to work with them.

"We are all on the right path for 2020 but we need to wait and see how pre-season testing goes," he acknowledged. "It’s exciting to see what lies ahead of us."

And Gasly said he couldn't wait to get back to work, which begins with pre-season testing that starts next week at the Circuit de Barcelona-Catalunya.

"I love racing and it’s what makes me happy, so this looks like being a really exciting year," he said.

"It’s true that it’s going to be a very busy season, but I see that as an additional opportunity to get a good result. I just want it to start now. I’m impatient!”