Former F1 drivers Pascal Wehrlein and Jerome d’Ambrosio have suffered a major setback heading into this weekend's Mexico City E-Prix, the fourth round of the 2019/20 ABB FIA Formula E championship.

Mahindra Racing has been handed a penalty of 40 places for each driver as a result of both cars needing gearbox changes, after a potential reliability issue was discovered in the existing units.

According to FormulaEzone.com, Mahindra broke the seals on its gearbox in order to access parts that needed attention prior to the track action that began with Friday's brief shakedown.

With only 24 cars in total on the grid, the 40-place penalty for Wehrlein and d'Ambrosio will be made up with either a five- or ten-second penalty, of a drive-thru penalty, depending on how they finish in qualifying.

Wehrlein is currently in 12th place in this year's championship with 12 points, while d'Ambrosio is 18th having scored just two points so far in the season opener in Diriyah.

Saturday's schedule sees two free practice sessions in the morning, followed by qualifying at 5.45pm GMT and the race itself at 10pm GMT. 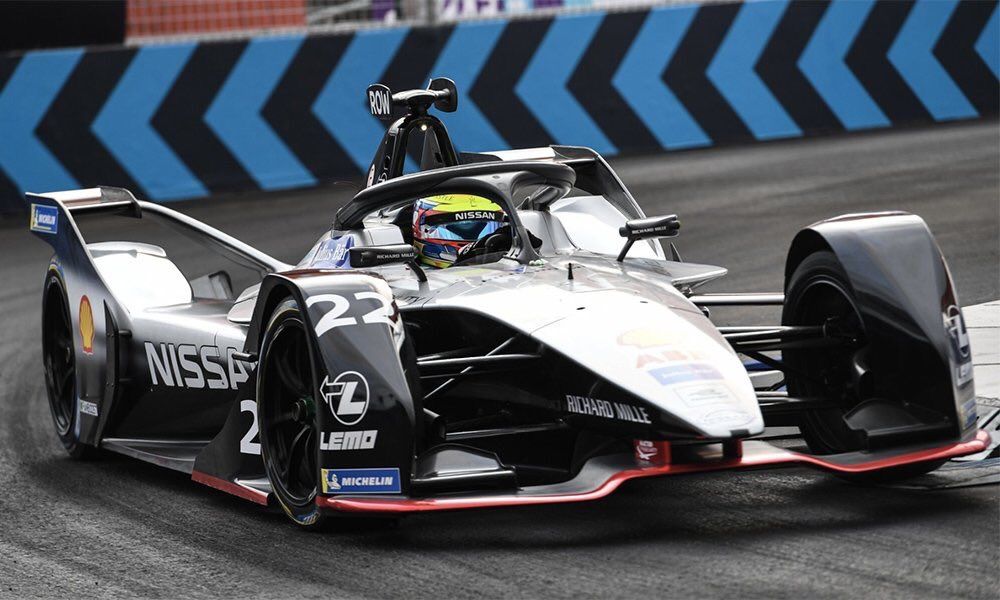 Nissan e.dams are hoping to improve on their performance here 12 months ago when Sebastian Buemi and Oliver Rowland ran out of energy on the last lap of the race.

"It's literally the most heartbreaking thing that can happen," Nissan global director of motorsport Michael Carcamo admitted to the official Formula E website.

"But a good team focuses on what went wrong and what they can do better," he said. "The issue of energy management is the name of this game, that is the fine line we are treading

"That's what it takes to win this race and there is always going to be a margin of racing error that you can't account for and that's what makes winners and losers."

"In our case last year, the miscalculation around the red flag - which was a very unique situation - we hadn't anticipated that.

"But for every event, it's the same: you plan and you execute and then you analyse what actually happened.

Rowland certainly wasn't fazed by what happened last year, and is looking forward to getting out on track today.

"I'm very excited for it," he said. "We're going to see a lot of drivers having fun around here.

"But if you get it wrong, you're going to be in the wall!"

Abiteboul gives strong hint that Renault will stay in F1