Ferrari boss Mattia Binotto says the Scuderia would not be able to exploit a DAS concept of its own, should it choose to do so, until the middle of the 2020 season.

Mercedes acknowledged its novel 'dual axis steering' system on Thursday and the system has led to a lot of head scratching by the German outfit's rivals.

While team engineers have barely started to understand the DAS and how it could be exploited, Binotto dismissed an early adoption of the device by the Scuderia.

Furthermore, the Swiss engineer would also like some clarification from the fIA which has given the green light to DAS for 2020 only.

"I've seen that there is a lot of discussion about it," said Binotto. "Personally myself, I didn't really look in detail, what it's about, but I think we trust fully the FIA.

"I'm pretty sure that they have already done the right decision, or they will do it. But I completely trust on what FIA will judge.

"We will do [talk with the FIA] for clarification, important for us to understand, but as I said, we will not challenge the FIA on their decision, because we trust them fully on what will be or has been the decision on that." 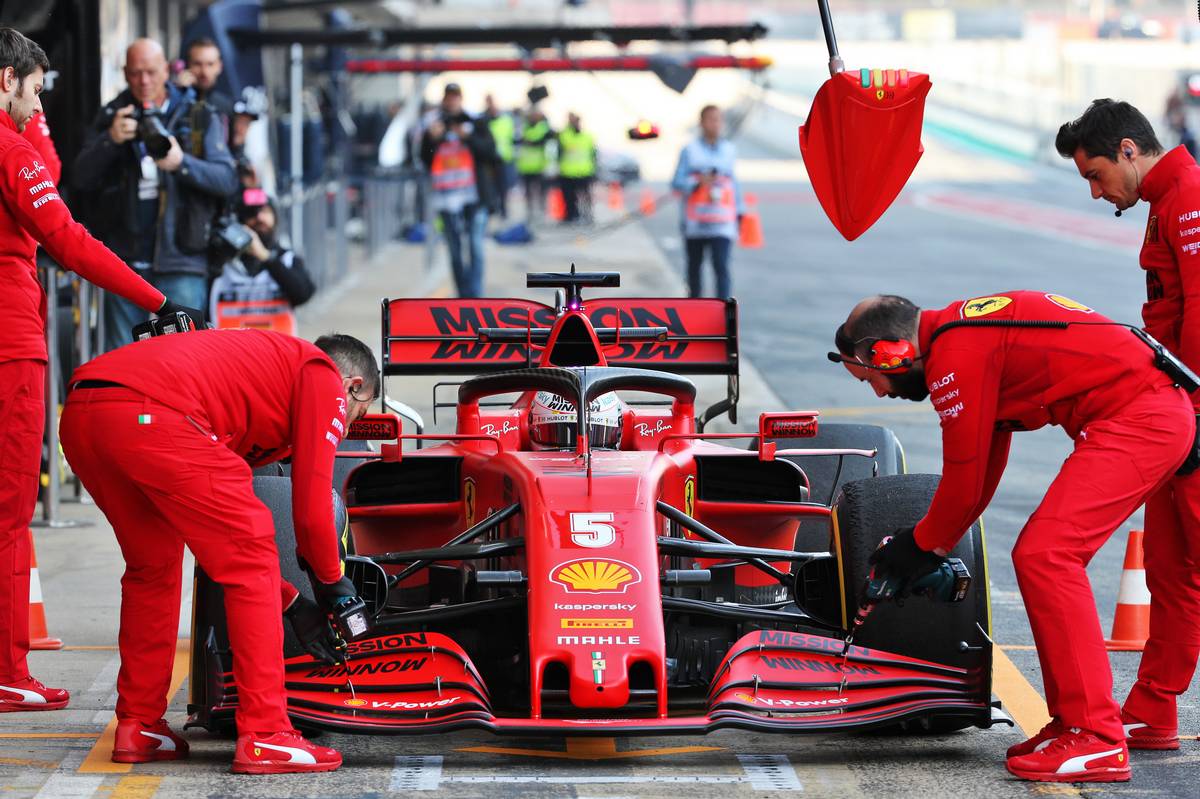 Binotto highlighted the fact that if Maranello decided the DAS was worth an engineering effort, there would be no fast-tracking the development of such a system.

"It's an entire first concept design: design, producing, homologation," Binotto explained. "It has to be safe. So if it is, I think it can be like mid-season, not earlier.

"I think we need to first understand how it works and understand what could be the area of performance benefit.

"I don't think at the moment we've got any ideas. But we will look into it, no doubt, and [whether] it is worthwhile developing or not."

Binotto also downplayed the potential for DAS to represent a "game changer" for Mercedes this season.

"Certainly, the Mercedes has great car, and it has shown to be fast," he said.

"There are a lot of innovations on cars, and I think that a few of the solutions, which are on the Mercedes have been copied from the Ferrari and vice versa.

"So I think at the end, the one you've just mentioned is certainly visible. As a game changer, I don't think so. I think it's part of the entire package and as such I think it's a good package they've got."

Bottas has been 'aware of DAS for a long time'