The FIA will allow Mercedes or any other team that implements the novel Dual Axis Steering device to use the system this year, but DAS will be outlawed for 2021.

F1 teams were caught off-guard on Thursday in Barcelona when Mercedes was forced to reveal its innovative 'dual axis steering' after on-board footage of Lewis Hamilton exploiting the system appeared on social media.

The clever trick allows for the W11's steering system to alter the toe angle of the front wheels, a ploy that helps reduce drag on straights as well as impact tyre temperatures.

The FIA gave Mercedes the green light because the innovative system only alters the toe angle of the front wheels. But teams will now likely think twice about developing a device that won't be allowed next season.

The crux of the matter apparently resides within Article 10.5 of F1's Technical Regulations which states the following:

"The re-alignment of the steered wheels, as defined by the position of the inboard attachment of the relevant suspensions members that remain a fixed distance from each other, must be uniquely defined by a monotonic function of the rotational position of a single steering wheel." 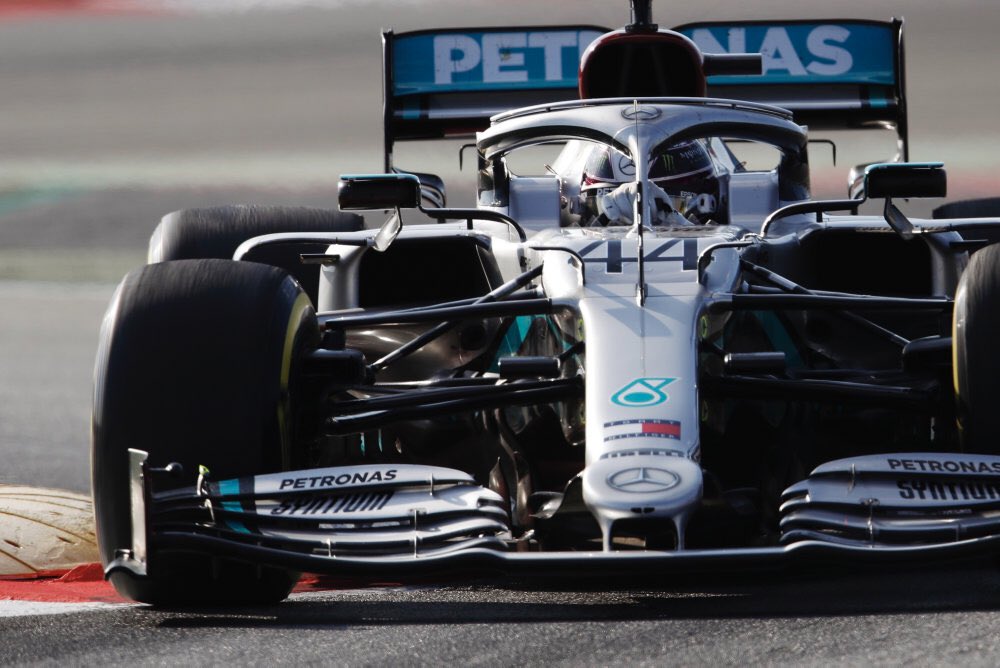 The FIA has awarded Mercedes a period of leniency, but next year's ban is consistent with F1 managing director Ross Brawn's recent comments about introducing a new governance structure that would prevent teams from exploiting loopholes in the sport's regulations.

"If one team stands out there with a solution that had never been conceived and had never been imagined, and destroys the whole principle of what's trying to be done, the governance would allow, with sufficient support from the other teams, to stop it. And this is a whole different philosophy," said Brawn.

"And what then happens, someone who has a loophole thinks to themselves, do I want to use it and risk it being stopped? Or do I want to tell the FIA about it because it wasn't intended?"

In short, Mercedes' "trombone steering" as labeled by Sky F1's Ted Kravitz is toast. At least in the long term.

It will nevertheless be interesting to see if Mercedes exploits the device this season, and more importantly, if it gains a significant edge.

Bottas leaves rivals in the dust mid-day in Barcelona!