The McLaren F1 squad is feeling upbeat and positive after what team principal Andreas Seidl declared to be their best first winter test in years when it comes to reliability.

Over the course of three days of pre-season testing this week, Carlos Sainz completed a total of 237 laps of the Circuit de Barcelona-Catalunya in his time in the MCL35.

Team mate Lando Norris added a further 186 laps to the total tally, with neither driver encountering any significant reliability issues over the course of the test.

"If you look at the number of laps and into the reliability we have shown so far, it’s by far the best start [in] many, many years for McLaren in a winter test," Seidl told the media after the end of Friday's session.

"That’s a great reward for everyone in the team, and proof that the hard work done over the winter is paying off," he added.

However the new car has yet to show its true pace, with Sainz finishing the week 12th fastest overall and Norris ending up 20th of the 21 drivers taking part, after focusing on long distance run on high fuel loads and hard compound tyres.

"The car behaved as expected given the different steps and tests we completed over the last three days," Seidl insisted. "It’s great to see this correlation, so I’m very happy.

"I’m very happy with the outcome of this test, thanks to thorough preparation and very disciplined and focused execution by the entire team. 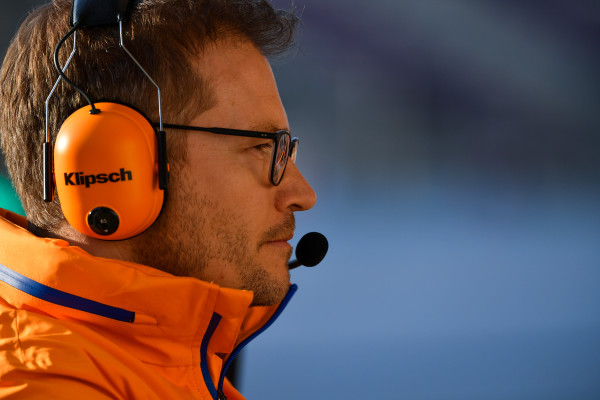 "We were able to tick all the boxes we had on our job list for this first part of the winter testing campaign," he continued. “We’ll use the next few days until the second test to analyse all the data we have collected in detail.

"We're continuously bringing new parts to the car as well," he pointed out. "Today we tried a new front wing in the morning, for example.

"It’s great to see this momentum we are having," he said. "We’ll come back next Wednesday and keep working on our preparation for Melbourne and extracting more performance from the MCL35."

As for the drivers, the word of the day was clearly 'positive'.

"It’s been another good morning going through the whole test programme, still understanding the new car and working through our test items," said Sainz. "I’m looking forward to going into a second week of testing after a positive first one.”

"On the whole, it was a positive day," echoed Norris. "It wasn’t perfect, with a few little setbacks here and there, and a few red flags too which meant we didn’t get to do as many laps as planned, but we only missed a few.

"Apart from that, I got a better feeling for the car and I feel more confident. We’ve taken a few little steps forward.

"These first three days have been a positive way to start the season and to set us up for next week," he added.

Bottas has 'fun Friday' setting fastest time of the week