Kevin Magnussen's premature end to pre-season testing was the result of a problematic wheel spacer causing damage to the right rear rim, the Haas F1 team has revealed.

Magnussen crashed out at the exit of turn 7 after completing just four laps on Friday afternoon, on the final day of the first week of testing at the Circuit de Barcelona-Catalunya.

His right-rear tyre was punctured, sending the VF-20 spinning into the gravel and impacting the barriers, damaging the car but leaving Magnussen unharmed.

"An issue with the wheel spacer damaging the rim was ultimately found to be the cause of the sudden tyre deflation," the team reported after conducting an investigation into the accident.

“The first two days of testing were very good for us with no issues and a lot of data, we got a lot of things done," said team principal Guenther Steiner.

"Today was a little bit more troublesome, these things can happen though," he continued. "We had a damaged rim due to a problem with the wheel spacer, which ultimately caused the puncture for Kevin.

"Unfortunately, the car was too damaged to make it worthwhile to try and get it back out. We could have possibly returned for half an hour but there’s no point."

Rather than repairing the damage to the car, the team opted to get an early start on preparations for next week’s test, meaning that Magnussen took no further part in the session.

"We decided to get properly prepared for next week because we change chassis," Steiner explained.

Despite the disappointing end to the three days of testing, Haas finished the first week of 2020 testing with 316 laps in the books - 206 for Romain Grosjean and 110 for Magnussen. 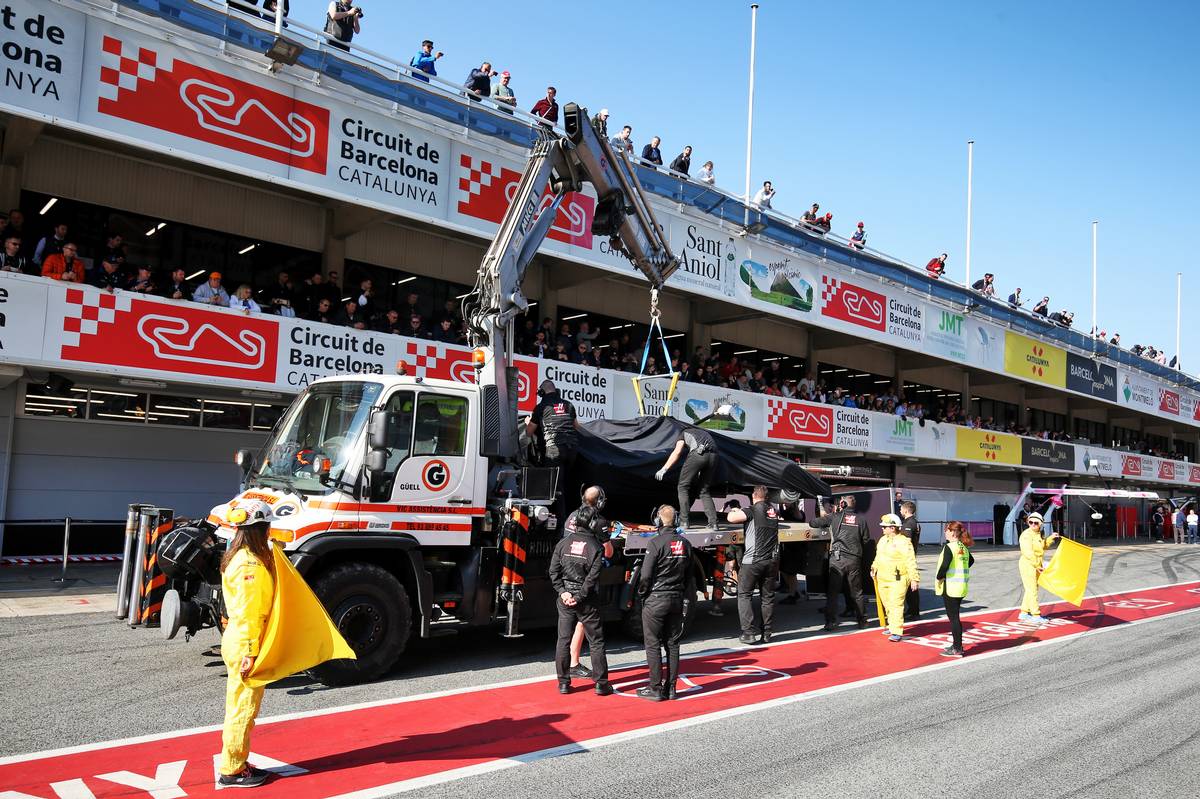 “It was a pretty good morning and a pretty good first week," said Grosjean. "We’ve done a lot of testing and we’ve seen the lap times drop from other people.

"We’ve kept working on what we wanted to, we’ve trialed as many options on the car as we could.

"Generally, it’s been very positive, everything we’ve tested has been good. We ran the whole program we had planned for the morning – I’m very happy with that."

“Overall, testing’s been positive for us this week," agreed Magnussen. "We’ve had two and a half days of good solid running with everything looking as to our expectations.

"I’m looking forward to next week and getting into some more performance running and pushing the car a little bit harder. We’ll work on more set-up and so on as well.

"As I said though, I’m happy with this week.”