Alfa Romeo reserve driver Robert Kubica retained the top spot on the timesheets at the end of the first day of the second pre-season test at the Circuit de Barcelona-Catalunya.

Kubica had been fastest in the morning with a best time of 1:16.942s on the softest C5 compound after completing a total of 53 laps. It left him over half a second clear of AlphaTauri's Pierre Gasly and Red Bull's Alexander Albon before lunch.

Kubica took no further part in the day's proceedings, as he handed over the C39 to Kimi Raikkonen. The other teams adopted a similar driver swap strategy with the exception of Haas, where Romain Grosjean ran the full day. 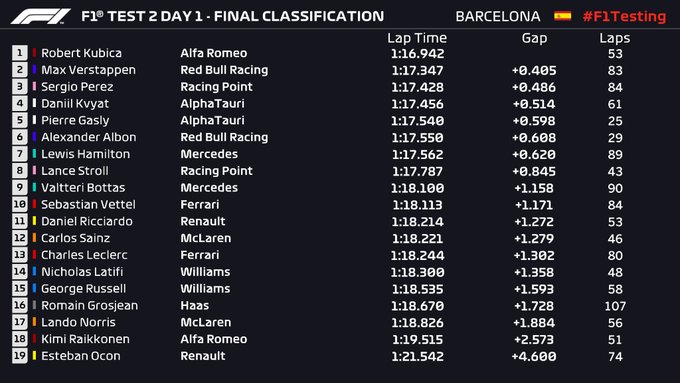 It was a quiet start to the afternoon, and it wasn't until the final hour of the session that there was any change to the top, with Max Verstappen finally putting in a hop lap on the C3 tyres to slip into second place with a time of 1:17.347s.

Shortly afterwards, Sergio Perez promoted Racing Point into third with a time of 1:17.428s and Daniil Kvyat claimed fourth with a best effort of 1:17.456s to put himself just ahead of his team mate Gasly's morning run.

Albon was pushed down to sixth by these late improvements, ahead of fellow morning runners Lewis Hamilton and Lance Stroll. Valtteri Bottas was ninth quickest after taking over the Mercedes W11 following lunch and completing a problem free 90 laps to add to Hamilton's earlier 89.

Sebastian Vettel's morning time was good enough for tenth quickest putting him ahead of Daniel Ricciardo, Carlos Sainz and his own team mate Charles Leclerc following another subdued track day for Ferrari.

Nicholas Latifi had set what proved to be the 14th fastest time of the day before an oil leak issue on the Williams, but the problem was resolved in time for George Russell to get 59 laps more on the total FW43 lap count by the end of the day. 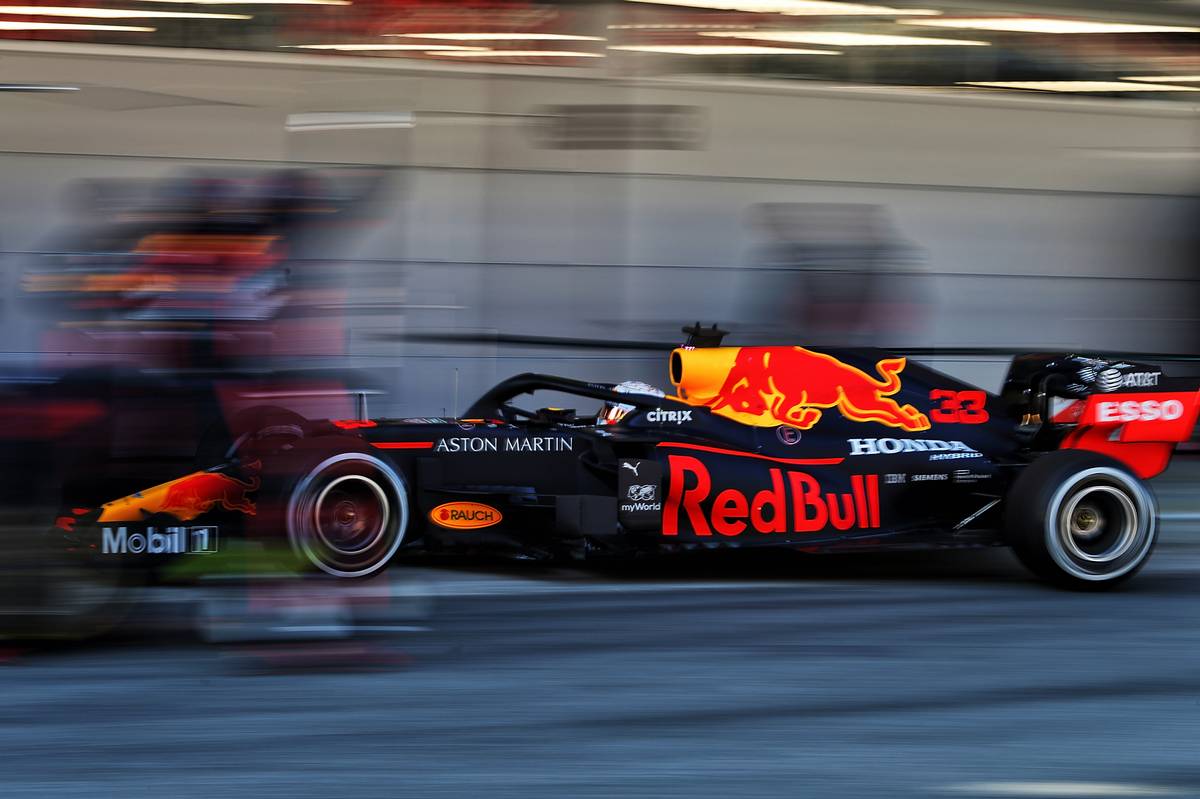 Grosjean's full-day stint behind the wheel saw him complete the most distance of anyone on Wednesday with 107 laps in the books and the 16th fastest time, with Lando Norris, Kimi Raikkonen and Esteban Ocon completing the roll call for the day.

In the morning session, Ferrari's Sebastian Vettel had trigged the first red flag of the day after spinning at turn 8 and kicking gravel onto the track. A second brief stoppage half an hour later was for Williams' Nicholas Latifi stopping on track with an engine issue.

The afternoon session ran problem free until almost the very end of the session. With five minutes remaining on the clock, Verstappen had a strange slow-speed spin at turn 10. He was forced to climb out of the car and spent several minutes staring at the back of the RB16 trying to work out what had happened.

Kvyat also stopped at the same time at turn 9, possibly having been pushing the limit on an low-fuel run. As a result of the two cars being stranded on the track, the session ended under the red flag and was not resumed.

Here's another recap of the times but which identifies the tyre used by each driver to set their fastest lap. 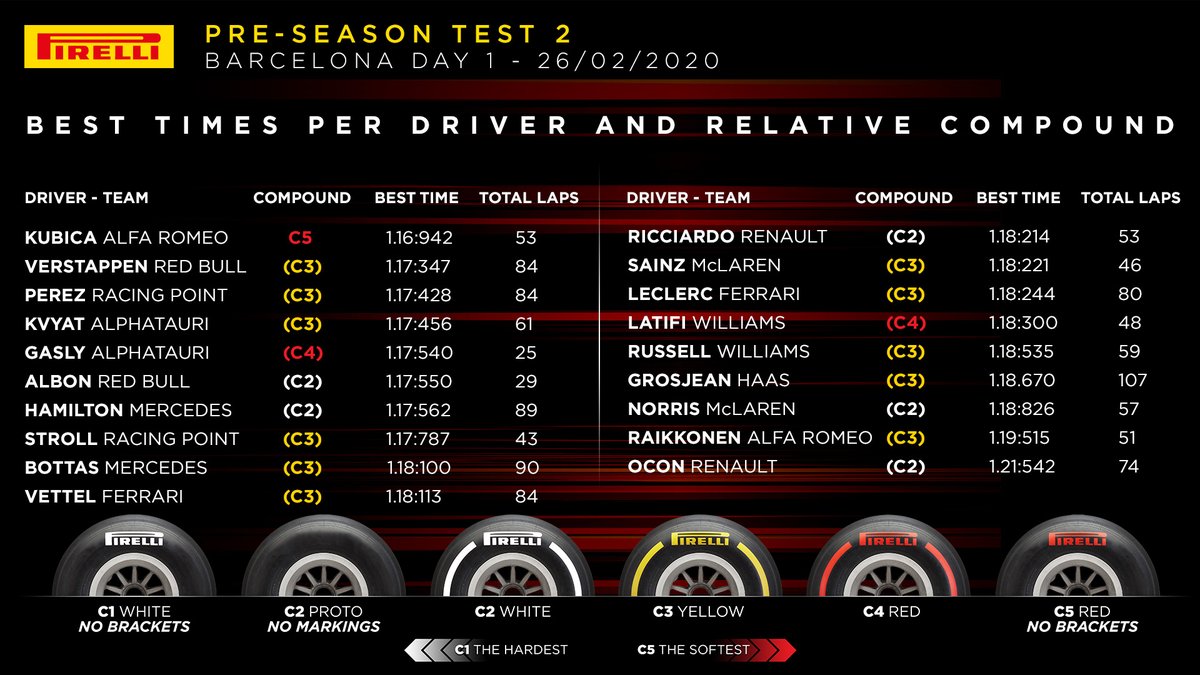