The AlphaTauri team says that it will need to have finalised specifications for its 2021 gearbox by September if it's to make next year's grid on time.

The gearbox design is provided by sister team Red Bull as part of a closer working relationship between the two squads, which also includes a shared approach to suspension and hydraulics.

The sport is set to introduce wide-ranging changes to its sporting, racing and technical rules and regulations over the winter.

That means all teams will need new components in 2021 and can no longer rely on year-old 'cast-offs' as has sometimes been the case in the past.

"We will not wait or we cannot wait until November/December because then we don't get a gearbox," explained team principal Franz Tost.

"It will be decided in August/September whether Red Bull decides, 'Okay this is the gearbox we run’, or whether they are still in the wind tunnel," he told Motorsport.com.

“We will get the parts which are ready with the design in September," he said, not ruling out the suggestion that Red Bull could continue developing the unit beyond that for use on its own RB17.

“If Red Bull Technologies still investigates for their car, then they could have something different, but it will not be completely different.

“Maybe the driveshaft is a little bit lower or higher, or the differential is lower, higher or further forward," he mused. "This will only be a few millimeters.

"Maybe we get the gearbox which is designed in September," he acknowledged. "But for a team like Red Bull Racing, it's important [to continue working] because these small changes - or many small changes - can become a big performance differential.”

Tost confirmed that as a result of the rule changes allowing more sharing of certain specified parts of a car's design, the co-operation between his squad and Red Bull would increase in 2021.

“We will get also next year the front suspension, rear suspension, the gearbox and the hydraulics," he acknowledged.

Bahrain shuts its doors to fans, but race to go ahead 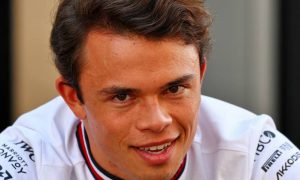 'Max is my big brother in the F1 paddock', says de Vries 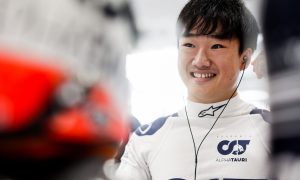 De Vries is one of Tsunoda's 'biggest supporters'