Red Bull's Max Verstappen is just one of a number of established motor racing stars taking refuge in the virtual world of Esports following the shutdown of racing around the world in response to the coronavirus pandemic.

The Australian Grand Prix was cancelled on Friday at the last minute, with the season not expected to resume until the end of May at the earliest.

It's left drivers literally twiddling their thumbs in the meantime - and now they're planning on putting their unexpected spare time to good use by taking part in an All Star Esports battle online racing event on Sunday.

As well as Verstappen, the field includes Indy 500 champion Simon Pagenaud and fellow IndyCar drivers Colton Herta and Felix Rosenquist, after the US open wheel series was also placed on hiatus until May.

Juan Pablo Montoya will also be taking part, as will his son Sebastian - himself a rising star in the world of motorsport.

The race is scheduled to take place on Sunday from 1pm GMT and will be live streamed on YouTube for free, with commentary from BBC Formula E and F1 esports commentator Jack Nicholls.

The event has been put together by Torque Esports in partnership with leading race simulation software rFactor 2, using the Formula ISI 2012 package. Which Grand Prix track layout will be featured remains a top secret - but it definitely won't be the Albert Park Circuit the F1 drivers had been expecting.

“We got wind that Australia wouldn’t be going on, we guessed that the IndyCar race might be canned, and we already knew that the Formula E races were done,” Torque Esports CEO Darren Cox told Reuters. 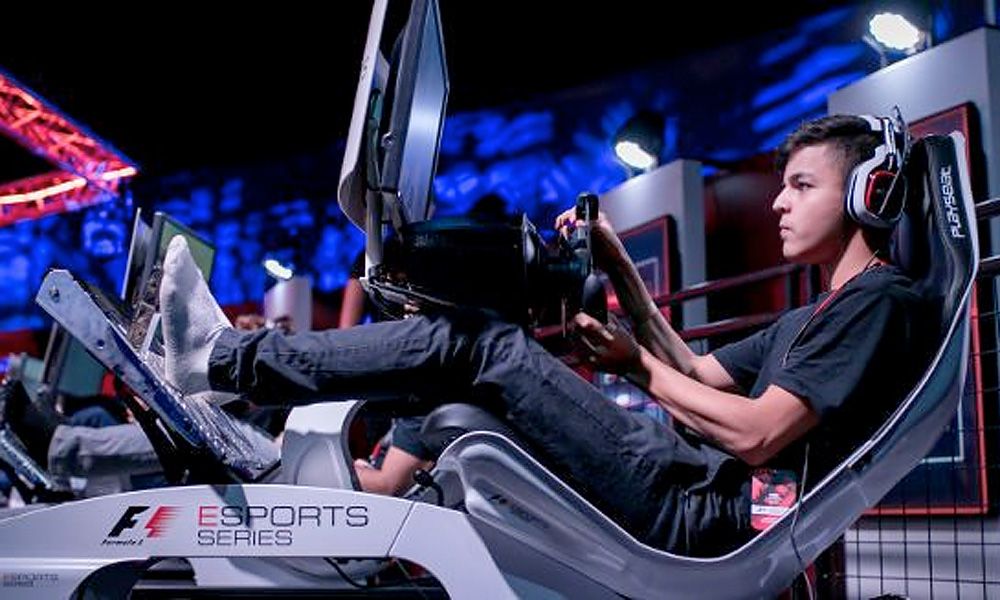 “We started on Thursday morning to put together a plan," he continued. "In 48 hours we’ve turned around what was nothing into something that looks like one of the races of the year,”

“We thought some of the real drivers would fancy a go but the reaction has been absolutely massive. It’s snowballed really."

It's not the only virtual motor race taking place this weekend in lieu of cancelled events. Lando Norris will also be in action online, in an event dubbed "Not the Aus GP".

Even before the formal cancellation of the real world Grand Prix, Norris had already been pulled out of the Melbourne race after one of the McLaren team personnel tested positive for coronavirus. Now he'll get another chance to go racing this weekend.

“Racing in Australia but not actually in Australia,” the 20-year-old said on Twitter. Like Verstappen, Norris is a passionate regular gamer, so he will be immediately up to speed for the replacement event that will pit him against a field of top gamers.

The event has been organised by Veloce Esports, and will be live on Twitch.TV and YouTube from 5.45pm GMT on Sunday afternoon.

Ferrari shutting down operations in Italy