With the dust still settling after the last-minute cancellation of last weekend's Australian Grand Prix, we're starting to get a clearer sense of how the season could end up looking once it gets underway.

F1 and the FIA currently say that they hope racing to resume at the end of May. While that still leaves the window half-open for Monaco to go ahead, the reality is that Baku looks set to be the season opener on June 7.

If that's the case it seems likely that Canada, France, Austria, Great Britain and Hungary will then go ahead as originally planned through the rest of June and into July, subject to local controls combating the spread of the virus.

F1 is also believed to be studying the possibility of squeezing the postponed Spanish Grand Prix into the gap between Silverstone and the Hungaroring, provided tough local travel and social distancing restrictions are relaxed in time. However Spain is thought to be less likely to be saved as it's not seen to be as important to be rescheduled as other events that need to be given priority.

The start of August would normally be the point where the annual shutdown kicks in, but now the summer break will probably be used to pack in postponed races in China (potentially on August 9) and the Netherlands (on August 23).

The return of the Dutch Grand Prix would be condensed to a two day schedule, despite the local promoters at Zandvoort having spoken out against the idea. The next two Grand Prix weekends in Belgium and Italy will be similarly slimmed down to ease the pressure of a gruelling 'triple header' back-to-back stint on team personnel.

After that the next six races in Singapore, Russia, Japan, USA, Mexico and Brazil should mostly stick to the original weekend format and calendar slots. 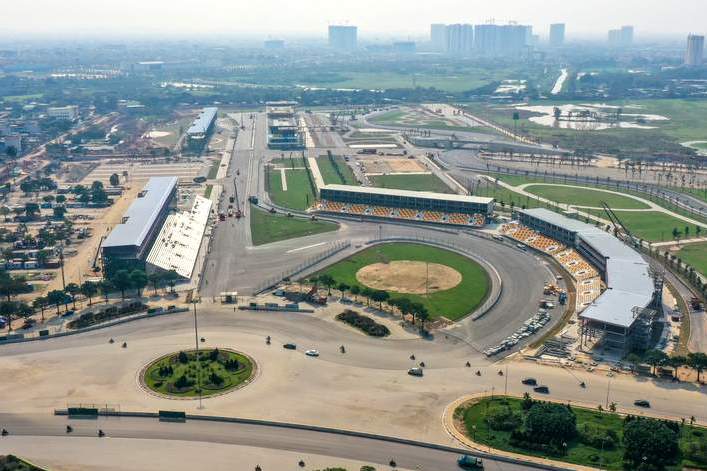 Formula 1 is then hoping to insert the maiden Vietnam race - an important event for F1 owners Liberty Media - back into the schedule on November 29, pushing the season finale at Abu Dhabi back one or two weeks to December 6 or 13.

There's no place in the current plans for the Australian Grand Prix, and no fall back for Monaco if it doesn't go ahead in May because of the length of time it takes to construct the temporary street circuit.

Bahrain is also missing from the tentative calendar, but it's understood that F1 still wants to run the postponed race in Sakhir if possible - possibly just before Abu Dhabi - and that the local organisers are aiming to be flexible about finding a slot.

This year had been expected to see a record 22-race championship. But if the rescheduling goes ahead as outlined - and ends up excluding Australia, Bahrain, Spain and Monaco - the season will now feature 18 races over approximately 182 days.

However all this speculation comes with a big note of caution, with the situation regarding the coronavirus changing not just day by day but hour to hour - including today's announcement that the Euro 2020 soccer tournament is to be pushed back a year.

IndyCar determined to save Indy 500 from coronavirus