The days when drivers retained a signature helmet design for the duration of their career in F1 are long gone, with most of today's sparkling lids receiving a makeover at the start of each new season.

In 2015, the FIA clamped down on in-season design changes, although minor tweaks and one full remodeling were authorized.

But from this season - which hopefully will get underway at some point in the coming months - the governing has once again allowed drivers the freedom to change and revamp their lids at will.

As one of F1's more creative characters and a man in search of a bit of originality, Daniel Ricciardo introduced a colorful and street art-like motif. The Aussie gave the skinny on his 2020 lid.

"In recent years I’ve had more freedom with the overall design of the helmet, and when I looked at my cabinet where all of my helmets are lined up, I noticed all of the older ones generally looked the same," Ricciardo explained.

"So going forward, I want every helmet to be a piece of art and each year it will represent something different." 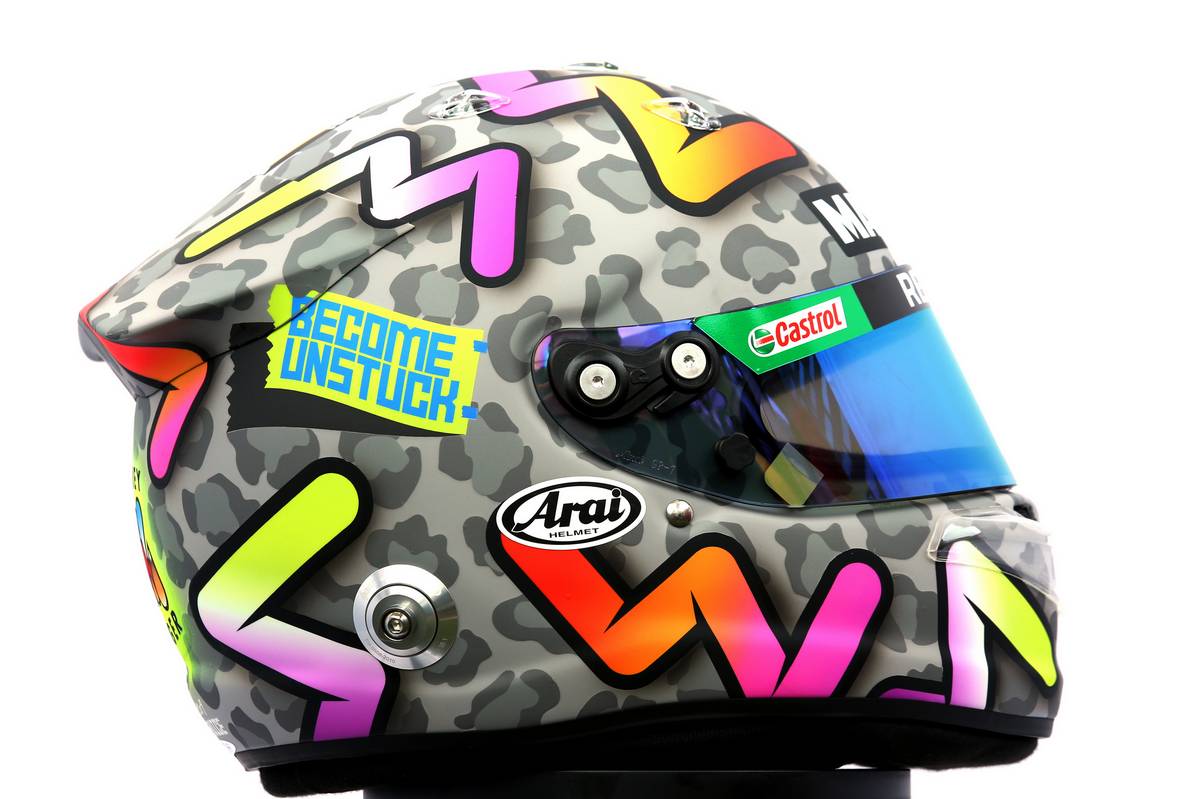 Like his 2019 helmet, the Renault charger entrusted his 2020 design to Los Angeles artist Nicolai Sclater from Ornamental Conifer.

"I’ve worked with Nico from Ornamental Conifer again, and I feel it’s something different again this year," Ricciardo added.

"The base of the helmet is a sort of leopard print style, not necessarily obvious in its colours but with the use of pastel greys and charcoal.

"We have more layers applied to the helmet again and this helps to give parts of it more pop.

"This year my title for the helmet is ‘become unstuck’. It’s a similar trend to last year’s messaging, where it’s all about not getting caught up in the same old stuff and how it’s important to pull yourself away and do something on your own." 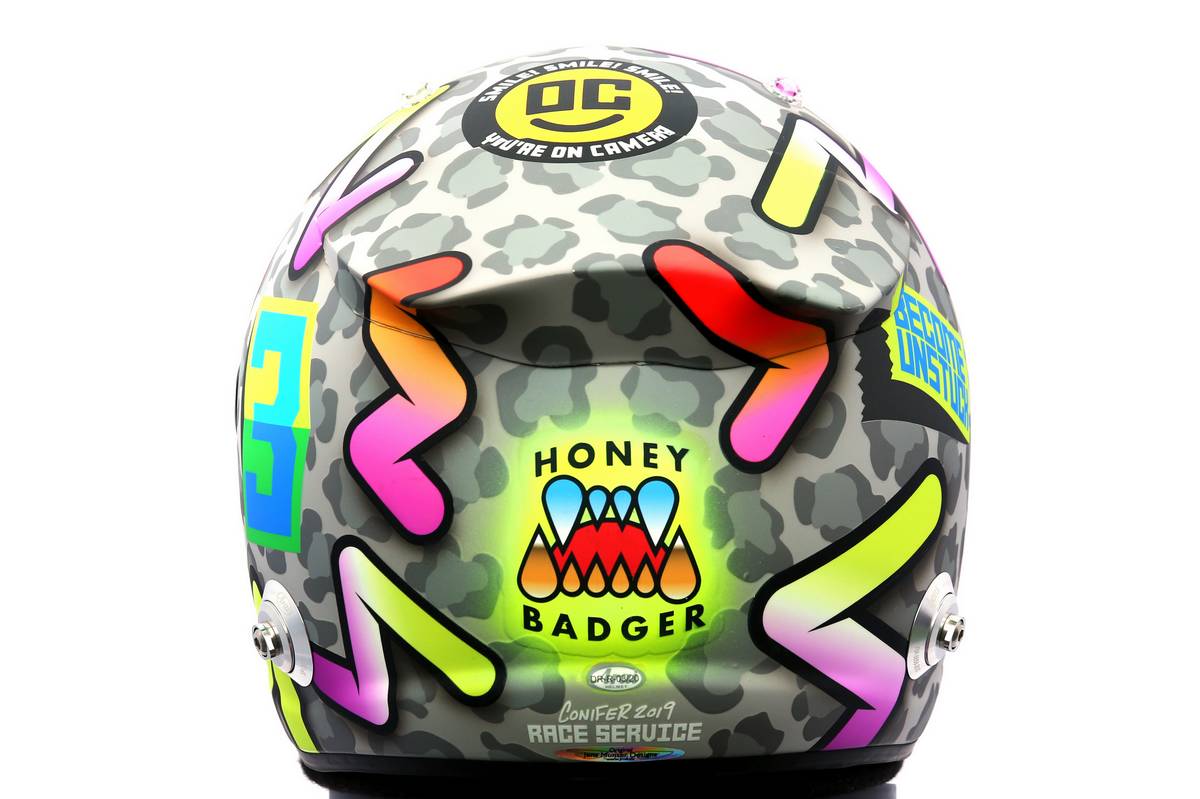 And what is the Honey Badger's favourite part of his new design?

"I love the entire helmet and it’s tough to single out one aspect," he said.

"I do really like what Nico has done though on the top of the helmet this year, and we noticed a lot of camera on-boards last year caught a lot of the pink on the helmet.

"So, this year Nico has created a logo that is visible for the on-board camera shots which says, ‘smile you’re on camera’, it’s quite witty and funny."