Mercedes says there is no ground to believe that Ferrari has been involved in the alleged data theft that resulted in legal action against Benjamin Hoyle.

Mercedes is suing the engineer, who joined its engine department High Performance Powertrains in 2012, for taking confidential information. This included a grand prix report, mileage and damage data relating to the manufacturer's power units, and files containing code required to decrypt race data.

The German constructor also stated it understood that Hoyle was about to join Ferrari at the end of this year, but the Scuderia immediately distanced itself from the case by saying it would not hire the engineer.

Having claimed in the court filings that “Mr Hoyle and potentially Ferrari have gained an unlawful advantage”, Mercedes issued the following clarification statement on its website:

“There are on-going internal investigations, regarding confidential information being removed from Mercedes by Mr Hoyle, in order to protect against potential damage to both Mercedes and any company which could potentially receive such information," read a clarification issued on the Mercedes website.

“Mercedes will continue with these investigations until it can conclude that all the confidential information is recovered, which is anticipated to take a further two to four months.

“The investigation has shown no reason to believe that information has been transferred to Ferrari nor have any of the court documents made any allegation regarding any inappropriate conduct by Ferrari.

I am still the right fit for McLaren – Dennis 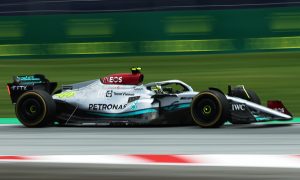