Dutch GP sporting director Jan Lammers says Zandvoort would only accept to hold a race behind closed doors if Formula 1 waives its franchise fee and assumes all operational costs.

Formula 1 is hard at work trying to rebuild a 2020 calendar following the disruption caused by the coronavirus crisis.

The Dutch Grand Prix is among the ten races that have so far been cancelled or postponed.

The sport's chiefs hope to raise the curtain on F1's 2020 season in Austria in early July and follow up with a string of European events that would unfold over the summer, with double-header race weekend also under consideration.

Zandvoort is open to hosting a race without spectators during the August period, but not at all costs.

"The fact that we won’t earn anything from it, and that we would invest a lot of time and energy into it, is a way that we would be helping the sport as well," Lammers told Motorsport.com.

"But it has to be a responsible thing to do for Circuit Zandvoort, especially from a financial point of view. To put it simply: it shouldn’t cost us any money.

"So if FOM and Liberty want to hold a race at Zandvoort without fans, they have to pay for all of the operational costs. And that is quite a substantial amount of money."

The need for F1 to beef up its summer schedule has seen other circuits emerge from the woodwork and offer to run an event. Such is the case with Hockenheim and Imola, both of which claim to be ready to help F1 make up its race numbers. 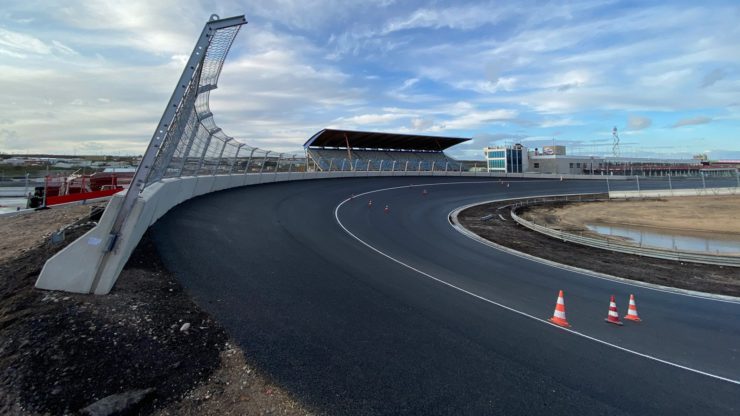 But Lammers fears those tracks could then assert their right to remain on the calendar in the future.

"What we’re asking for and need to run a grand prix behind closed doors at Zandvoort is compared by F1 to Hockenheim, for example," noted the former F1 driver.

"They’ll probably offer to host a race for free or at the cost price. The same goes for Imola and some other circuits.

"But as soon as a grand prix is run there, those tracks will try to stay on the F1 calendar. They will say: 'We helped you during the corona crisis’, and try to negotiate that in a commercial way."

Ultimately, Lammers isn't worried that the Dutch Grand Prix's return to the calendar could be delayed by one year.

"It might take a year longer. But whether we come back after 35 years or 36 years, it doesn't make such a difference on that scale, he added.

"It might also be better if the coronavirus [pandemic] is largely behind us and we can organise a normal event. The event we had planned is difficult to change into a 'social distancing event’.

"If you are allowed to organise a race with fans again, you want to have a great party with thousands of people."