The action-packed event that was run over 70 laps of the Indianapolis Motor Speedway deteriorated into chaos in the final laps when Penske's Simon Pagenaud deliberately took out McLaren's Lando Norris who was leading the race.

The incident was followed on the final by a collision mere yards from the checkered flag between a clumsy Santino Ferruci and Arrow McLaren SP's Oliver Askew.

'I know it’s virtually and people class it as a game, it’s become quite a bit more than that over the last few weeks," the 20-year-old F1 driver told ESPN.

"Not only because it’s on TV but personally for different drivers and teams and sponsors, there’s companies and teams and so on which still need this advertising, TV in America with thousands and thousands of people watching it, it’s more than a game now.

In the aftermath of the tumultuous event and the reactions it generated, RACER's Pruett revealed on Twitter that a few fans took the on-track antics far too seriously.

"I’ve been told at least one of the drivers involved in Saturday’s iRacing drama at IMS have received threats against their lives via social media direct message," he wrote. "Come on, man." 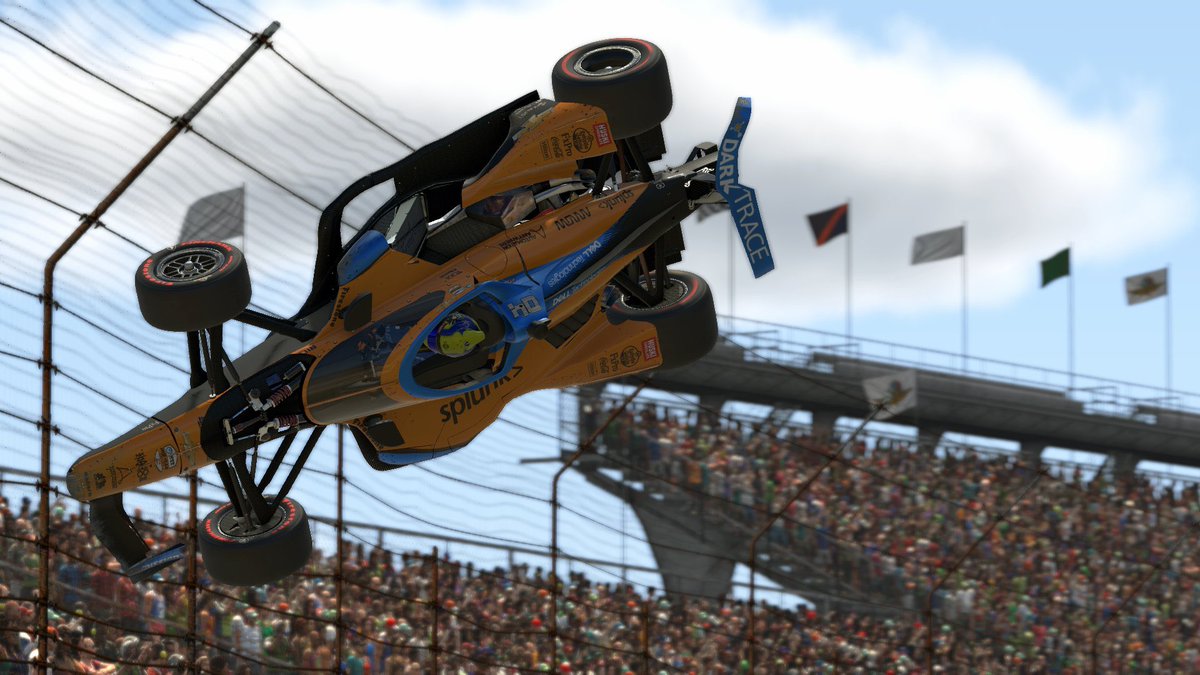 It's unclear who was the driver targeted by the disgruntled fans, but one Twitter poster suggested that Norris' negative - albeit fully justified - comments on ESPN's post-race podcast were "stirring the pot".

But Marshall dismissed that allegation.

"No. Lando expressing his ongoing frustration does not equate to being responsible for people threatening Pagenaud or anyone else," replied the reporter.

IndyCar driver James Hinchcliffe suggests that on-track problems have occurred in part because not all racers approach the online arena with the same level of seriousness.

"For me, the lesson learned is that there are two ways to go about sim racing: Very seriously and very competitively with something on the line and in a well-structured system, or loosey-goosey, have some fun with it, and let’s entertain some fans," Hinchcliffe told RACER.

"But we were stuck in no-man’s land. We were in the neutral zone, and it wasn’t the best place to be."

Renault wants clarity on secret Ferrari deal 'to move on'