AlphaTauri's Daniil Kvyat says a crucial test with Ferrari at Fiorano in 2018 reignited his desire to return to Formula 1.

After an inconsistent spell in F1 with Toro Rosso and Red Bull Racing that ended with his premature departure from the grid after the 2017 US Grand Prix, Kvyat found refuge at Ferrari the following year, the Russian being handed a simulator role with the Scuderia.

Kvyat's arduous sim work was rewarded with a run in a Ferrari SF71H when he was entrusted with a Pirelli wet weather test at Fiorano.

Kvyat remembers the day as a mental turning point that would help him get back in the saddle when Red Bull's Helmut Marko gave the 25-year-old a second shot at F1 last year with Toro Rosso.

"In the end I tested that year’s car once in Fiorano," Kvyat recounted on F1's latest Beyond the Grid podcast. "That was very emotional for me, because it is a Ferrari, in Fiorano.

"It was really cool. I hadn't driven anything for six months or something, and I was enjoying it so much.

"Also, that test was very strong, very consistent and good lap times. Everyone was quite happy."

And yet Kvyat's productive day at Fiorano had started with a fair amount of apprehension.

"I remember I was very nervous at breakfast," he admitted.

"I thought, 'OK, just try not to spin on the out-lap', because I hadn't driven a car for a while and I was a bit worried.

"But luckily I went on track and I just started to brake later and later and that was good." 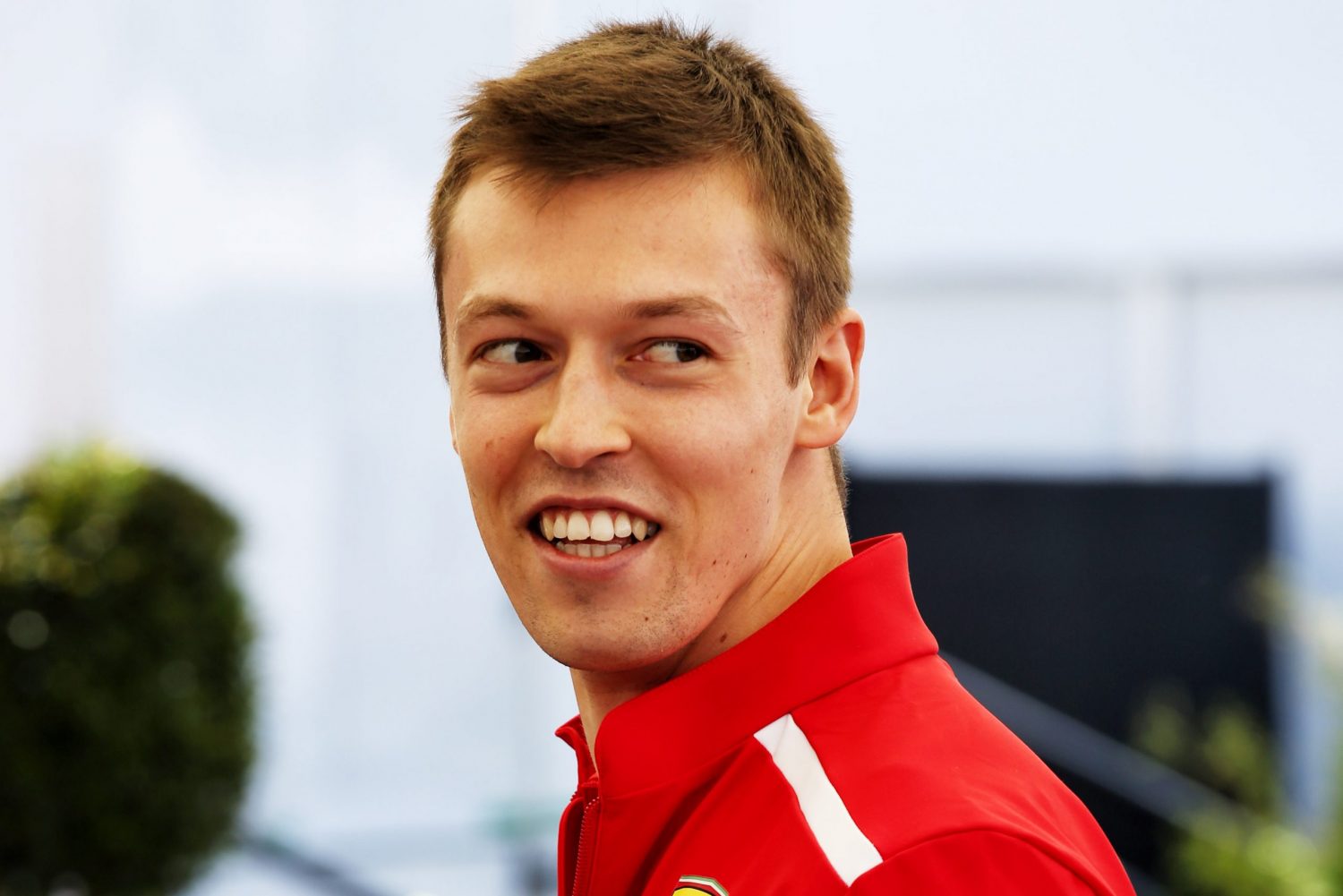 In hindsight, Kvyat believes his forced year on the sidelines after his tumultuous period with Red Bull proved beneficial and confidence-building.

"I felt like I needed the break after not so easy times," said the 26-year-old. "It was very nice in a way to spend some time at home, to just do training to clear your head and sometimes do nothing.

"I still had a job that I enjoyed in a way as a development driver for Ferrari and I like Italian teams very much. Ferrari has a huge history.

"It wasn't the job that I wanted, but I felt that I was giving the result to the team and I was helping to develop the car.

"They felt that I was doing my best for them and it felt very satisfying to do that job in a way."