Saturday's final round of the IndyCar iRacing Challenge ended in drama and controversy after Lando Norris was denied victory in the 175 First Responder presented by GMR, following contact with Simon Pagenaud.

Having won his maiden IndyCar Esports event last week at the Circuit of the Americas, Norris had been invited back for this week's round held on a virtual simulation of the world-famous Indianapolis Motor Speedway.

Norris has started from the front row alongside pole sitter and eventual race winner Scott McLaughlin, and with four laps to go he broke free to claim the lead of the race.

2019 Indianapolis 500 champion Simon Pagenaud was already out of the running for the win after colliding with Graham Rahal, But as he returned to the track, a video feed of a conversation between the French driver and Penske race engineer Ben Bretzman saw them decide: "We take Lando out, let's do it!"

Sure enough, moments later Pagenaud's car slowed on the racing line and caught out Norris, who drove into the back of the #22 causing him to lose the lead. The response from fans on social media was hostile, while the F1 star himself was also not happy - especially after seeing the video of Pagenaud's earlier tactical talk.

Pagenaud later insisted that the crash really had been a simple accident. “I was spinning, I didn’t mean to do that," he said, adding: “I didn’t mean to crash into him!"

“He’s such a liar,” Norris responded, who was still able to laugh about the clash after the end of the race which saw him limp home in 21st. “Yeah you did, mate. Yeah you did. That is amazing. What a loser.”

Norris talked with Pagenaud after the race and said that his rival has apologised for the incident.

“So he tried slowing me up a little bit and was going to come into the pits. Had no intention of taking me out. Just wanted to slow me down…by letting off in the middle of the corner and braking right in front of me."

Although the race wasn't for big money or real world glory, Norris was clearly irked to have come away with so little reward for all the work he'd put in during the week ahead of his superspeedway debut. 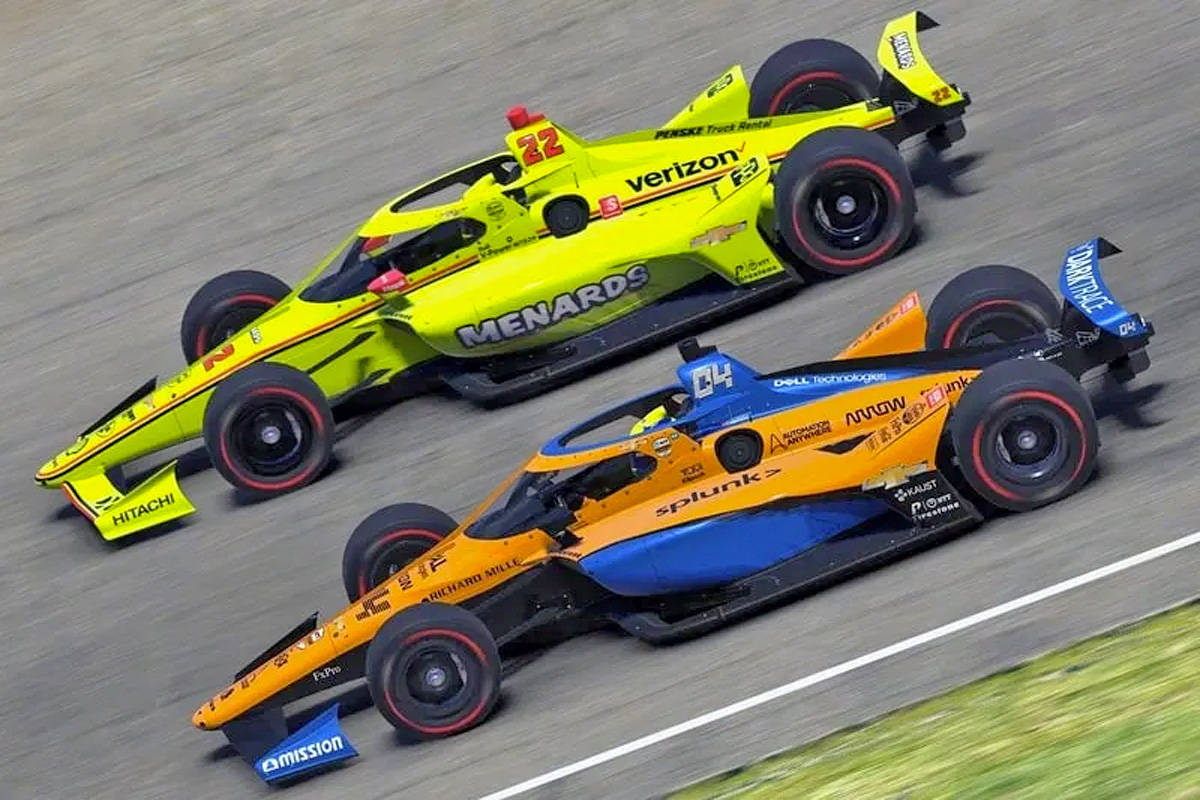 “Do you know how many hours, how much time I put into the left [turn]?" he explained. "How many hours I’ve spent driving in a straight line? And then just doing this," he said, acting out a small left hand turn correction typical of oval racing.

“I must have spent a day in total, I reckon I’ve spent 24 hours flicking driving in a straight line and turning left, trying to perfect it. With the most delicate touch, I’ve tried doing it one-handed, with my knee. 24 hours!

“And then because that guy gets a bit salty that a non-IndyCar driver is about to win an Indy race. It just ruins it. So, yeah, that’s that.”

Norris found support from another former F1 driver Max Chilton, who was himself briefly in the running for victory in the closing laps.

There was further controversy at the very end of the race when Askew's bid to take the win was denied by Santino Ferrucci colliding on the final straight heading to the chequered flag.

With both cars sent rolling, it allowed McLaughlin to take the win ahead of Conor Daly, with Ferrucci classified in third ahead of Askew and the third Arrows McLaren SP car driven by Pato O'Ward. 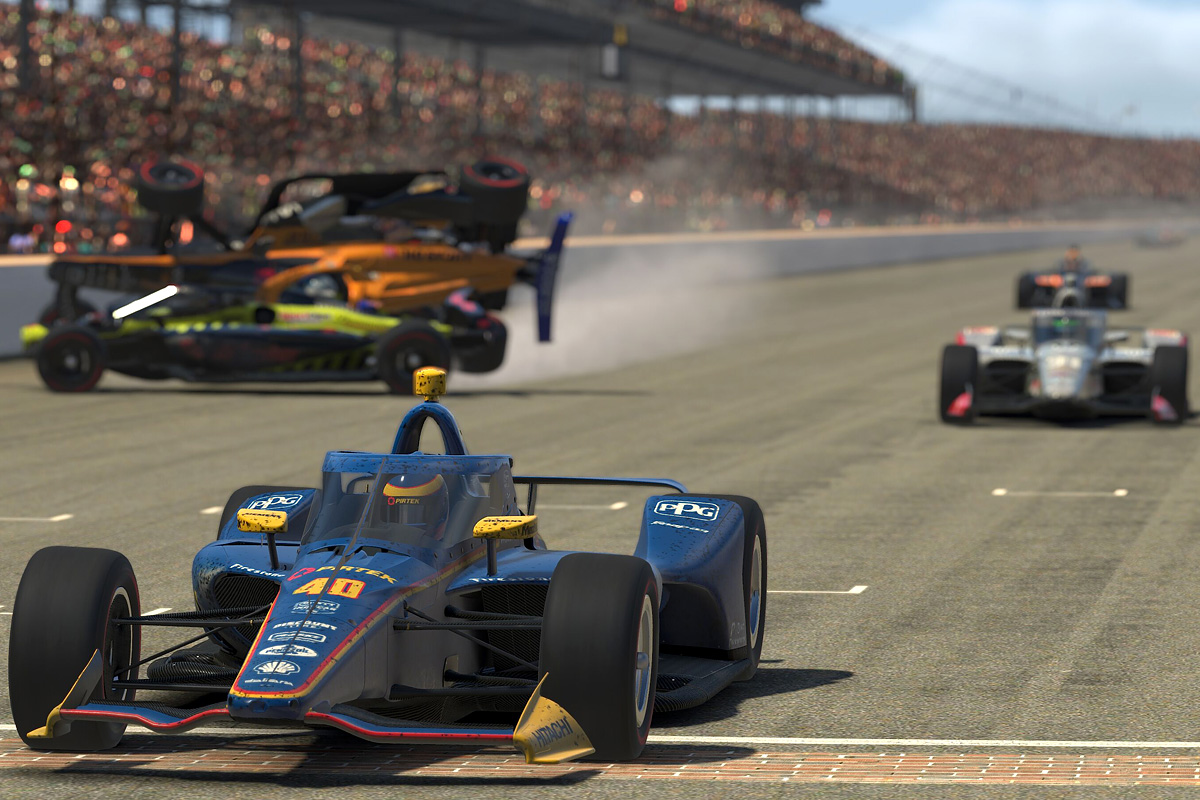 "It was a wild race," said Ferrucci afterwards. "We were sitting fourth going into the final lap, and I watched everybody get slowed up there coming out of last corner, and I was catching Askew.

"I was trying to get on his door because of the NASCAR style, and I got a little too close, and I think I turned just a touch too aggressive, and that's my fault. That's definitely my mistake there.

"I did not mean to come across the line through the air to a virtual finish, but
also at the end of the day, we're racing on a video game, and I am second, he is first, and I was doing everything I could to put our car in first place in Victory Lane.

"But that was generally my mistake, and I am sorry about that."