Moers, 54, will take assume his new role at Aston's headquarters in Gaydon, Warwickshire as of August 1 while former CEO Andy Palmer has stood down with immediate affect.

Palmer's days were numbered following Aston Martin's financial restructuring spearheaded by Canadian billionaire and Racing Point owner Lawrence Stroll, the company's revamping coming on the back of dwindling sales and the collapse of its share price.

"The board has determined that now is the time for new leadership to deliver our plans," Stroll said in a company statement released on Tuesday.

"He is an exceptionally talented automotive professional and a proven business leader with a strong track record during his many years at Daimler AG, with whom we have a long-standing and successful technical and commercial partnership, which we look forward to continuing.

"Throughout his career he has delivered product expansion, strengthened brand positioning and improved profitability.

"He is the right leader for Aston Martin Lagonda as we implement our strategy for the business to achieve its full potential.

"Our ambition for the company is significant, clear and only matched by our determination to succeed."

As a reminder, the Aston Martin name will return to Formula 1 next season as a result of its partnership with Racing Point F1.

Renault to hold out on deciding Ricciardo replacement 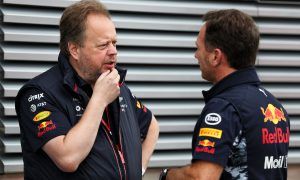 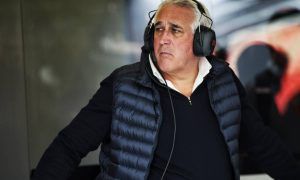