The Rebellion Williams Esports squad has taken an impressive grip on this weekend's Virtual Le Mans 24 Hour race, holding a 1-2 advantage over the rest of the LMP field at first light on Sunday.

The #1 entry in the hands of Raffaele Marciello held a 40-second advantage over its #13 stablemate driven by Michael Romanidis and Marc Gassner heading into early morning pit stops.

At the start of Hour 16, polesitter Jernej Simoncic was third in the #4 Bykolles - Burst Esport car, around half a minute ahead of the third of the four Williams entries driven by Jack Keithley.

Nicolas Lapierre had been in contention until running out of fuel on pit lane, the COOL Racing car requiring what looked to be a push from Andre Negrao in the #36 Signatech Alpine to eventually make it to his pit box.

Elsewhere it had been a somewhat torrid time for a lot of the familiar 'real world' race drivers in their first major foray into the world of endurance online gaming.

Toyota Gazoo Racing's Brendon Hartley suffered a crash at Indianapolis during the first hour, a shunt that was replicated first thing on Sunday morning by Sacha Fenestraz in the #18 Veloce Esports 3.

The eponymous #14 FA/RB Allinsports entry of Fernando Alonso and Rubens Barrichello also suffered early problems. Alonso incurred significant damage and a penalty for a clash with the #94 Porsche driven by Simona de Silvestro 30 minutes into the race,

The penalty kicked in just when he needed to refuel, and led to the car grinding to a halt on the entry to the Mulsanne corner just 90 minutes into the race. 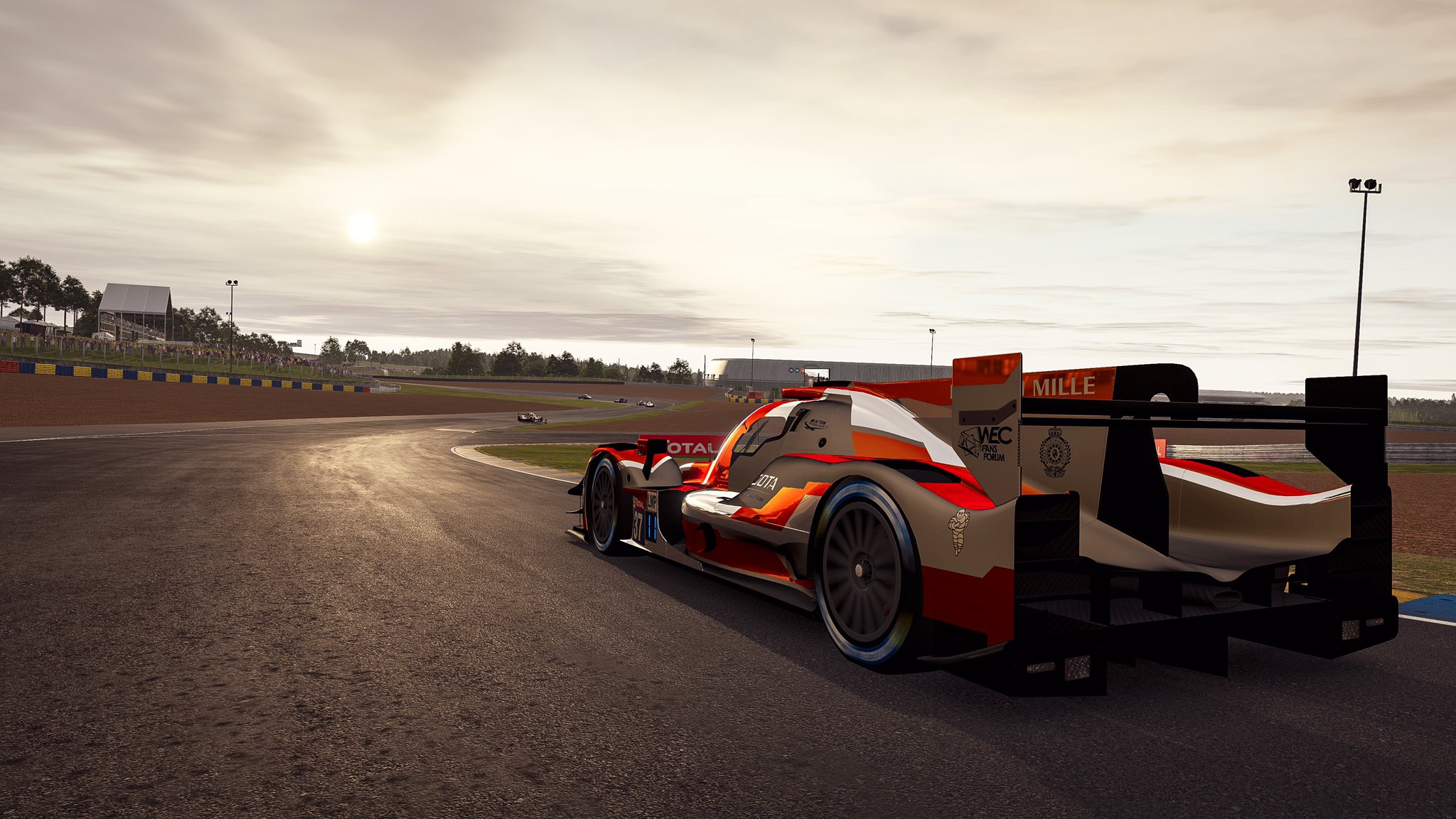 “A combination between human error and a game glitch put us in a bad situation," Alonso explained in a video later posted on Twitter. "The race directors gave us a penalty when we were on the pit lane, which is a little bit unusual.

"The game doesn’t allow you to block that penalty – to serve it a lap later, at least to put [in] fuel," he added. "It serves the penalty but doesn’t put [in] any fuel or tyres, so we didn’t have fuel for the following lap.

“That glitch and probably that penalty when we were on the pit lane was not expected for anyone," he noted. "Unfortunately not the race we were hoping for, and we did good preparations, so we will have fun on the next one."

Alonso and his co-drivers were later allowed to resume after the rFactor 2 platform suffered a technical issue at the end of the fifth hour and was briefly stopped under red flag conditions to be reset. 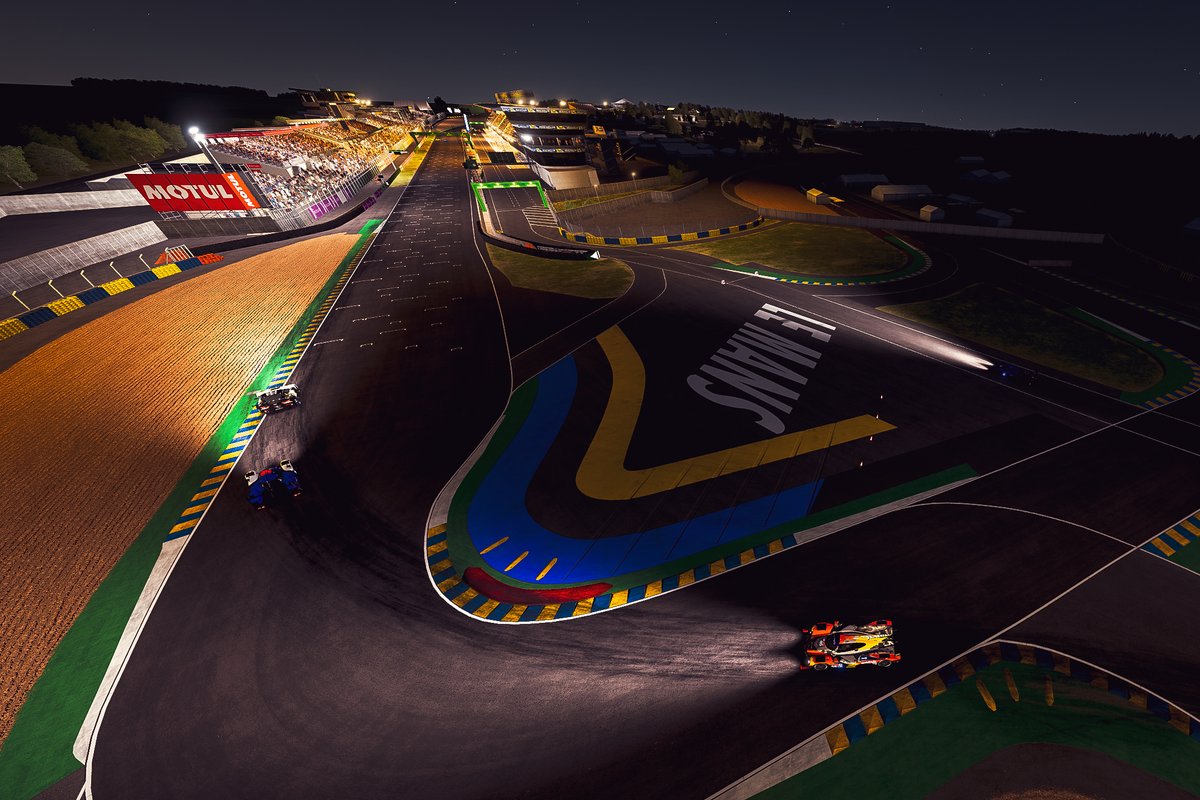 However ten hours into the race Verstappen picked up damage in a pit lane clash with the #21 Axle Motorsport entry with Verstappen then hitting the barriers as he went through the Porsche Curves, costing him the top spot and sending him plummeting down the order. The car then initially retired following a another crash for Atze Kerkhof, but subsequently resumed following a later red flag stoppage.

In the GTE class, the #93 Porsche entry with Josh Rogers at the wheel continued to hold a comfortable lead of over a lap from the rest of the field headed by two Porsche factory entries driven by Nick Tandy and Mack Bakkum.

In the #52 Ferrari 488 entry, Charles Leclerc suffered a terrible second stint and spun off after exiting pit lane in second place, then suffering a slew of technical issues as a result which dropped him to last place before he handed over the wheel to Antonio Giovinazzi.

Leclerc subsequently confirmed that the virtual event had given him a real desire to tackle the endurance race for real at some point in the future.

"This is something I’ve wanted to do even before trying this virtually," he told Motorsport Network’s Director of Digital Strategy Jess McFadyen. "It’s a mythical race in motorsport and definitely one day I would like to be part of it."

The race can be streamed live online from Motorsport.tv.

Ricciardo: 'I'm in that top group that can beat Hamilton'